Birmingham is the second-largest city in the UK after London and today desperate pleas have been made by city officials to request the one million residents act responsibly. Only Bolton has reported a higher rate of seven-day coronavirus infections, but is Birmingham currently under new restrictions?

New lockdown restrictions are expected to be put into force in Birmingham on Friday.

The expected announcement comes after the number of hospital patients with coronavirus doubled in the city in just one week.

Strict measures are expected to be imposed later today after just two days of talks between the Government, regional health and local authority leaders.

The news also comes as the Department of Health and Social Care announced the new COVID-19 tracing app will be launched across the country later this month. 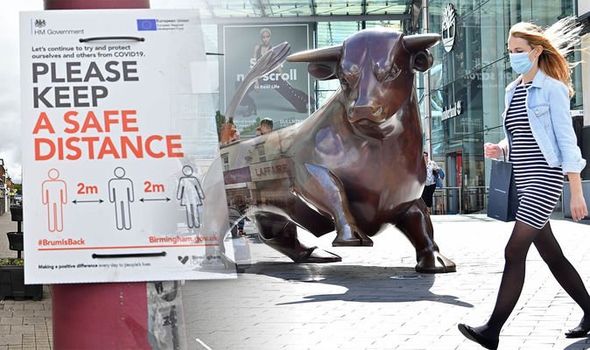 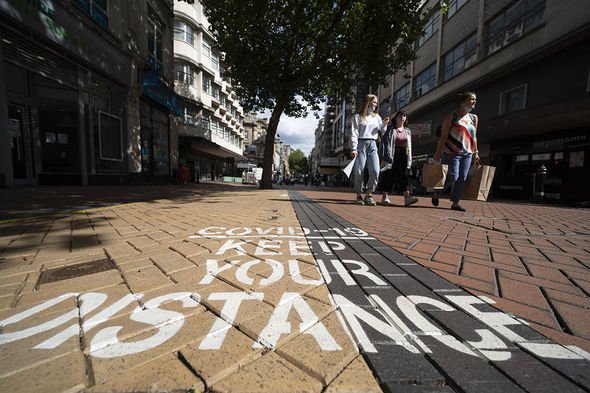 The COVID-19 app will be launched across England and Wales on September 24.

The department said ongoing trials in the London Borough of Newham on the Isle of Wight and NHS Volunteer Responders show the app is “highly effective when used alongside traditional contact tracing to identify contacts of those who have tested positive for coronavirus”.

Businesses across the country including pubs, restaurants, hairdressers and cinemas are being urged to ensure they have NHS QR quote posters visible on entry before the rollout.

These QR codes would allow customers who have downloaded the app to check-in, which enables better tracking and tracing. 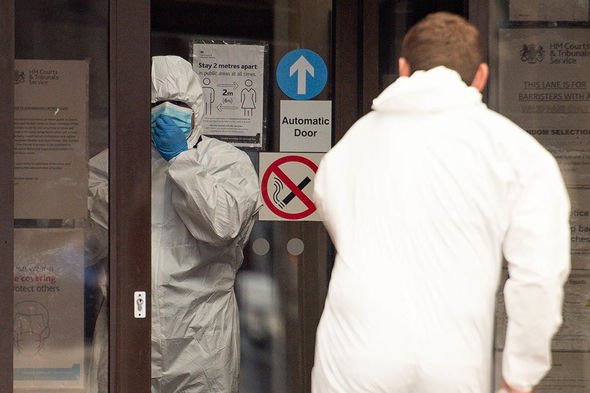 In total there are currently 68 patients undergoing treatment across Birmingham.

Seven of those who are undergoing treatment are aged between 40 and 75 and are in intensive care.

There have been 7,626 cases of coronavirus in Birmingham according to the Government’s coronavirus dashboard.

Is Birmingham in lockdown?

However, as of midday on Friday, there are no restrictions in place in Birmingham.

Public Health England data showed on Thursday that Birmingham had the second-highest seven-day infection rate in England, after Bolton. 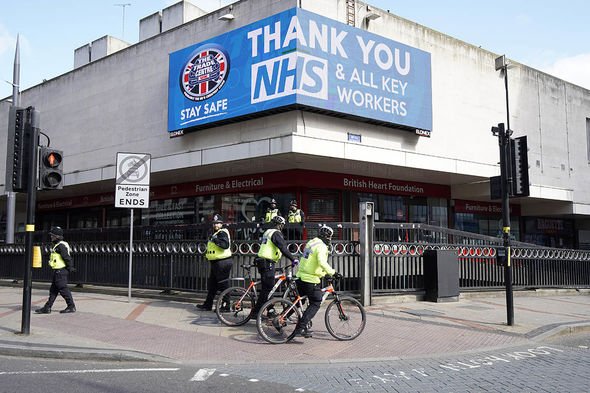 A ban on visitors to private homes and gardens is expected to feature in the new coronavirus rules announced in Birmingham on Friday.

It is thus far unclear what areas the rules would cover, but the new restrictions are expected within hours.

Chief executive at University Hospitals Birmingham Dr David Rosser told Birmingham Live: “If I had a vote (about local measures) I would say to do something now.”

He added: “Even if we brought in some sort of social measures today to stop the spread completely we would still expect to see cases double in a week – those people have already got it, they just don’t know it yet.

“We have seen hospital admissions double in a week and I expect it to double in the next week again – it’s an exponential curve. We are in the foothills of that curve.”

The Health Secretary Matt Hancock spoke of this potential lockdown in the area on Thursday.

Mr Hancock said: “We are seeing some sharp rises in cases across many parts of the West Midlands.

“And so we do take these decisions on a localised basis.”

Why is a lockdown so likely in Birmingham?

Gatherings during August and especially over the bank holiday weekend have been hailed as a cause of the increase in cases.

An increase in testing capacity is also likely to have produced more positive results.

The reopening of licensed premises such as bars, pubs and restaurants, has prompted a disregard or more thorough flouting of contract-tracing rules and social distancing.