Speaking at a press conference in Birmingham, Mr Jamieson claimed it was almost “inevitable” the current coronavirus climate would result in a growth of violent crimes. He said: “I’m sure police will be taking tough action and we’ll be reviewing this with Birmingham City Council as well as to any further measures that may need to be taken in the city centre. We’re well used on a Friday and Saturday night to activity but I think what is different is the randomness of this particular event but also other events happening as well.

“The amount of violence that is happening is actually very, very disturbing.

“I have been saying for some time, in the context of COVID-19 that a lot of the feelings people have and not being able to get out and combine that with people who are now unsure about their future and their jobs, it was almost inevitable that we would see a growth in violence.

“I’m not saying this is directly related to that but nevertheless we are seeing now a growth of violence amongst younger people, particularly younger males.

“We’re seeing that growing across the region.”

He added: “My fear is that if we don’t address that and some of the underlying problems with some urgency, then we could see that grow.

“But, notwithstanding that, Birmingham is a good place, it’s a good place to be, it’s a safe city and it is regrettable that this awful incident happened last night.” 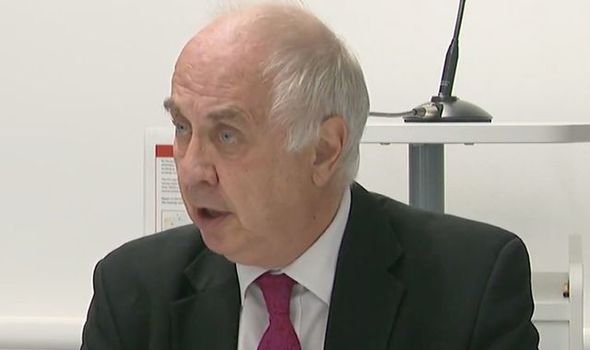 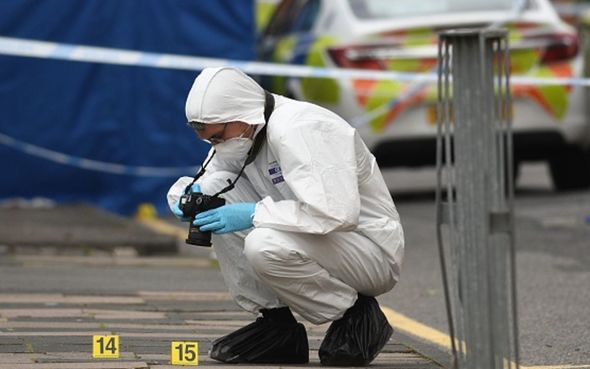 Chief Superintendent Steve Graham from West Midlands Police has said a series of stabbings in Birmingham overnight are linked and police are searching for one suspect.

He told reporters officers were called to reports of a stabbing in Constitution Hill, north of the city centre, and the suspect worked north-to-south.

He said: “We are still in the early stages of that inquiry but I can say that we are treating all four of those incidents as a linked series.

“We are searching for one suspect and inquiries to identify and then trace that suspect are ongoing.”

Two people who were critically injured are still being worked upon as a result of the injuries they received as part of that attack.

He added there was “absolutely no suggestion” that guns were involved in the incident.

Mr Graham said there was “absolutely no suggestion at all” the series of stabbings was related to terrorism.

Mr Graham added the stabbings appeared to be a random attack and there was no evidence the incident was motivated by hate towards any particular group nor gang-related.

“Clearly those of you who know Birmingham city centre know that Hurst Street is part of the gay community’s night-time economy but there’s absolutely no suggestion at this point that this was in any way, shape or form motivated by hate.”

Asked whether the incident was gang related, he said: “At this stage we can’t find a particular motive but it does appear to be random in terms of the selection of the people who were attacked.”

He also said there was no evidence to show it was related to “people squabbling over tables” in the city centre. 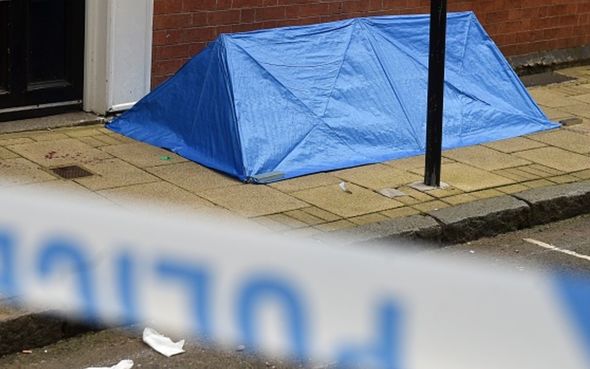 A team of St John Ambulance volunteers at the SafeSpace project at the Arcadian were also involved in treating casualties and conveyed one of the patients, WMAS added.

A total of seven patients were treated by ambulance staff – five of which were taken to the major trauma centre at Queen Elizabeth Hospital Birmingham.

Three of the five taken to the major trauma centre had critical injuries and one man was pronounced dead shortly after arrival, WMAS said.

The ambulance service said an eighth patient with minor injuries did not receive ambulance treatment.