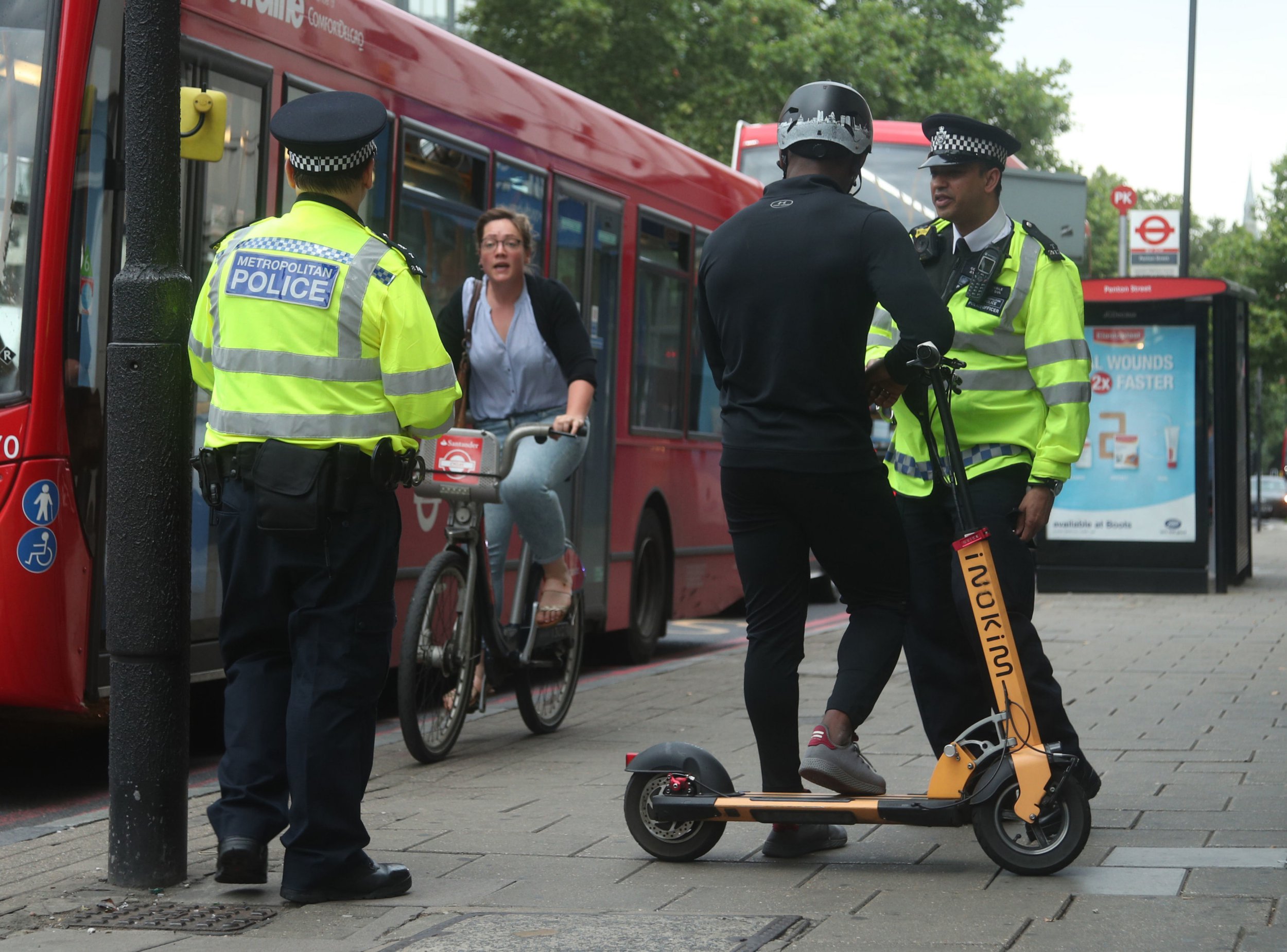 A disproportionate number of black people on E-scooters are being stopped by police in the capital, figures suggest.

London has cracked down on E-scooters this year after it became illegal to ride them on public roads.

Instead, riders can use the city’s rental schemes which offer less powerful scooters in several different boroughs.

But scooters are still new territory for the capital and the Metropolitan Police, which seized more than 1,000 scooters in June, and many Londoners are not aware of the rules.

Although black people only make up about 13% of London’s population, they account for 30% of all traffic offence reports (TORs) issued between January and May.

Comparatively, white people, who make up about 60% of the city’s residents, account for 50% of TORs in the same time period.

But even before getting ticketed, it looks as if black people are more likely to get stopped in the first place.

Around 80% of black riders who get TORs, get busted for offences such as not having insurance – which officers could only know after stopping them.

While just 67% of white riders who get TORs are written up for the same thing.

Black people are also twice as likely to be prosecuted for scooter offences than white people.

On top of this, half of all TORs issued to people under the age of 17 were handed to black children.

The director of equitable policing non-profit Unjust, Katrina Ffrench, said: ‘Across the board there is an over representation of Black people in engagements with police.

‘There is a lot of stereotyping that young Black men are up to no good. It’s about them being seen as suspicious by police officers.’

The Met said: ‘Privately owned e-scooters are illegal when ridden on public roads and pavements, cycle lanes and publicly accessible land, including parks and car parks.

‘Private e-scooters cannot be use on a road because they are illegal. They are mechanically propelled vehicles made or adapted for use on the road and as such require insurance, valid licences and pass an MOT.

‘Currently these devices are not legal for use on the road as they cannot be insured, there is no valid classification on the licence nor would they pass an MOT.

‘If an officer sees a rider on an e-scooter they will ask them to stop and engage with them, explain guidance, enforce traffic legislation around the use of e-scooters and seize e-scooters that are being used illegally on the roads.’