A black teenager whose aunt is in the police said he was stopped and searched by four officers who jumped out of a car in what he believes was racial profiling.

Reuben Smith Anglin, 19, said he was walking to his local park in Croydon, south London, when he was handcuffed and detained on Monday afternoon.

The Portsmouth University student, whose father is a former Metropolitan Police officer, says he has been left traumatised and believes he was stopped by officers because he is black. 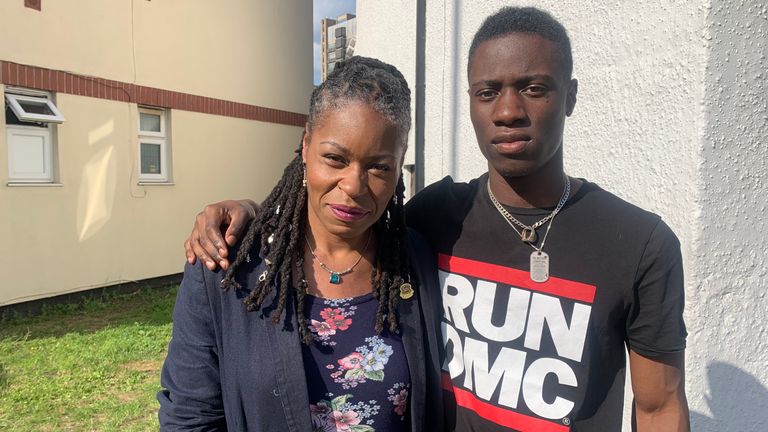 He told Sky News: “The four officers jumped out the car and placed me in handcuffs and then started asking questions. I didn’t know what I had done.

“They think that black people are criminals but two of my relatives work in the police and they are black. My dad is a former officer and my auntie still works in the police now. It’s crazy.”

Mr Anglin’s aunt is chair of the Metropolitan Black Police Association and said her 29 years of experience in policing has led her to conclude the reason behind her nephew being handcuffed during a stop and search is due to racial profiling.

The ordeal, in which nothing was found, triggered a deep and familiar pain for his aunt, Detective Sergeant Janet Hills. 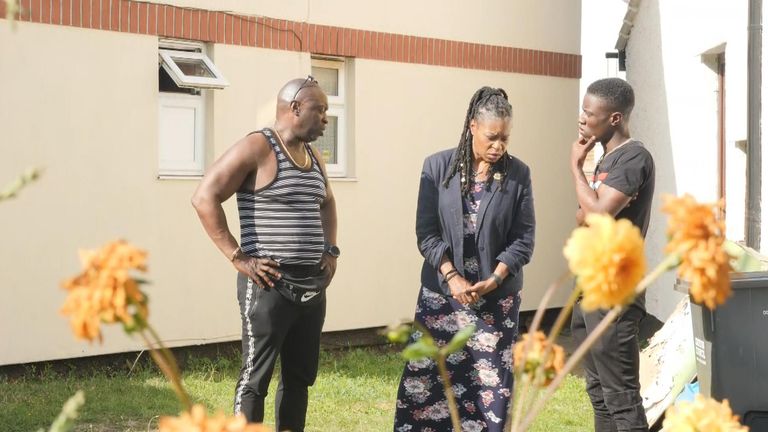 She said: “The first thing I was asking when I saw the video is, why the necessity to use handcuffs in what appears to be a compliant stop?

“And because it was my nephew it was just even more heartbreaking.

“The perception is there is racial profiling based on disproportionate numbers of stop and search and misconduct issues within policing.

“There are a number of issues which keep rising to the front which make it feel like we are being policed unfairly and that is believed to be down to racial profiling.”

Det Sgt Hills believes her nephew should never have been stopped without officers suspecting him of carrying a weapon.

She said: “I have spoken to black people in the community who are genuinely concerned about their young black men going out.

“Even before they have left the house some parents are concerned. My white colleagues don’t have that consideration, and that is not right.”

Figures show the Met Police stopped and searched nearly 22,000 young black men between March and May during lockdown, with more than 80% of those stops leading to no further action.

Mr Anglin’s father, Delroy Anglin, a former Met Police officer, added: “I’m sure if [Met Police commissioner] Cressida Dick had any children and her son or daughter came in with [marks on their wrist] like my son did, she would have a lot to say, and so would any other parent – white or black.” 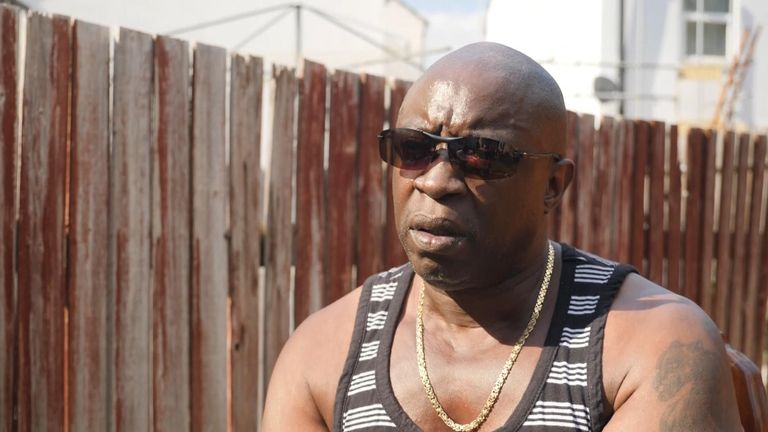 He claims the force are misusing section 60 orders, which allow officers to search anyone in an area for a limited period if serious violence is anticipated.

“This reminds me of the stop and search sus [suspected person] laws in the 80s,” he said.

“That’s what stop and search is to me. Section 60 is the sus law in disguise.”

Det Sgt Hills may have taken the unusual step in speaking publicly as a serving officer – but she is desperately hoping for change in how she sees how black communities are being disproportionately policed.

She said: “I think there needs to be an element of empathy and education that there is a legacy issue in terms of being black in Britain.

“It comes with baggage. We need to understand that from a policing perspective.

“I believe they don’t see it [racism] from our lens and therefore there needs to be a reflection around what is being said and then to address the problem.” 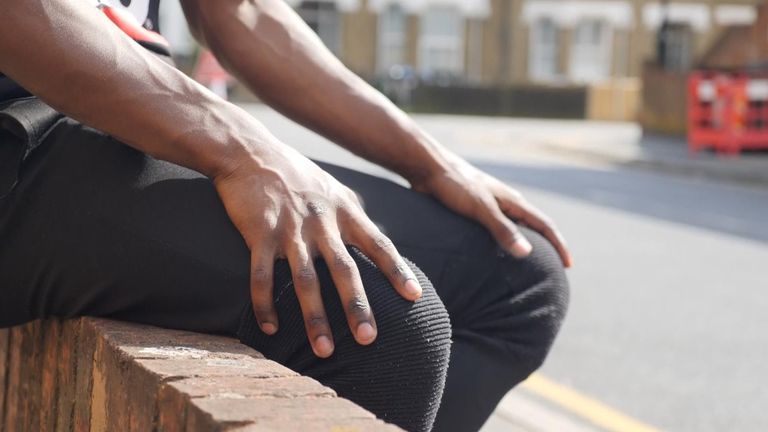 A Met Police spokesman told Sky News: “Officers have to make these judgement calls regularly on a daily basis, often in difficult circumstances.

“They understand that their actions will be scrutinised as they go about their work and that the public have the right to hold them to account where appropriate.

“We would encourage the individual involved to contact police via 101 or online at www.met.police.uk should they have any concerns and if they wish to do so.”