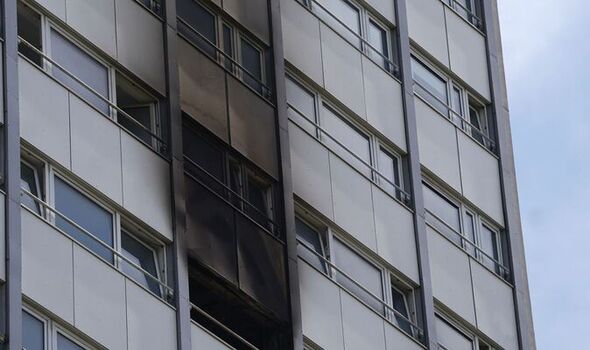 Earlier on Tuesday a fire broke out at Stebbing House in west London, which saw at least 30 people evacuated from the building. At least one resident suffered smoke inhalation, while the outside of the block of flats was left scorched.

Labour councillor Stephen Cowan, leader of Hammersmith & Fulham council, said a man was thought to have then poured water on the scooter after it caught fire, causing “billowing smoke”.

Mr Cowan said: “What I’ve been advised is that there was a fire started early in the morning by an electric scooter.

“They were charging an electric scooter in the flat, it caught fire, the individual had the presence of mind to pull the plug on it, and then he threw water on it.

Around 60 firefighters were sent to tackle the blaze in Shepherd’s Bush at 09.23am.

The scorched windows of Mr Shakat’s home at the Stebbing House flats, less than a mile (1.6km) from Grenfell Tower where a fire claimed 72 lives in 2017, can clearly be seen.