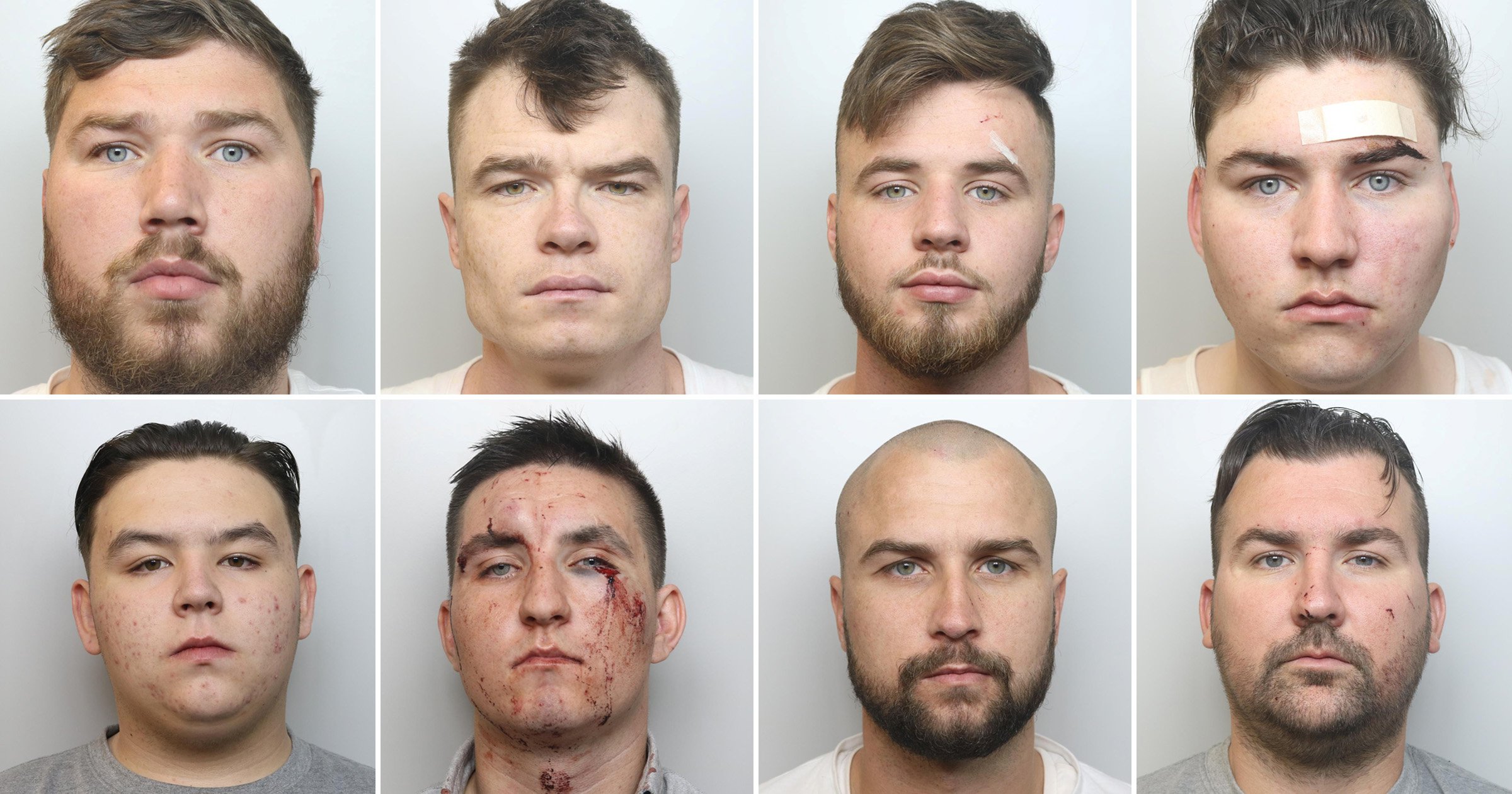 A wedding reception turned into a ‘bloodbath brawl’ between up to 50 guests, with chairs, tables and glasses thrown and coat stands and fire extinguishers used as weapons.

Blood drips down one man’s face in his mugshot as a group of men are jailed for their roles in the mass punch-up, which took place in front of children.

Armed officers raced to provide retreating police with back-up as they had items thrown at them at the event.

After 30 minutes of fighting, glass and blood ‘covered the dance floor and walls’ and around £16,000 worth of ‘extensive’ damage was discovered.

The event at the Daresbury Park Hotel, Warrington, was in full swing with 150 guests expected when a barman saw three men starting to argue around 11pm, Chester Crown Court heard.

By the time he returned from the main bar 15 minutes later, a fight between some 40 men had broken out, prosecutor Robert Philpotts said.

CCTV footage played in court showed glasses and chairs being hurled across the room, displays being torn down and a sweet cart overturned.

Local police were called to the scene, but withdrew in the belief they were unable to deal with the ‘mayhem’ alone.