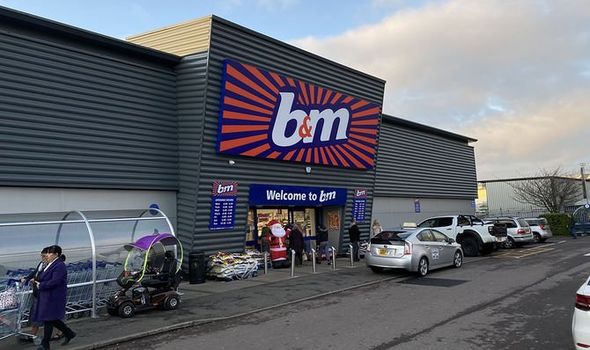 Bosses have agreed to pay staff an extra week’s wage for their “considerable efforts” as they hiked the company’s profit outlook whicg they say is now set to come in at between £605 million and £625 million – up from the £578 million previously expected. The firm cheered a 14% jump in sales against pre-pandemic levels two years ago in its third quarter to December 25.

They have announced all of the firm’s employees will get the bonus payment this month.

Festive trading was boosted by efforts to take delivery of imported stock earlier than normal to avoid disruption ahead of Christmas, it is believed.

“Our decision to take receipt of imported Christmas stock early in the season meant we were able to provide customers with great products at great prices,” he added.

But on a year-on-year basis, like-for-like sales are 6.2% lower, reports Nottinghamshire Live.

The retail industry has been impacted hugely by ongoing supply chain disruption and cost pressures in recent months.

But B&M said it was fully stocked for Christmas by November thanks to early buying efforts.

The group has 693 stores across the UK under the B&M brand, as well as 310 Heron Foods and B&M Express outlets.

The firm also has 107 stores in France under the Babou and B&M brands.

It opened another nine new B&M stores in the UK over its third quarter, closed two and expects to launch another 13 before the end of the financial year.