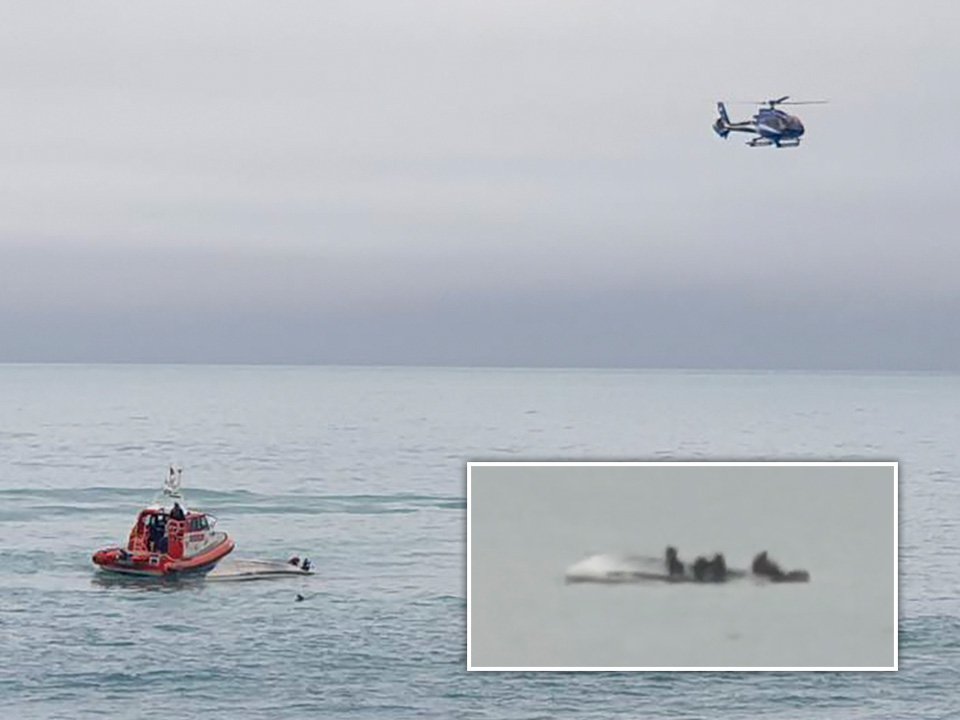 Five people have died after a whale is thought to have surfaced underneath their boat and flipped it over.

Eleven people were on board at the time, with six of them brought safely back to shore in Kaikoura, New Zealand.

Two were pronounced dead earlier this morning, but three were still missing. They have now been confirmed to have also died.

The area is a popular whale-watching destination, however the boat that capsized was a fishing charter vessel.

Town mayor Craig Mackle said during the search that the water was ‘bloody cold’ and the outcome for anybody who had fallen overboard was not likely to be good.

He said the water was very calm and the assumption was that the whale had surfaced from beneath the boat and flipped it.

There were some sperm whales in the area and also some humpback whales traveling through, although he did not know what type of whale might have collided with the boat.

The mayor added that he had thought in the past about the possibility of a boat and whale colliding, given the number of whales that frequent the area.

‘It always plays on your mind that it could happen,’ he said, adding that he had not heard about any previous accidents.

He said locals were busy helping out with the rescue efforts but the mood in the town was ‘sombre’ as they awaited more news of those who were missing.

Police said in a statement they were responding to an incident in which a boat had reportedly capsized and they had closed off a boat ramp from public use. They did not immediately provide further details.

The accident happened on Saturday morning near the South Island town, some 110 miles north-east of Christchurch.

Mr Mackle said the passengers would likely have been fishing for cod, grouper and other species.

Vanessa Chapman told news organisation Stuff that she and a group of friends had watched the rescue efforts unfold from Goose Bay.

She said that when she arrived at a lookout spot, she could see a person sitting atop an overturned boat waving their arms.

She said two rescue helicopters and a third local helicopter were circling before two divers jumped out.

The person atop the boat was rescued and a second person appeared to have been pulled from the water, she said.

Kaikoura is popular for whale watching trips because the seafloor drops away sharply from the coast, making for deep waters close to the shore.

A number of businesses offer boat trips or helicopter rides so tourists can see whales, dolphins and other sea creatures up close.