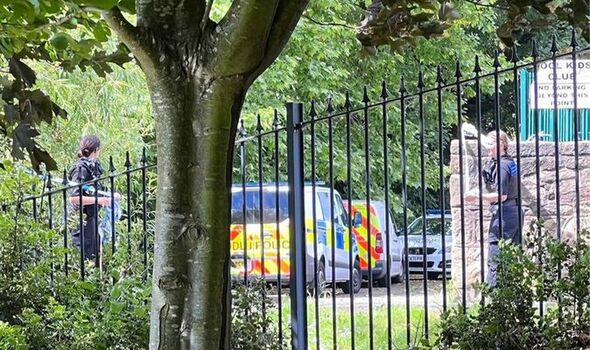 A major police presence was seen this afternoon in Bellevue Park, next to St Mary’s Catholic Primary School, in Wrexham. The area was cordoned off for several hours while investigation work took place.

Police have now confirmed that a body was found in undergrowth, North Wales Live reports.

Inspector Luke Hughes, from North Wales Police, said: “There has been some police activity today in the area of St Marys’ School and Bellevue Park. I can confirm that at around 11.26am today, June 8, officers responded to a report of a found body at this location.

“Initially a police cordon was established but early indications suggest no suspicious circumstances. The body has now been recovered and is pending identification.”

He added that they “do not believe the deceased to have any connection with the school”.

North Wales Police earlier issued a statement saying there was no risk or threat to the public or pupils.

A Welsh Ambulance Service spokesperson added: “We were called today (Wednesday, June 8) at 11.30am to reports of an incident on Lea Road, Wrexham. We sent one emergency ambulance and a duty operations manager to the scene, but we were stood down by police.”

North Wales Live readers have passed on their condolences on the website’s Facebook page.

Samantha O’Brien said: “So sad to hear about the news”