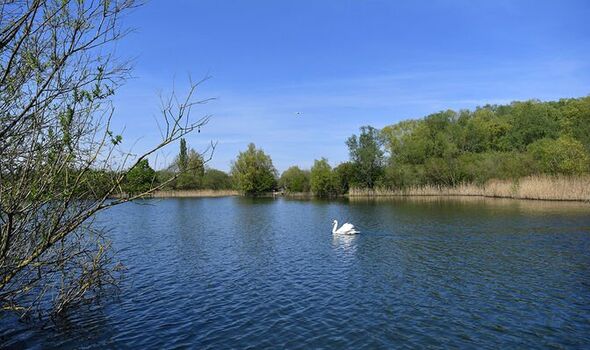 The man, in his 20s, was last seen entering a lake in Bedfont Lakes Country Park near Ashford, Surrey. Alarmed witnesses called 999 when he didn’t return to the shore and a major search operation was launched involving police, firefighters and helicopter.

A body was recovered from one of the lakes shortly after midnight, police have confirmed.

Some initial reports from people at the scene suggested that a child was missing but officers later confirmed to MyLondon it was a man in his 20s who had gone into the water but never returned to shore.

One local resident said they had never heard so many police sirens. Hounslow Council confirmed late yesterday evening it had closed the country park while it helped with the search.

A spokesman for Met Police said: “Police were called at 17:20hrs on Tuesday, 9 August to a lake off Challenge Road in Hounslow following reports of a concern for safety.

“Emergency services attended and were told that a man, aged in his early 20s, had entered the water and had failed to return to shore.

“A search – supported by the National Police Air Service and Marine Policing Unit – was carried out.

“Shortly after midnight on Wednesday, 10 August the body of a man was recovered from the water. While the death is being treated as unexpected, at this time it not being treated as suspicious.

“The man’s family has been informed.”

The country park is a former landfill site. which in 1988 was turned into a nature reserve. It has lakes, wetlands, wildflower meadows and woodland.

In a separate incident, a body has been recovered from a lake after a 14-year-old boy went missing in the water at a lake in Hertfordshire.

Emergency services were called to North Met Lake in Cheshunt on Monday evening, after a young boy had not resurfaced.