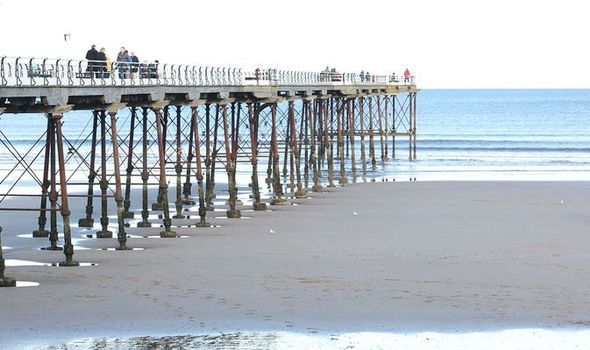 Police are investigating the circumstances of the man’s death after he was discovered in the water by Saltburn Beach in North Yorkshire. Officers are now working with the coroner to establish the man’s identity.

Emergency services were called to the beach, which is on the North Sea coast near Middlesbrough, on Sunday afternoon.

A spokesman for Cleveland Constabulary today told Teesside Live: “Police attended the beach at Saltburn after ambulance service colleagues reported that sadly the body of a man had been found in the sea.

“Enquiries to establish the man’s identity and the circumstances surrounding the discovery of his body are underway and we have linked in with neighbouring forces and the coroner.

“We would ask anyone with information to contact Cleveland Police via the 101 number quoting ref 214893.”

People who were at the seafront on Sunday reported seeing a large police presence on the shoreline and many have taken to social media to express their condolences.

Police continue to investigate the tragedy.

The beach, which has a historic pier, has a rich heritage dating back to the Victorian era.