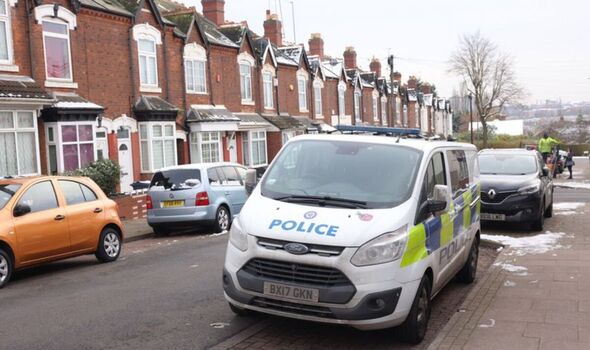 West Midlands Police said that have found human remains believed to be a child and a post-mortem will be conducted to determine the cause of death. Police began searching the property on Clarence Road, Handsworth, Birmingham a week ago. Two people have appeared in court charged with neglect for causing or allowing the death of a child.

A force spokesman said: “Officers searching the garden of a property in Handsworth have discovered what are believed to be human remains. The body is believed to be that of a child; a post-mortem will be carried out in due course to establish the cause of death.

“A man, aged 40 and a woman aged 41, were arrested on 9 December on suspicion of causing or allowing the death of a child and a separate case of wilful neglect. Both have been charged with neglect and have been remanded in custody.

“The investigation into the offence of causing or allowing the death of a child continues. The present occupiers of the property in Clarence Road are aware of the search, but are not connected to the investigation.”

The present occupiers of the property in Clarence Road are aware of the search, but are not connected to the investigation.

Detective Inspector Joe Davenport, from the Public Protection Unit, said: “We have acted swiftly on information and our enquiries are ongoing to establish exactly what has happened.

“I understand that this will come as a shock to the local community but I would ask you not to speculate on the circumstances.

“We would encourage anyone who has any information to get in touch.”

Anyone with information is asked to get in touch by calling 101 quoting log 1943 of 11 December.