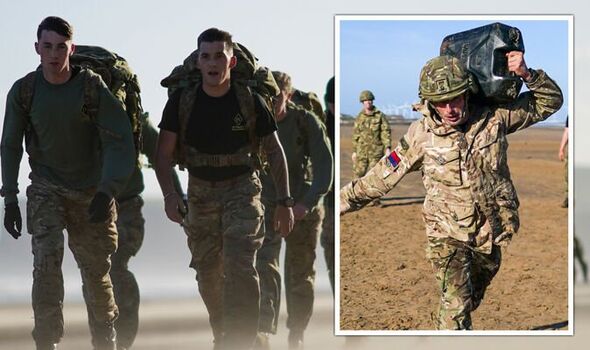 Farren, who works as a physical training instructor for the Coldstream Guards in Westminster, London, insisted youngsters need to stop pretending it’s “OK” to be fat.

He said: “Recruits and candidates influenced by a lifestyle of body positivity lose sight of the importance of consistently maintaining an active and healthy lifestyle. It translates into a decline in physical performance.

“They don’t train as often as they should in their spare time, shy away from the high-intensity workouts needed to excel as a soldier, and ultimately struggle to keep up with other soldiers during military drills.”

The PTI and dad of one encourages impressionable youngsters to cook less calorie-dense meals instead of feasting on junk food and said there should be more criticism of disordered eating and overweight people.

He added: “They see these images in the media – celebrities saying it’s OK to eat what you want as long as you’re happy.