Terrifying bodycam footage shows the moment a police community support officer was dragged 30ft by a teenage driver as he shouted for help.

PCSO Kieron Poole from West Midlands Police said he had feared for his life as he could easily have been dragged under the tyres during the incident on 25 January last year.

The officer was confronting 18-year-old Muhammad Nadeem about whether he was smoking cannabis in the car when the teenager began to drive off, dragging the officer along with him by his arm. 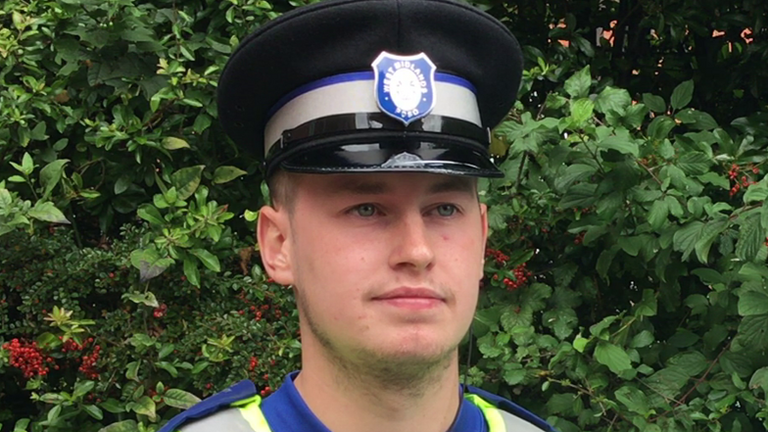 Nadeem ignored the officer’s cries of “Stop! Stop the vehicle now! Help!” as he attempted to flee.

Mr Poole eventually managed to break free by pulling the keys out of the ignition.

The suspect tried to flee on foot and was pursued by the officer into a dead end, but charged at him and hit him over the head with a plastic bottle as he ran off.

Nadeem was later apprehended by a team of officers after heading towards Smethwick High Street in Sandwell.

Describing the incident, Mr Poole said it had “happened so quickly”.

He said the driver had “seemed quite friendly at first” but the events quickly escalated after he was confronted about the cannabis. 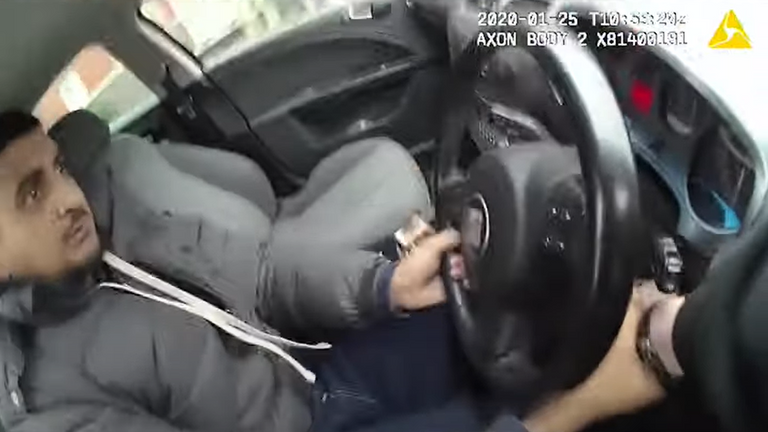 “Before I knew anything my arm was attached to the car and I was being propelled, hanging on the side, through a couple of branches, a good 20-30ft before I knew what was happening,” Mr Poole said.

“I shouted ‘Stop! Stop!’, but he wasn’t paying any attention. I knew I had to get the key out of the ignition. If I didn’t, I could have gone under his tyres and I might not be here today.

“I decided I’m not going to let him sit back and get away with that. I’ve always been brought up to respect the police, and in that moment, I didn’t want him to get away with it.”

The officer described how he had “instinctively” continued to chase Nadeem even after the terrifying experience and had been hit “quite forcefully” on the side of the head with the bottle.

“He started walking quite casually up the street, but I didn’t want to get too close at that point thinking he could have a weapon, he’s already hit me over the head, he’s clearly going to resist, so my best course of action was to wait for the local neighbourhood units,” he said.

The officer was left with no serious injuries, although he did suffer a bruised arm. 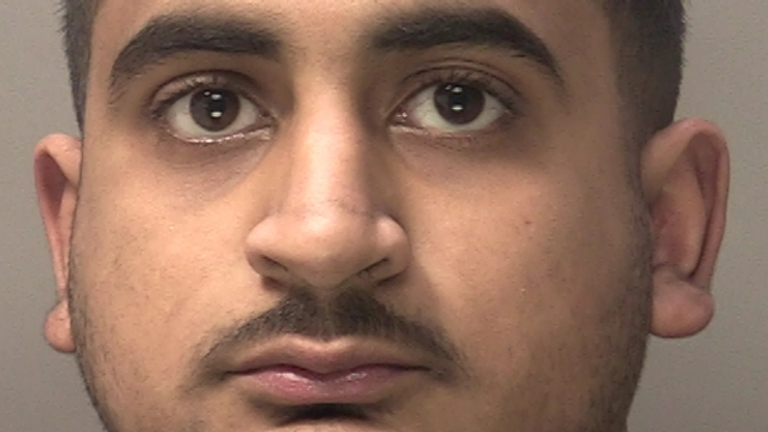 A hammer and axe were later found in Nadeem’s car and he also had a small amount of cannabis on him.

Nadeem, now 19, of Smethwick, said he was “shocked” when shown the footage and admitted it “doesn’t look good”.

He has admitted assault occasioning actual bodily harm, dangerous driving and possession of an offensive weapon, and will be sentenced at a later date.