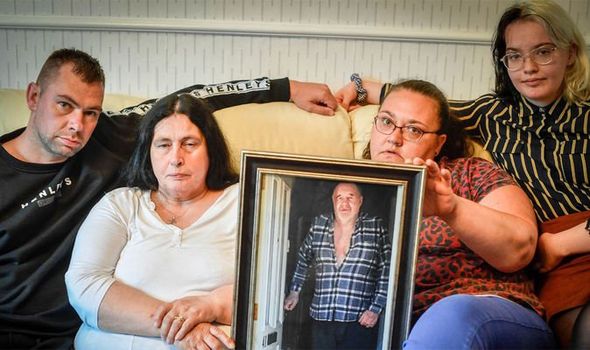 Charles Todd, who died August 2 after suffering respiratory failure, had his funeral service on Monday. But his relatives suffered heartbreak as cemetery workers spent 45 minutes digging up another plot of land in a graveyard mid-service.

Mr Todd, who died age 65, was unable to pick his own plot of land at Tonge Cemetery, Bolton, before he died.


His family then chose a spot in the graveyard for his service, but cemetery workers dug up the wrong grave.


On Monday, during the funeral, the family had to watch workers scramble to dig up the right plot of land for the service.


After 45 minutes the funeral carried on, but the delays meant hot food prepared for the wake turned cold.

Eddie Todd, 36 and Mr Todd’s son, told the Manchester Evening News it was heartbreaking having to watch staff scramble to dig up the right plot.


He said: “We are absolutely devastated.


“The service was absolutely beautiful, we couldn’t have asked for anything more, but then this was just embarrassing. It makes a mockery of everything.

“My dad said he had wanted to go and pick his own plot but with Covid he wasn’t able to.

“My mum was upset that he never picked where he was going.”

Speaking to the outlet, Eddie said the hearse carrying his father pulled up in the wrong part of Tonge Cemetery, at a plot set to be used for another burial later in August.


“I thought it was going to be a long way to carry him from there.


“But they pointed at a hole in the ground where they wanted to bury him. I said, ‘that’s not where he’s going’.”


Cemetery staff suggested sending Charles back to the chapel and the funeral guests to the wake, before returning to the cemetery to finally lay his dad to rest.


After insisting Charles “would not have two funerals”, the cemetery staff began digging the correct grave as his family watched on for 45 minutes.

Eddie told Manchester Evening News Bolton Council offered to waive the fees for the burial, but his family hoped to be compensated further.


A spokesperson for Bolton Council said: “This was a deeply regrettable mistake on our part and we offer our sincere apologies to Mr Todd’s family for the upset and distress caused.


“We have contacted the family to apologise and to discuss if we can, in some way, make up for what has happened.”