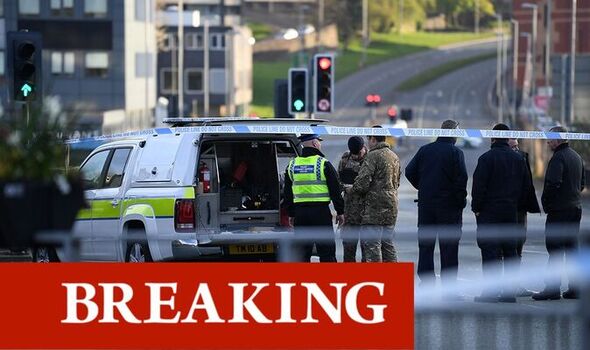 A cordon was put in place around the area by emergency services, while bomb specialists worked at the scene to assess the device, reports Manchester Evening News.

An Explosive Ordnance Disposal (EOD) officer could be seen working behind the tape.

The device was deemed to be “non-suspicious” after investigations were carried out, a spokesperson for Greater Manchester Police said.

It was then “disposed of appropriately”.

In a statement, a Greater Manchester Police spokesperson said: “At around 5pm on Monday 11 July we received a call of a suspicious device that was reported in the Ashbrook Road area of Oldham.

“EOD attended that evening to inspect, confirming the device has been assessed as non-suspicious and has also been disposed of appropriately.”

In April, a bomb squad was scrambled to nearby Rochdale in Greater Manchester, where they had to carry out a controlled explosion after a suspicious item was found.

Police were confronted by a teenage suspect with a knife.

The force confirmed the 17-year-old male had been calmed safely as they launched an investigation.

Multiple main roads were shut off as a result, while the Crime Scene Investigation uni carried out forensics.

At the time, a Greater Manchester Police spokesman said: “At around 3.10am on Thursday 21 April 2022, we received a report of a suspicious item on Dane Street, Rochdale.

“As a precaution, a cordon is in place and specialist officers are in attendance.

“Members of the public are asked to avoid the area.

“During the initial response, officers were confronted by a man with a weapon.

“A 17-year-old male was safely detained. Enquiries are ongoing.”