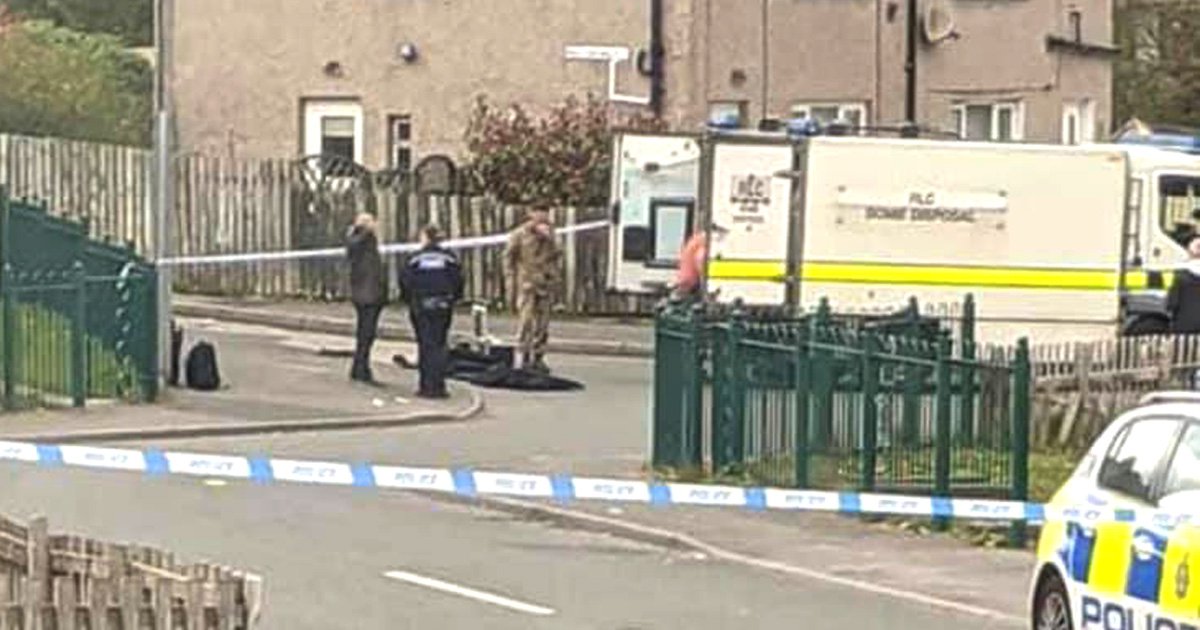 Five people have been arrested and a street has been evacuated by the bomb squad as part of an investigation into right wing terrorism.

Two men and a woman were arrested in Keighley, near Bradford, by officers from Counter Terrorism Policing North East this morning

The men, aged 29 and 30, and the woman, aged 28, have been taken to a police station in West Yorkshire for questioning.

They were arrested on suspicion of the commission, preparation or instigation of acts of terrorism, contrary to Section 41 Terrorism Act 2000.

A man, 28, from North Wales and a teenage boy, 16, from Wiltshire have also been arrested on suspicion of the same offences as part of this investigation.

Police searched two addresses in Keighley and found what they described as ‘potentially suspicious material’.

The bomb squad has been called in ‘to provide specialist advice and to arrange the safe removal of the items if required’, police said.

A number of people who live on the street have had to be evacuated from their homes while the specialist officers investigate.

One resident said she is currently waiting out in the cold with no idea of when she will be able to return home.

The woman, 27, was at home with her partner and his two children when they heard a knock at the door and opened it to find police officers.

She said: ‘The poilce knocked on our door and told us we needed to evacuate.

‘They took our contact details but did not tell us what was going on. We still can’t go home so we are sat out in the cold just waiting to go back.’

A West Yorkshire Police spokesperson said: ‘We recognise that local people may have concerns as a result of this activity.

‘We would like to reassure them that these arrests are pre-planned and intelligence led and there is not believed to be any immediate risk to the local community.

‘We are grateful for the understanding, patience and support of local residents while these enquiries continue.’