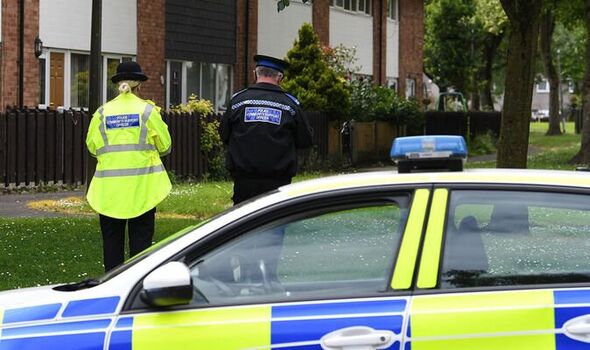 Police were called to reports of an assault in Salford, Greater Manchester and discovered what appeared to be an explosive during their investigation. A bomb disposal unit was sent to the housing estate and a large cordon was put up.

Families were told to leave their homes while the investigation continues.

A spokesperson for Greater Manchester Police said: “Officers attended an address on Neville Drive, Irlam this morning (13 June 2022), to execute a warrant in relation to an assault.

“While in attendance at the address officers have discovered a possible explosive device. The EOD (Explosive Ordnance Disposal) are currently on the way to assess the device.

“As a safety precaution a 100m cordon has been put in place around the property and the neighbouring properties evacuated.”

Other pictures show several police officers at the scene, which is in Kersal, a suburb in the north of the city.

A reporter at the scene for Manchester Evening News had tweeted: “A house was raided which led to the evac (evacuation) of surrounding houses when the device was found.”

“A large cordon was in place after the discovery of a ‘possible explosive device’.”