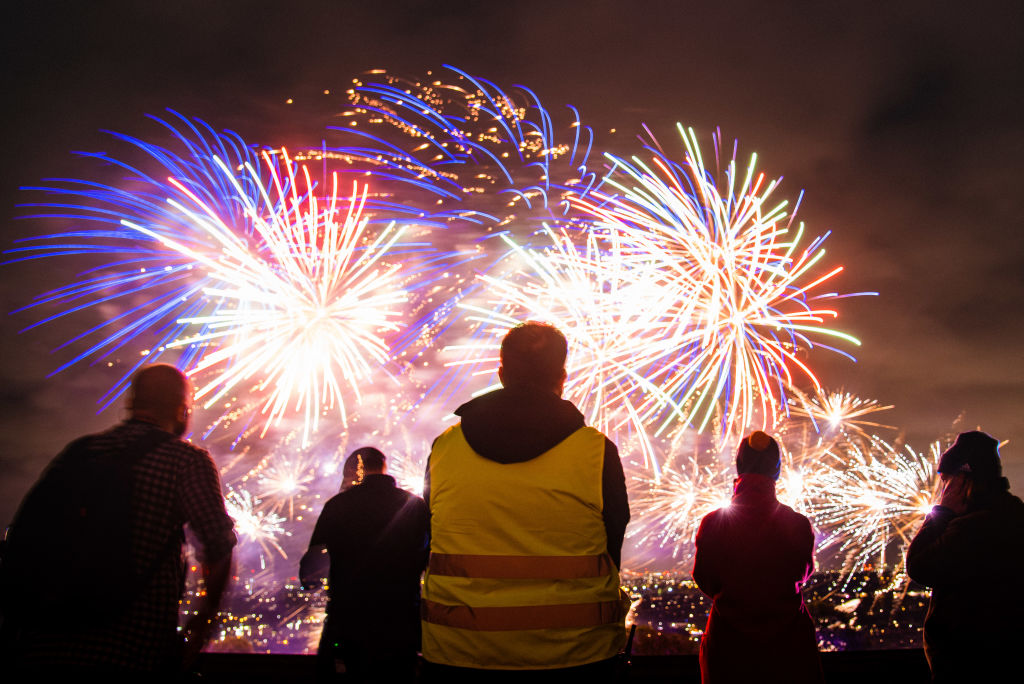 Some of the UK’s biggest cities have been forced to cancel Bonfire Night fireworks displays due to the cost-of-living crisis.

Manchester, Leeds, Hackney, Cardiff and Glasgow are just a few of the places giving firework displays the chop due to a lack of funds.

Manchester City Council announced today that ‘escalating costs’ were to blame for its decision to call off the event, which usually attracts over 100,000 people.

Glasgow has been forced to cancel its impressive display for the third year in a row – after Covid restrictions saw it postponed for the last two years.

Others authorities have also warned that they will need support to push on with their events as potential budget cuts loom.

A Manchester City Council spokesperson said: ‘A combination of factors including the escalating costs of delivering large bonfire events, increasing safety and organisational measures needed and increased pressure on council budgets have ultimately led to the decision.

‘The council will assess the impact of this year’s events not going ahead as part of a review into the approach to future bonfire events.

Elsewhere, Hackney Council in London announced a need to ‘weigh up their priorities’ following a recent dent on finances.

And it also said the decision had aligned with environmental concerns about air quality and pollution from the fireworks.

Councillor Caroline Woodley said: ‘While we’re sorry not to be hosting a fireworks display in Clissold Park this year, we have to weigh up our priorities as our finances continue to come under pressure from rising inflation and costs.’

In London, Arnos Grove, Blackheath and Southwark, have also put a stop to their community firework displays this year.

Cardiff’s four-decade running event has further been cancelled ‘for the foreseeable future’ because organisers can’t keep up with the spiralling costs.

Likewise, Leeds City Council announced that constraints on its constituents’ budgets were increasing demand for services and support.

Electricity, gas, and fuel costs have also drastically increased for the council and they expected restarting the bonfires this year would cost well over £200,000.

Normally the council funds licensed contractors to run free bonfires and fireworks events, including one at Roundhay Park that attracts thousands of people each year.

Seaford’s popular bonfire night organisers have also been forced to begin crowdfunding for their free bonfire night because costs have almost doubled over four years.

Cash strapped councils who have had to cancel Bonfire Night displays

The East Sussex event normally brings in 10,000 people each year.

A Yorkshire village has also cancelled its bonfire night festivities.

The organisers of the Tockwith Show have prioritised their strapped budget for their annual show instead.

Leverhulme Park’s popular fireworks display in Bolton has similarly put their event on hold after previously taking two years off due to the pandemic.

Councillors in Dundee have also been forced to re-distribute its £50,000 bonfire night budget to its annual winter events programme.

However, not every council is scrapping their Guy Fawkes’s evenings, the huge Lewes Bonfire Night Celebrations are still going ahead.