The health and beauty retailer and pharmacy chain said they were forced to suspend bookings as a result of “unprecedented demand” and “stock availability”, fuelling concerns over a possible shortage of flu jabs nationwide. Dozens of Boots customers have seen their appointments cancelled at the last minute and have been unable to reschedule.

The number of people eligible for the flu jab has been widely extended this year in response to the coronavirus pandemic to include primary school pupils, year 7s, and the over-50s, as well as other groups.

For those wanting to get a flu vaccine who are not included in the free NHS programme, Boots offer the jab at a cost of £13.99.

But many customers have been left bitterly disappointed as their appointments were cancelled by the pharmacy, and they have yet to receive a refund for the payment – which is paid in advance of the appointment.

James Aitchison fumed on Twitter: “My local boots (Kilburn) called me and told me to cancel my flu jab appointment. 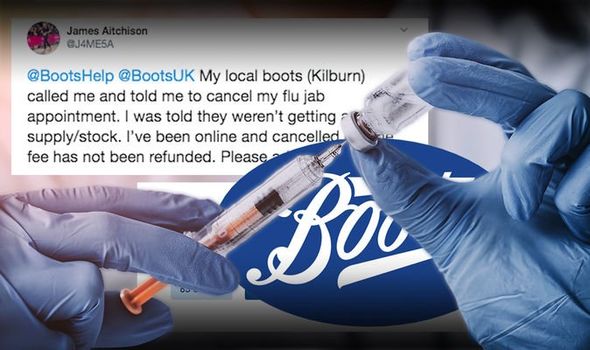 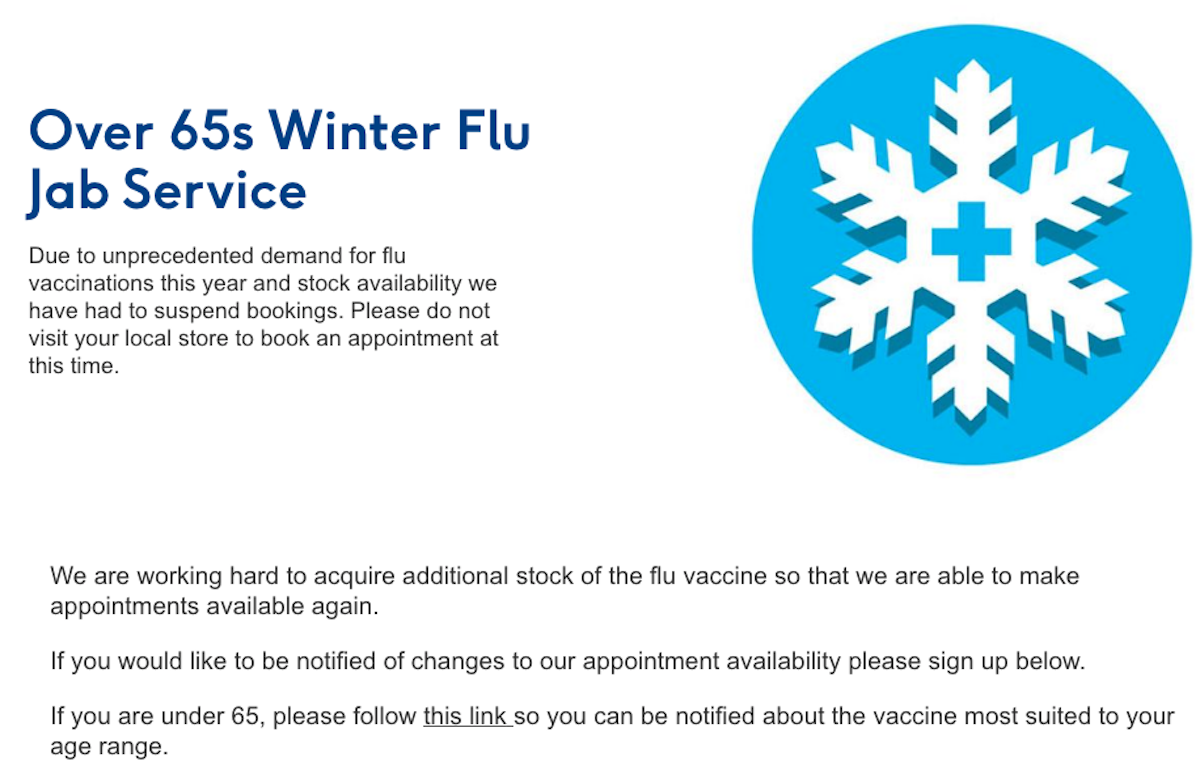 “I was told they weren’t getting any supply/stock. I’ve been online and cancelled but the fee has not been refunded. Please advise.”

Boots responded to his Tweet and said the refund should be in his account within three to five working days.

Mark Callcott detailed a similar experience, he wrote: “Boots UK You are cancelling existing appointment’s for the flu vaccine is this correct?

“This means that it’s now difficult to get the jab booked elsewhere as booking was made a month ago and you are not accepting replacement bookings. 24 hours notice is insufficient.” 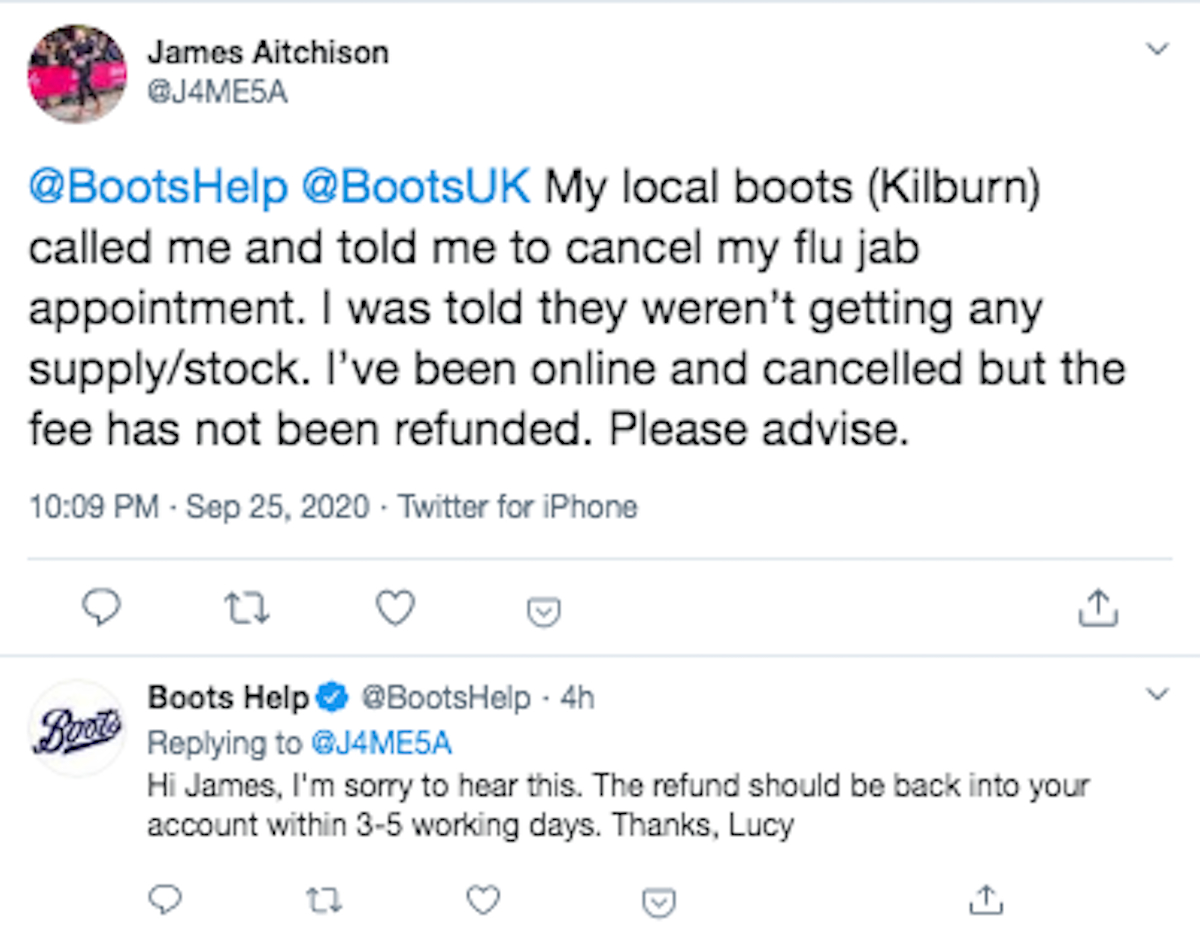 He added: “They had no vaccine left and didn’t know when they were getting more.

“It’s a bit more than disappointment my son needs the flu jab, it was booked four weeks ago with Boots and pre-paid. It was cancelled on 48 hours notice, he was not offered another appt or refund.”

Mr Callcott was advised to cancel the initial appointment for the refund to be issued.

Dozens of other people took to Twitter to complain that their appointments had been cancelled with short notice.

DON’T MISS:
Coronavirus map LIVE: No10 emergency plan for all over-45s to shelter [BLOG]
Flu jab in pharmacy: Which pharmacies are offering the flu vaccine? [INSIGHT]
Flu jab for over 50s: Can you get flu jab for free if you’re 50 to 65? [DETAILS] 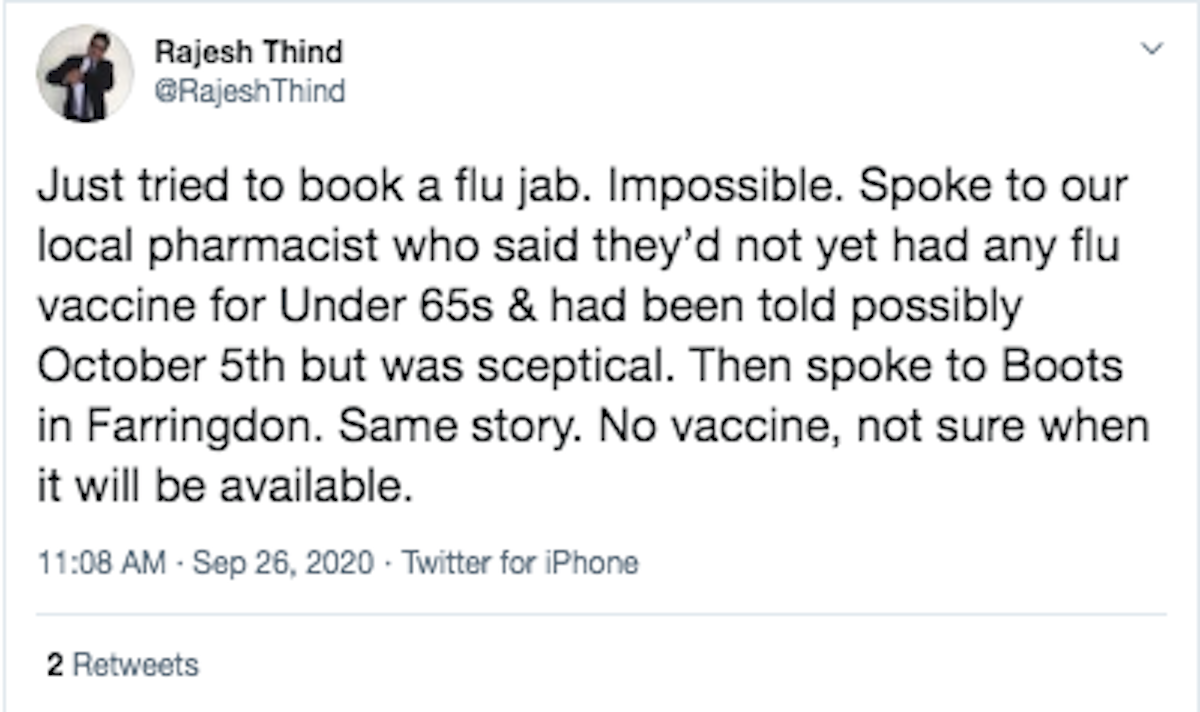 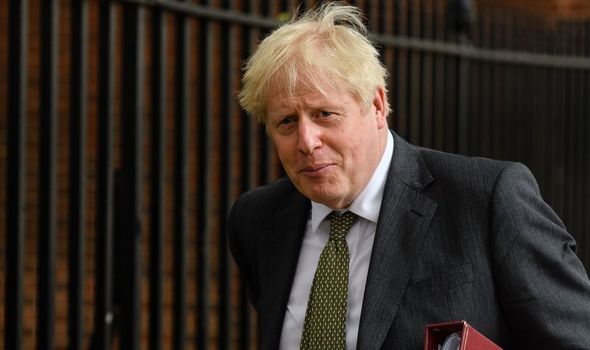 David Allen said: “@BootsUK Why have you cancelled my flu jab with less than 24 hours notice? Not impressed!”

Another user wrote: “I had an appointment for flu jab @BootsUK on Monday. Turned up and they said no pharmacist available.

“Made another appointment for today, called this morning to check and they said they wouldn’t be able to do it.

“At no point did they contact me by phone or email.” 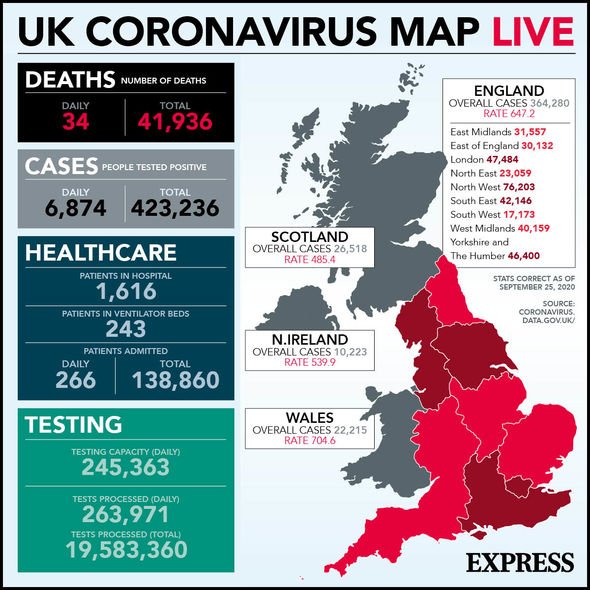 Rajesh Thind said he had tried to book a flu jab at a number of different Boots stores, but was told no flu vaccines were in stock and they were not sure when it would become available.

Another user said their appointment had been cancelled and they were waiting to hear about booking another one.

They wrote: “My flu jab was cancelled yesterday by Boots as the vaccines weren’t delivered. I’m waiting to hear Monday if our appointments can be rescheduled.”

Caroline Cork said: “Just had my flu jab in Boots, where the pharmacist told me that they only have enough vaccines to last until Monday, then they have to start cancelling appointments, as there are no more available for the foreseeable future.” 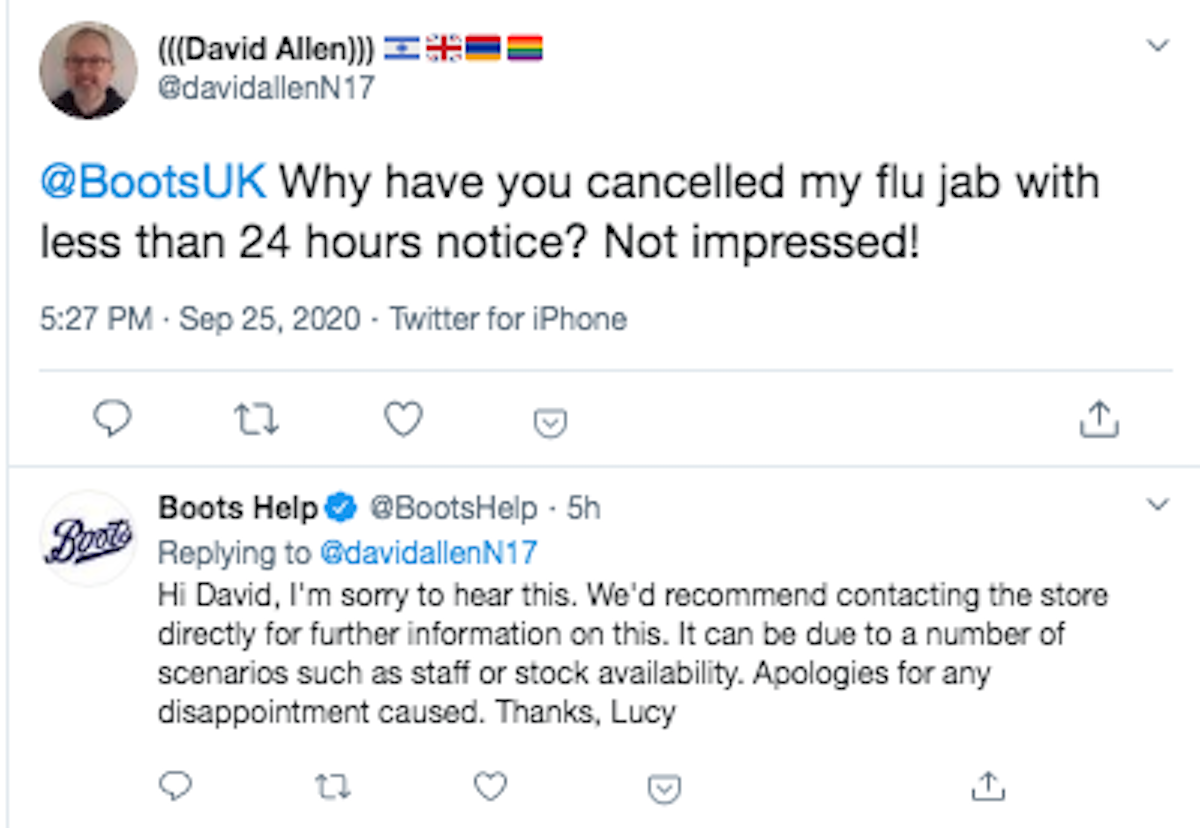 On Thursday Boots announced the suspension of both online and in-store bookings for the flu jab.

A statement on its website read: “Due to unprecedented demand for flu vaccinations this year and stock availability we have had to suspend bookings.

“We are working hard to acquire additional stock of the flu vaccine so that we are able to make appointments available again.”

The suspension of bookings has raised concerns over a national shortage.

But NHS England has said there is no nationwide shortage of flu jabs but that those eligible for the free vaccine would be immunised in phases, with the highest risk groups receiving it first.

Boots has been contacted by Express.co.uk for a comment.