KINAWLEY, Northern Ireland (Reuters) – Near one of the scores of small border crossings on the island of Ireland, a yellow digger stands as a monument to the lengths communities went to keep roads open during Northern Ireland’s violent “Troubles”. 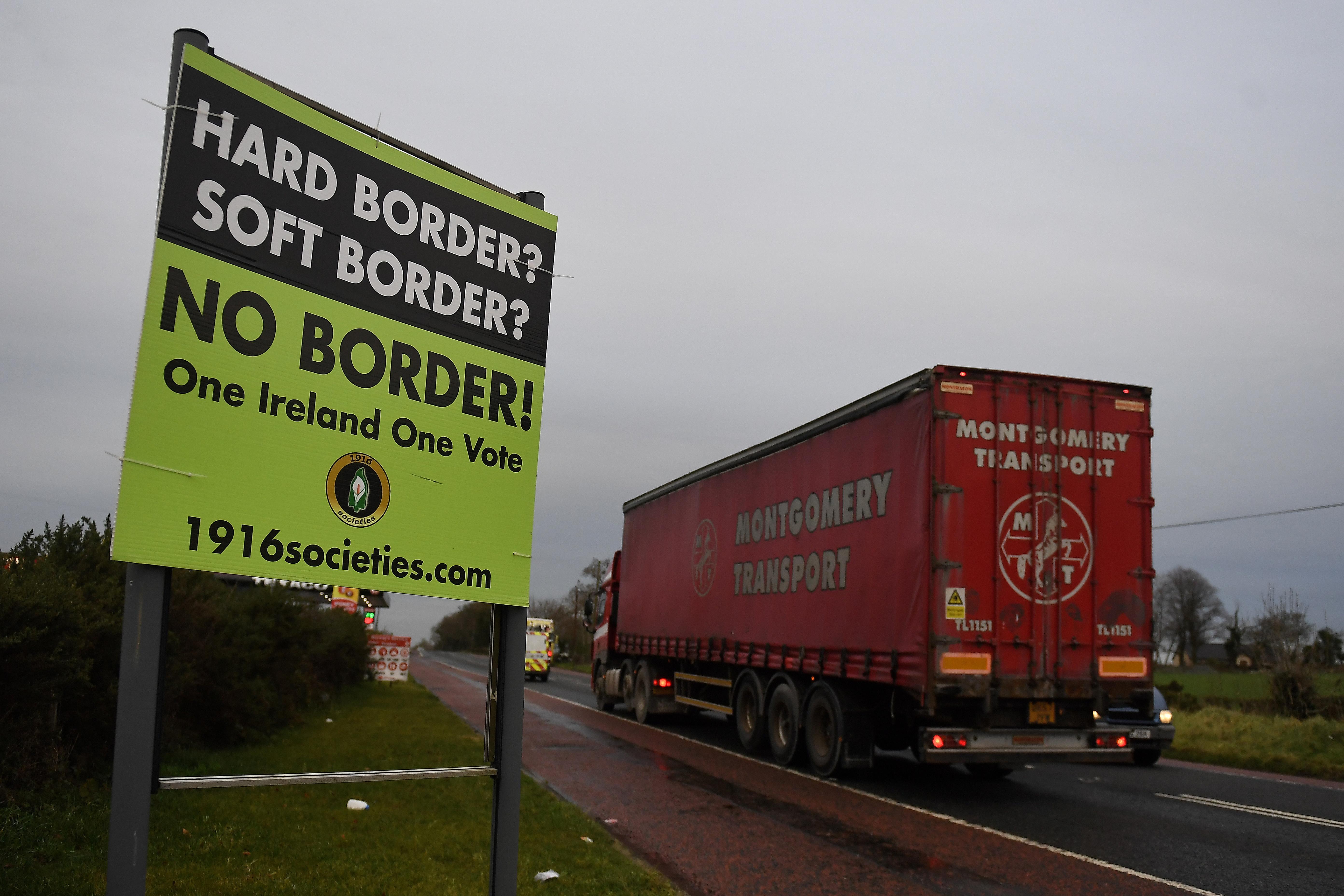 They used it to defy a British army policy of closing or destroying back roads and funnelling traffic through military checkpoints that were in place on major roads until a peace deal mostly ended three decades of violence six years later.

The digger, now on a dais and marked by a plaque, shows why the 500 km (350 mile) frontier matters so much in the debate over how Britain leaves the European Union, and the resistance any checks between British-run Northern Ireland and EU-member Ireland could meet.

“It developed into a battle of wills,” said Dessie McManus, 56, recalling how “men, women and children” spent their Sundays removing concrete barriers or filling in craters just to open the roads up to go to work or church or do their shopping.

“We always felt that we had right on our side.”

London, Dublin and Brussels want to avoid any customs or immigration checks, on what is now an open border, once Britain leaves the EU.

But they are unable to agree on the “backstop” or insurance policy that would rule out a hard border, and the United Kingdom is on course to leave the bloc on March 29 without a deal.

While police on both sides of the border fear any resulting checkpoints could become a target for hold-out militant groups opposed to the peace accord, the first spark of disorder could just as easily come from locals going about their business.

McManus, a beef farmer from Kinawley in the North who lives a six minute drive away in the Irish village of Swanlinbar, says residents will not stand for any sort of intrusion into the normality they have taken for granted over the past 20 years.

“Nobody wants to countenance the thought of any checkpoints coming back. People wouldn’t accept them,” said McManus, fearing that the province’s history shows how such resistance can snowball out of control in a very short period.

The sectarian violence that left 3,600 people dead is partly rooted in such an escalation, when 50 years ago British troops were sent to the city of Londonderry to quell unrest over a civil rights campaign launched by the Catholic minority.

More recently, Belfast witnessed the worst spell of violence since the conflict ended between Catholic nationalists seeking a united Ireland and pro-British Protestant loyalists: the end of a century-old tradition of flying Britain’s Union flag over city hall in 2012 led to weeks of street riots.

“There is a fear that actually even something that might begin as a peaceful demonstration could be exploited by people who want to stir up violence and tensions within the community,” said Katy Hayward, a lecturer in sociology at Queen’s University Belfast.

“This is the environment in which you understand the peace process, that actually people from all different perspectives have felt relatively comfortable in Northern Ireland and this is why we’ve seen such a decrease in violence.”

The economies north and south have become much more interconnected, so a hardening of the border could affect more people, another potential recipe for discord, said Damian McGenity of the Border Communities Against Brexit protest group.

According to InterTradeIreland, the all-island body set up as a result of the 1998 peace accord, cross-border trade in goods has grown at an average rate of 4 percent per year since the border posts came down.

“There will be immediate uproar,” said McGenity, 45, a part-time farmer and postmaster from the Northern Ireland village of Jonesborough that can be reached faster by car from Ireland’s Dublin Airport than it can from the airport in Belfast.

“There’s been too much talk of a return to violence. It’s more about someone in a car or a truck losing their temper with a Garda (police officer) or a customs official and giving him a punch. Then a row starts when that Garda needs more protection. That’s going to break out all over the place.” 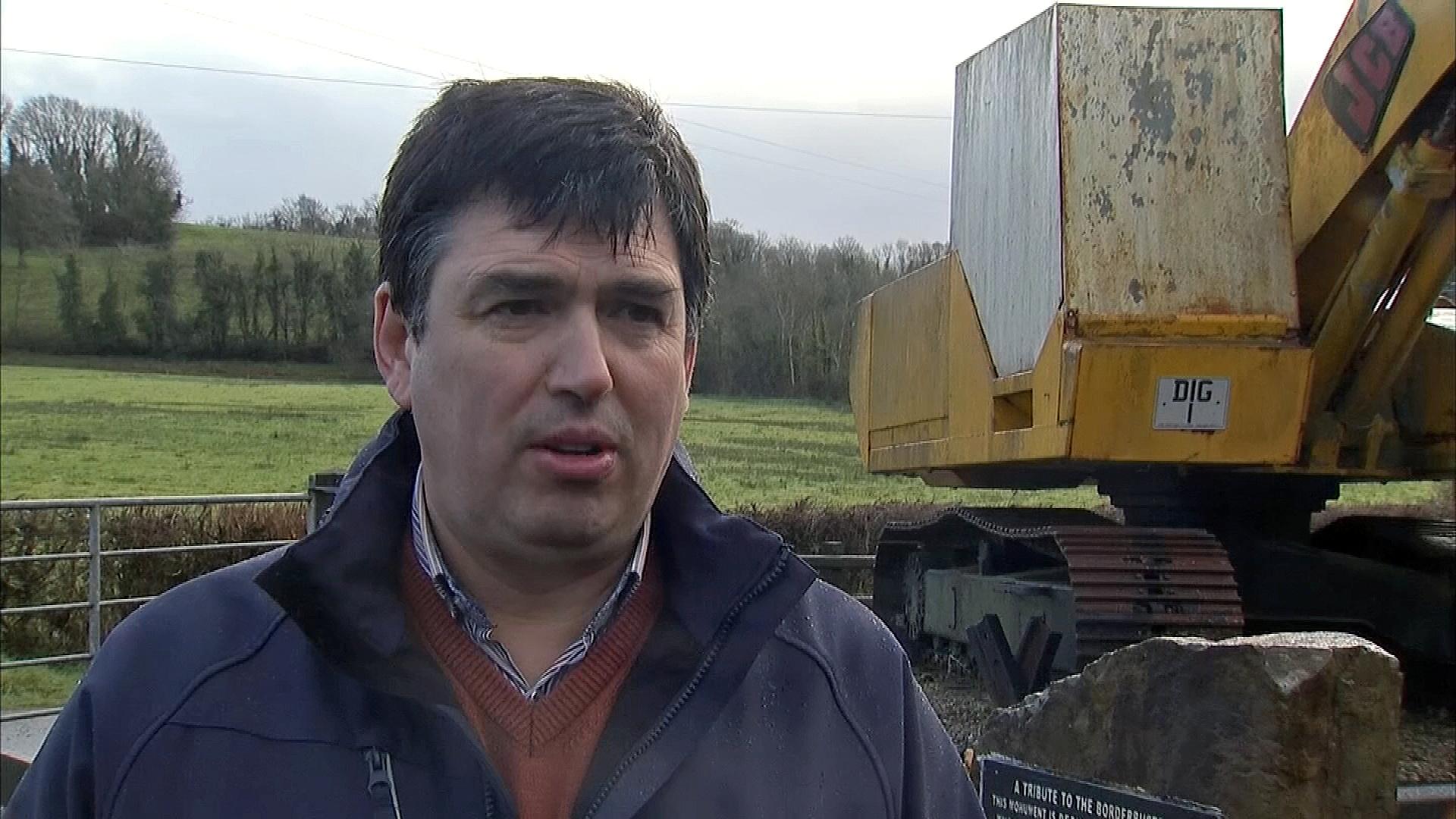 For McGenity’s neighbours along the eastern Armagh/Louth border, memories of how customs huts transformed into one of the most militarised areas in western Europe are all too real and the return of any kind of hard border inconceivable.

“We well know what it would go back to, and the dangers of that, and it only takes a small spark like the re-introduction of whatever the border manifests itself in,” said Declan Fearon, 61, chairman of the nearby Dromintee Gaelic sports club.

“We are very concerned about that and we never want to countenance leaving that legacy to our grandchildren.”