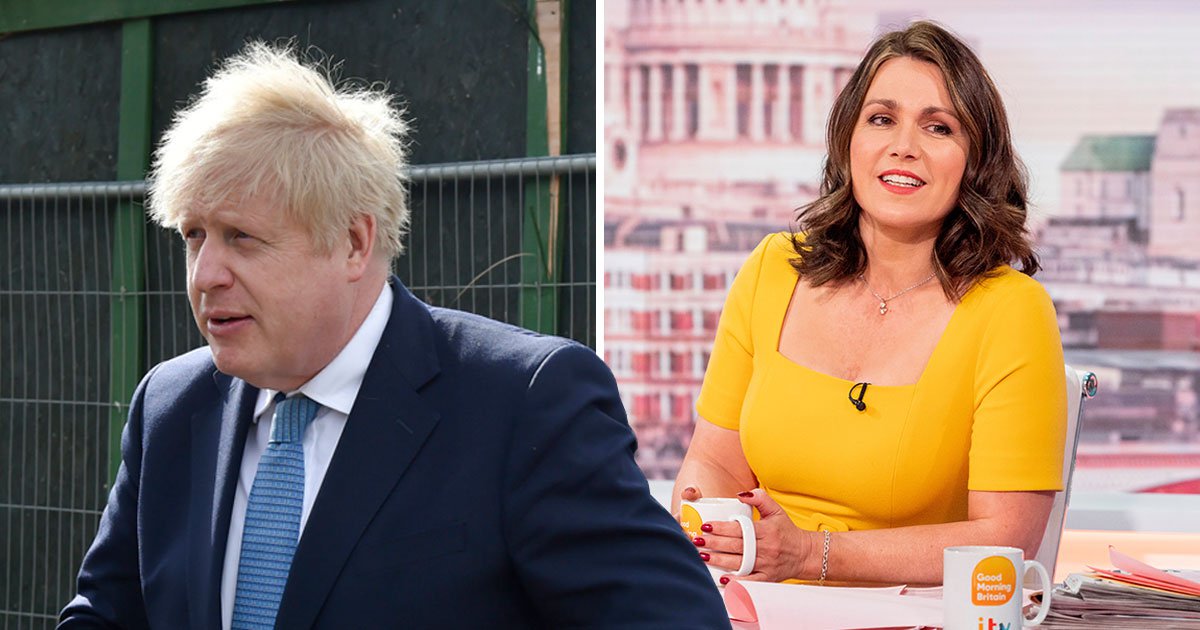 Boris Johnson has been accused of ducking interviews after refusing to go on Good Morning Britain for almost four years.

The Prime Minister was asked to appear on the show on the eve of a significant set of local and national elections but sent his vaccines minister Nadhim Zahawi instead.

Host Susanna Reid repeatedly asked the politician why his boss was ‘boycotting’ the programme but Mr Zahawi insisted the PM was happy to face media scrutiny.

‘Is there a reason why the day before huge numbers of local elections…we have not seen your party leader?’ Susanna asked before a graphic appeared on screen showing it was 1,428 days since Mr Johnson last’s GMB interview.

‘I think that’s unfair Susanna’, Mr Zahawi responded. ‘Because Boris has been out and about, up and down the country, doing media.

‘He was all over the news channels yesterday, the day before yesterday, regularly out on the press conferences, reporting to the nation on the progress of the vaccination programme.’

Susanna interrupted to ask ‘why doesn’t he do interviews?’ She said Mr Johnson had never appeared on the show as PM, adding that it was ‘quite remarkable’ for the leader of a party.

She said GMB wasn’t the only programme to have bid for an interview this morning and had been turned down. 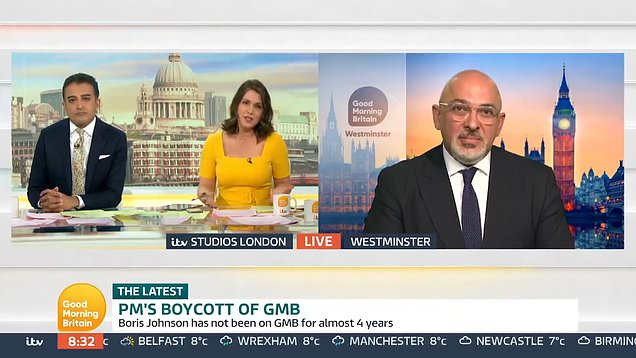 She asked: ‘What is it about the Prime Minister that means he doesn’t directly want to be asked questions?’

Mr Zahawi again said it was unfair because Mr Johnson takes questions from the media during his Covid press conferences.

Susanna said this was ‘not the same as doing an interview’ as it only involved one journalist asking one question with no scope for following up.

Despite refusing to appear on the breakfast news shows, Mr Johnson is out campaigning today, on the final day before much of the country goes to the polls.

Voters will have their say on the make-up of English councils, the Scottish Parliament, the Welsh Senedd and decide who holds power in city halls, with a number of areas – including London – choosing regional mayors.

Hartlepool will also elect a new MP in a by-election, with Labour tipped to lose a seat that has been red since its inception in the 1970s.