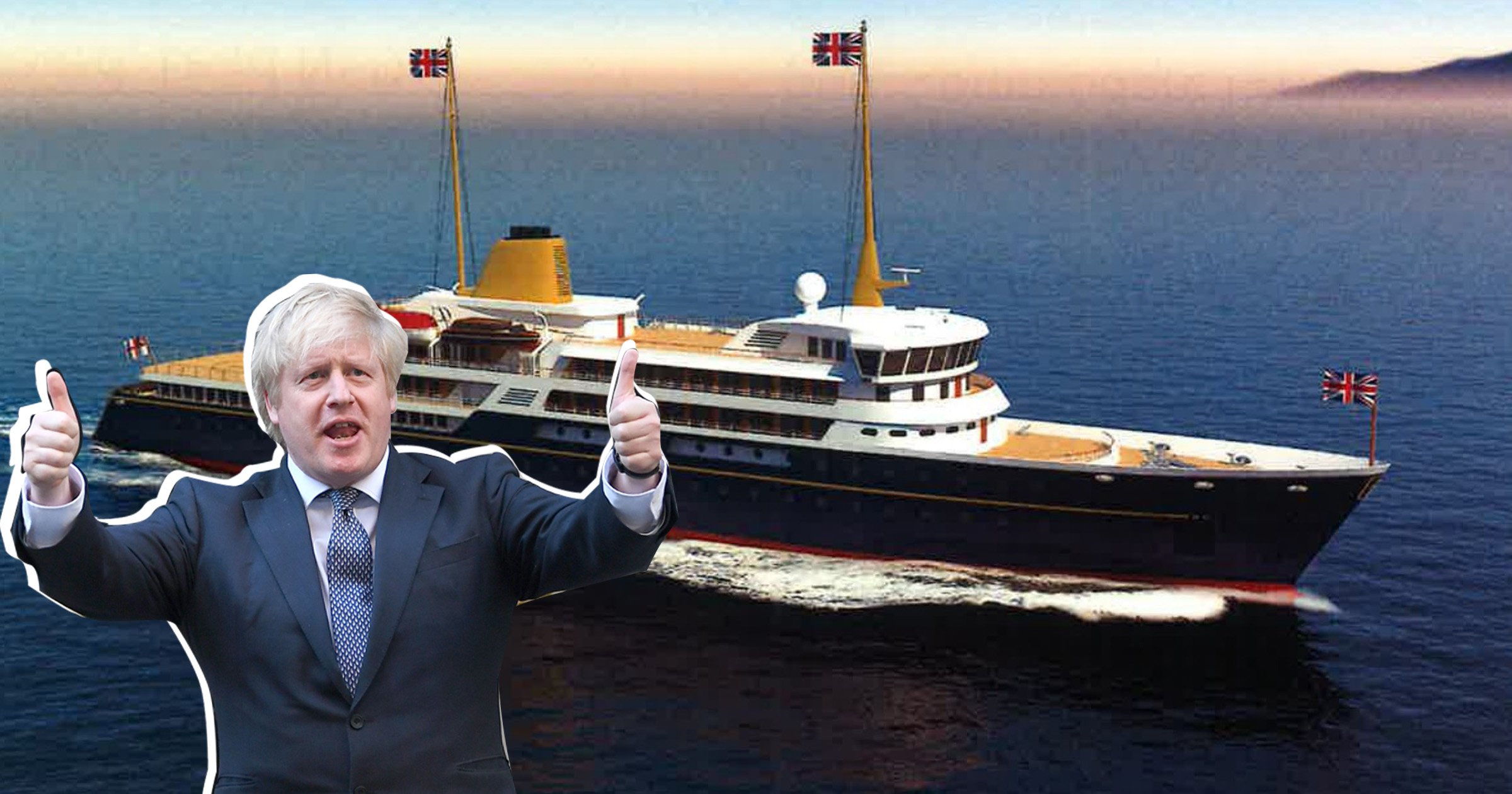 A ‘£200 million’ national flagship will be built to promote Brexit trade and industry around the world, Boris Johnson has said.

The vessel will be used to host trade fairs, ministerial summits and diplomatic talks as the UK seeks to build links and boost exports following its departure from the European Union.

It will be the first national flagship since the Royal Yacht Britannia, which was decommissioned in 1997, but the new vessel will be a ship rather than a luxury yacht.

A name for the vessel has not been announced, but the Prime Minister has faced pressure from campaigners and Tory MPs to name it after the Duke of Edinburgh, who played a role in designing Britannia.

The Government intends to build the ship in the UK, at a reported cost of up to £200 million.

Mr Johnson said: ‘This new national flagship will be the first vessel of its kind in the world, reflecting the UK’s burgeoning status as a great, independent maritime trading nation.

‘Every aspect of the ship, from its build to the businesses it showcases on board, will represent and promote the best of British – a clear and powerful symbol of our commitment to be an active player on the world stage.’

The announcement of the vessel comes at the end of a difficult week for the Prime Minister, which has seen him savaged by former aide Dominic Cummings, who claimed the Government was responsible for tens of thousands of needless deaths during the coronavirus pandemic.

He has also faced claims that his past comments about burka-wearing women had contributed to an impression that the Conservative Party is ‘insensitive to Muslim communities’.

And the ministerial sleaze watchdog said he was ‘unwise’ to allow the refurbishment of his Downing Street flat to go ahead without ‘more rigorous regard for how this would be funded’.

Construction of the new ship is expected to begin as soon as 2022 and it will enter service within the next four years.

The tendering process for the design and construction of the vessel will launch shortly, with an emphasis on showcasing British design expertise and the latest innovations in green technology.

The ship will be crewed by the Royal Navy and is expected to be in service for around 30 years.

Shadow Treasury chief secretary Bridget Phillipson said: ‘Right now our country faces huge challenges, and there’s no sign the government has a plan for the recovery.

‘We want to see public money used for targeted investment in a green economic recovery, resources for our NHS, and supporting families to succeed.

‘If this ship is going to be part of a genuine plan for Britain’s future, the government must set out clearly how it will boost trade, jobs and growth in every corner of our country.

‘We’d want to see it built in Britain, supporting jobs and skills in shipyards here, and with a real focus on value for money at every stage.’