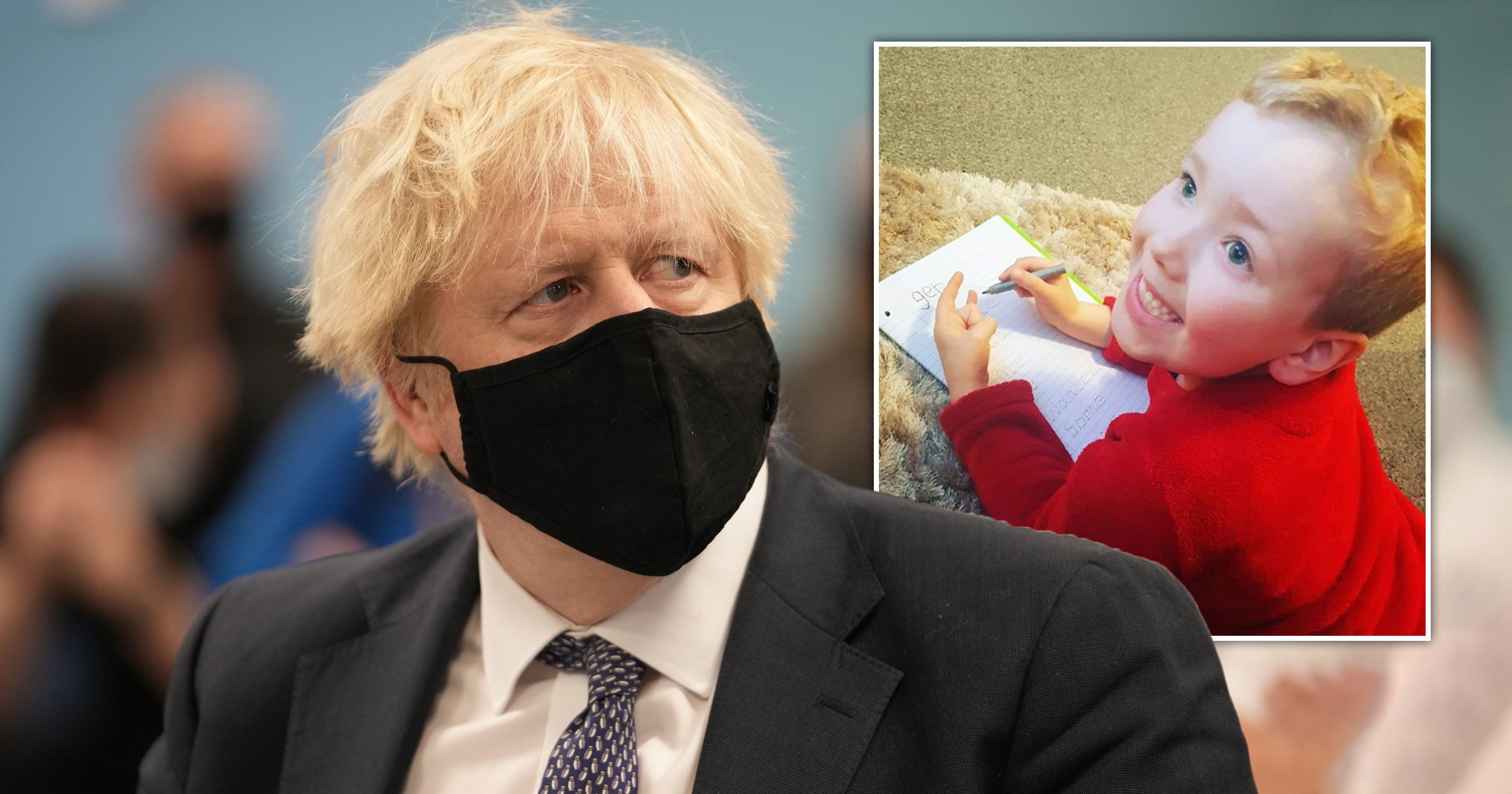 People who murder children will automatically be jailed for life under a new ‘Arthur’s law’ that is being planned by the Government.

In the wake of the killing of the six-year-old in Solihull by his father and stepmother, Boris Johnson will introduce tougher sentences for child killers.

He’s said ‘whole life orders’ should be handed to anyone found guilty of the pre-meditated murder of an infant.

‘Anyone who plans then carries out the murder of a child should never be released from prison’, the PM told the Sun.

‘So we’re toughening the law to make whole-life orders the starting point for such abhorrent crimes.’

The sentences given to killers Emma Tustin, 32, and Thomas Hughes, 29, are already being reviewed by the Attorney General to see if they were too lenient.

Last week, Tustin received a life sentence with a minimum term of 29 years for murder while Hughes was handed 21 years for manslaughter.

During their trial, the court heard how Arthur had been abused, starved and poisoned before dying from a brain injury.

Arthur’s maternal grandfather, Peter Halcrow, 61, has said the pair should ‘never see the light of day.’

He told the BBC they had committed a ‘heinous crime’ by killing a ‘defenceless, innocent boy’.

‘I wouldn’t give them the time of day and I wouldn’t want them to see the light of day ever again,’ he added.

It’s thought that the change in law will be made via the controversial Police, Crime, Sentencing and Courts Bill that is currently working its way through Parliament.

The Government plans to amend the legislation so that plotting to kill a child and then committing the act will be brought in line with the most serious offences against children.

Currently, only those found guilty of abducting and murdering a child, or murdering them with a sexual intent are given life sentences.

Arthur’s grandmother, Madeleine Halcrow, has said the pair convicted of his killing have shown ‘no remorse, no sympathy’, as she branded them ‘depraved, sadistic, torturous, evil, calculating people’.

Both of the youngster’s grandparents have said warnings about the boy’s safety were ignored but no-one stepped in despite ‘alarm bells ringing.’

Appearing on Good Morning Britain, Mrs Halcrow described her grandson as having been ‘the happiest child’ before he went to live with his father and stepmother as the UK went into lockdown in March 2020.

She said she felt anger towards the organisations responsible for monitoring his safety.