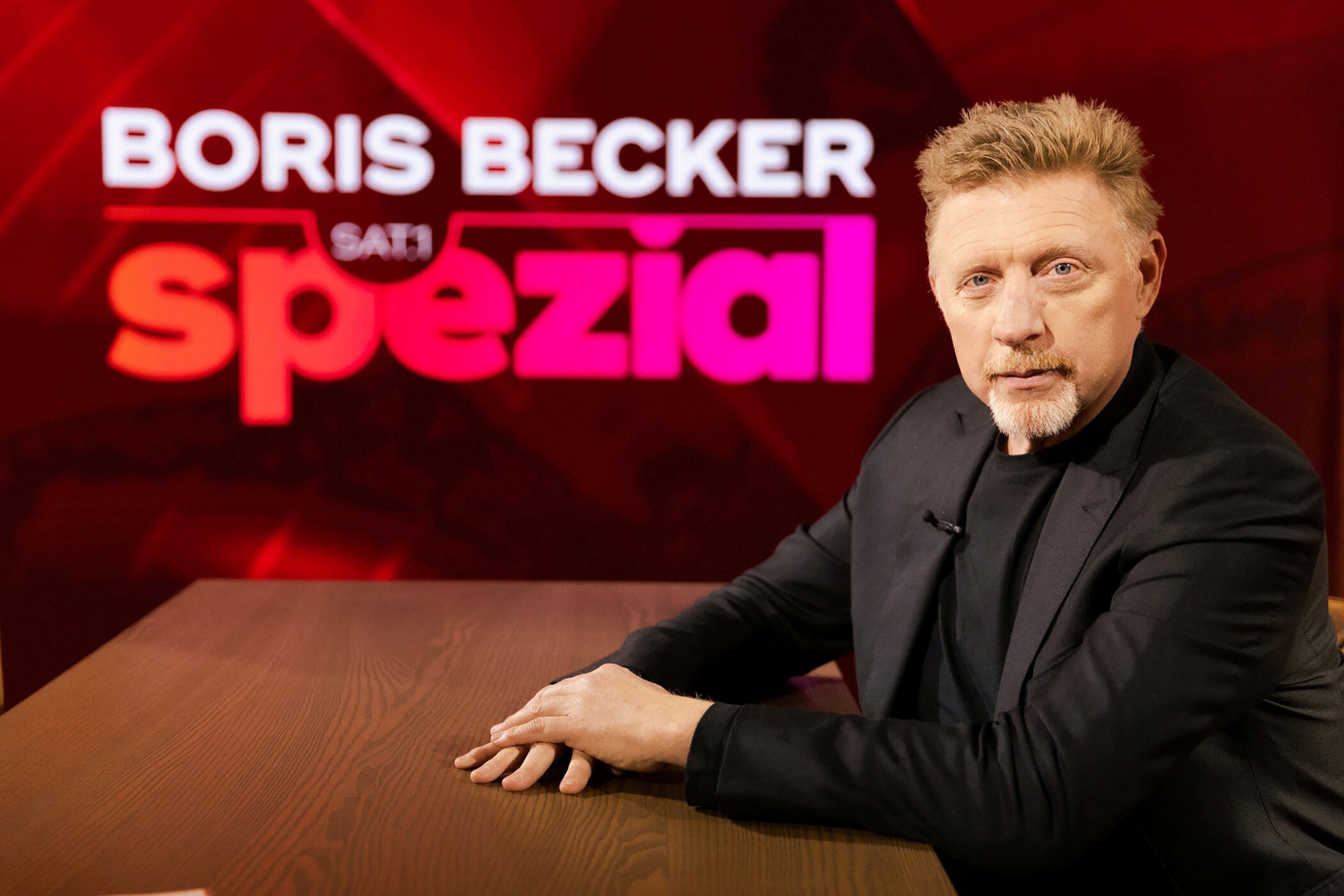 Former Wimbledon champion Boris Becker has revealed how other inmates threatened to kill him as he served time in two British prisons.

The three times Grand slam winner said that a prisoner in Wandsworth Prison called John had said that ‘if I didn’t do this or that he would kill me. He had tried it with others.’

Becker was sent to a British jail after being handed a two-and-a-half year sentence in April.

The 54-year-old was convicted of four charges of insolvency relating to his bankruptcy in 2017 earlier this month.

Becker was charged with hiding assets to avoid paying debts after admitting ‘expensive lifestyle habits’ had eaten into his personal fortune.

In an emotional first interview after being released and has now been deported to Germany, he added that after being transferred to Huntercombe prison there was a second ‘prisoner who wanted to kill me’.

He admits he ‘went crazy’ while serving eight months as he feared for his life.

Becker – stripped and searched after being jailed in April – added: ‘I had two big worries, a shared cell –  I was f***ing scared – and also showering.

‘The films didn’t help me when you see the soap falling on the ground.’

However, he said each prisoner had their own shower cubicle, adding: ‘You didn’t see anyone naked.’

‘You go out of your cell and you have to look after your own skin because the guards don’t do it for you.’

But he says he found camaraderie with fellow inmates and will keep in touch with friends he made inside.

‘Prison is a different world,’ he added. ‘You are all the same. It sounds strange, you are so dependent on each other.

He celebrated his 55th Birthday in prison, saying ‘it was difficult’. He was given three chocolate cakes and shared them with other prisoners.

Becker said letters from fans and former colleagues from the world of tennis kept his morale up.

‘I got so many letters from fans, from friends,’ he said. ‘I  read every single letter. I collected them all and I will answer each one of them over Christmas.

‘These letters helped me very much to keep my morale and my lust for life.’

The Wimbledon champion admitted that behind bars ‘nobody gives a f*** who you are’ as he was allocated the number A2923EV.

The fallen star admitted: ‘In prison, you are a nobody.

Looking gaunt after losing weight and with a copper blond rinse in his hair, Becker added: ‘I went to bed hungry for the first time in my life.

‘I was scared at the food distribution. What did the prisoner do in front of or behind me? For weeks I did not eat very much until I organised myself better.

‘There was no alcohol, there was moonshine but it was much too strong and dangerous. I also didn’t smoke but in prison you smoke vapes. Prison certainly helped my health’.

Becker says tried to dress in black to ‘look cool and dangerous’ to protect himself and appear inconspicuous.

‘What you don’t want in prison is standing out,’ he says.

However, prison authorities told him ‘nice try’ and he was given standard-issue clothes until he received a packed bag from his girlfriend Lilian three weeks later.

Becker said he had used his 231 days behind bars in Britain to reflect on his life.

The apparently contrite Becker was in contrast to the puffy-faced and defiant figure who refused to recognise his guilt in a London court In April.

‘I think I rediscovered the person I used to be.

‘I’ve learned a hard lesson. A very expensive one. A very painful one.

‘But the whole thing taught me something important and good. And some things happen for a good reason.’