In an image released by No10, people spotted the wire from the phone did not appear in the reflection in the mirror with some suggesting the official Downing Street photo of the historic moment could be a fake.  Downing Street said Mr Johnson was the first European leader to receive a call from the President since his inauguration in Washington last Wednesday.

This is flipping weird. What’s going on?

But the picture left many people unconvinced and unleashed a social media frenzy.

One retweeted the photo and said: “Lying cable: when the phone cord in the mirror is from a different picture after your £100,000 tax-payer funded photographer has finished photoshopping your spontaneous chat with Joe Biden.”

Another said: “Biggest giveaway is if you compare shirt creases between left and right images – they blatantly don’t match.”

Another said: “When you take a photo in a mirror does it have depth perception?

“I was just looking through my camera into the mirror and I don’t believe they do so why is the chair in the background so blurry?” 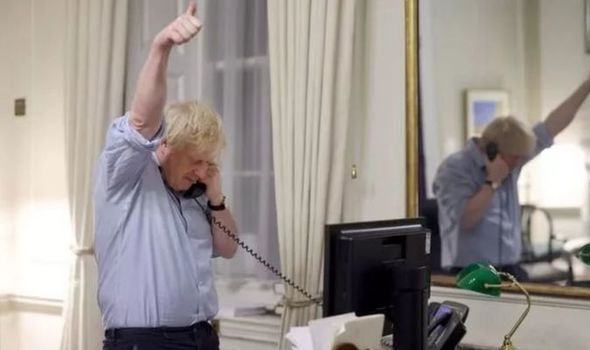 Actor David Schneider commented on the picture before deleting the tweet, he said: “Does this Government have to lie about everything?”

Even ITV political editor Robert Peston admitted he was left bemused by the image.

He tweeted: “This is flipping weird. The phone cable should be visible in the mirror descending from Boris Johnson’s watch, in this official Downing St picture. It’s not. What is going on?”

He later said: “And just for the avoidance of doubt, Downing St tells me they would never doctor or photoshop a picture, and – as I assumed – it is the angle that makes it look strange.

“But it is certainly strange.”

Despite the conspiracy theory surrounding the call, some on social media moved to confirm that the image was in fact real, and instead pointed to the angle at which the cord is seen in the mirror. 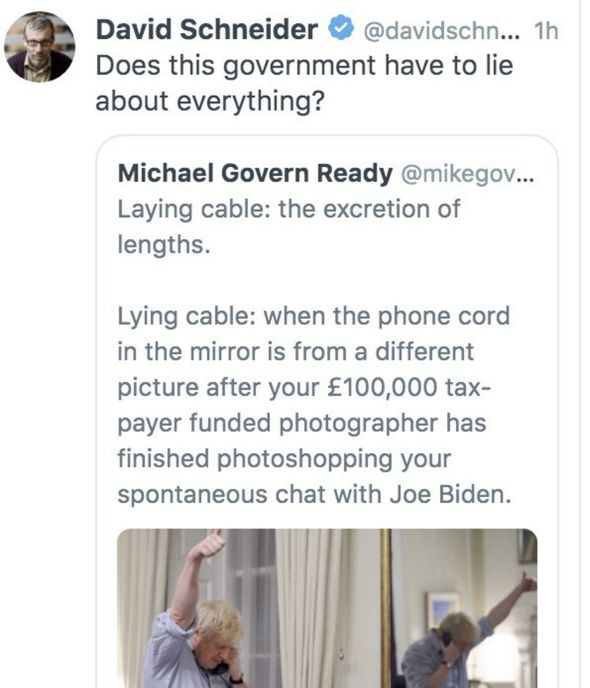 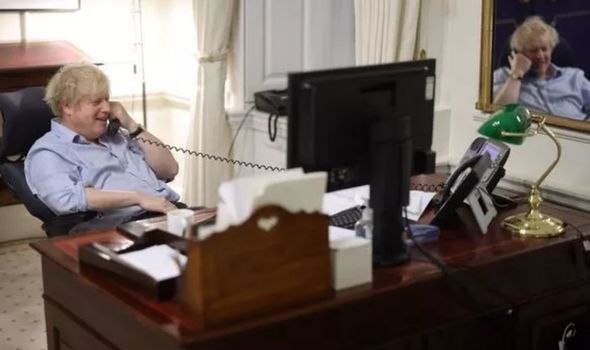 There was relief in Downing Street at the early call amid concerns about the way Mr Johnson’s perceived closeness to Mr Trump would be seen by the new White House administration.

The Prime Minister is regarded with deep suspicion by some senior Democrats around Mr Biden who – unlike the former president – was no fan of Brexit.

Many were offended by his sideswipe at the “part-Kenyan” Barack Obama during the 2016 EU referendum campaign, while Mr Biden once described him as a “physical and emotional clone” of Mr Trump.

Following the inauguration, No 10 sought to play down Mr Biden’s decision to remove a bust of Winston Churchill from the Oval Office – even though Mr Johnson had criticised Mr Obama when he did the same thing.

The Prime Minister’s official spokesman said: “The Oval Office is the president’s private office and it’s up to the president to decorate it as he wishes.

“We’re in no doubt of the importance that President Biden places on the UK and US relationship and the Prime Minister looks forward to having a close relationship with him.” 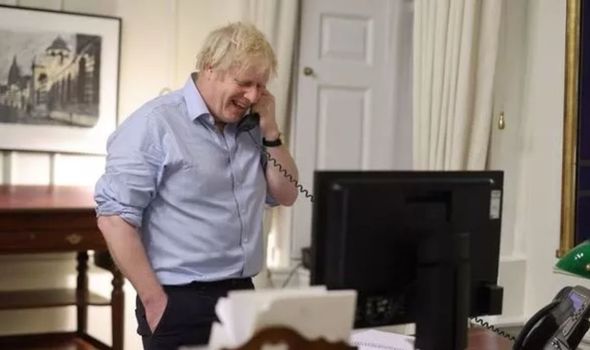 Downing Street said the Prime Minister congratulated Mr Biden on his inauguration during the call and warmly welcomed his decision to rejoin the Paris Agreement on climate change and the World Health Organisation – both abandoned by Donald Trump.

“I look forward to deepening the long-standing alliance between our two countries as we drive a green and sustainable recovery from Covid-19.”