Boris Johnson has dismissed fears Vladimir Putin would launch a nuclear attack if his war in Ukraine continues to unravel.

Analysts have warned the Russian leader could use his arsenal of low-yield, battlefield nuclear weapons out of frustration if he suffered further losses to Zelensky’s troops.

It comes as Russian foreign minister Sergei Lavrov said the threat of nuclear conflict ‘should not be under-estimated’.

He accused Nato allies of ‘pouring oil on the fire’ by giving increasingly powerful munitions to Ukraine as he warned against provoking ‘World War Three’.

However, in an interview with TalkTV, Mr Johnson insisted the situation was not as perilous and the West did not need to make ‘concessions’ to avoid an escalation.

The PM said the overwhelming support for the invasion in Russia meant Putin had the ‘political margin for manoeuvre’ to back down and withdraw his forces if they fail to breakthrough.

He said: ‘Given the massive Russian backing for what he is doing, given the apparent obliviousness of the Russian media about what is really happening in Ukraine, the paradox is that Putin has far more political space to back down, to withdraw. 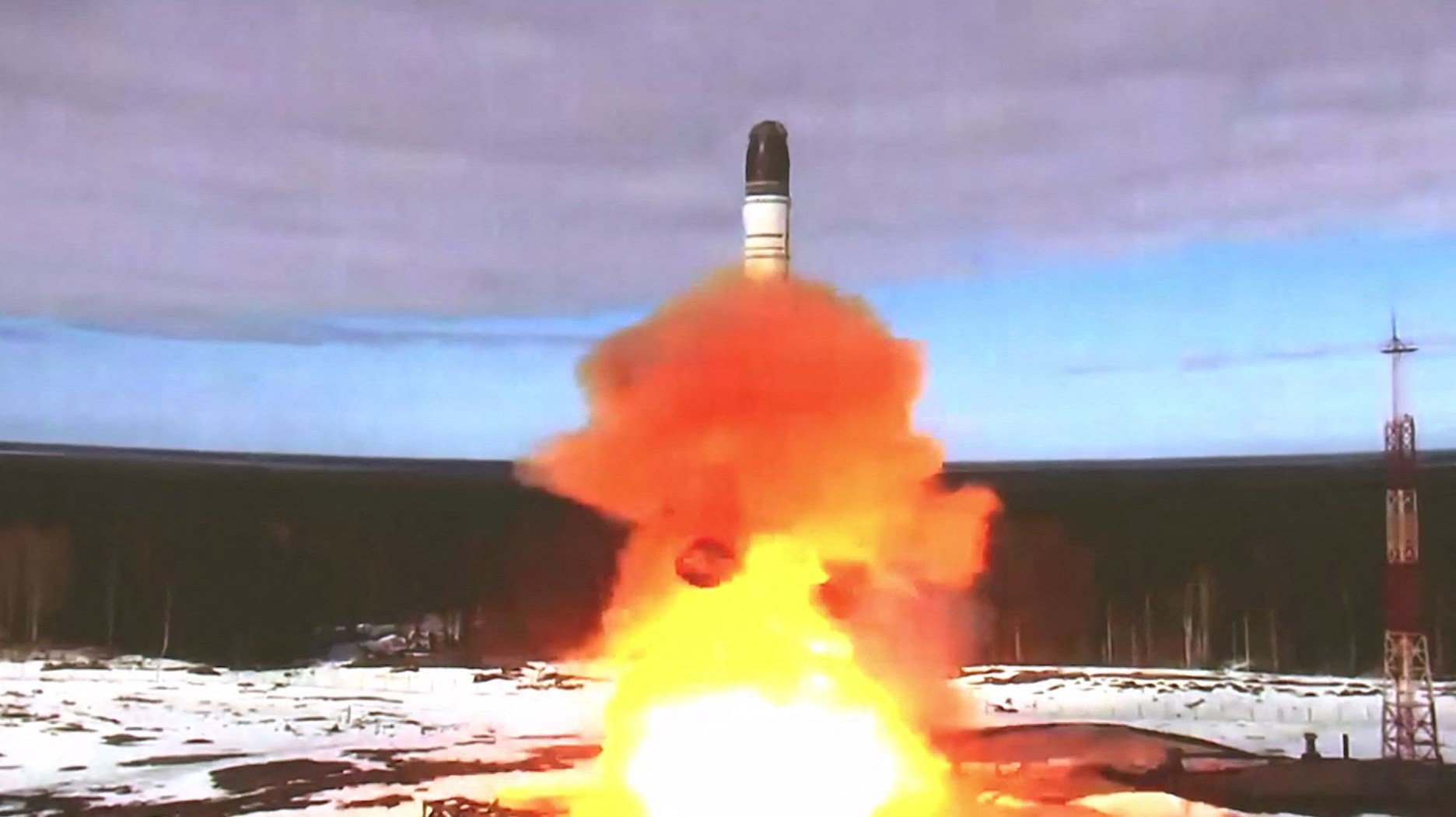 ‘There will come a point when you (Putin) say to the Russian people “The military technical operation we launched in Ukraine has been accomplished, it has been technically a success”.

‘I think he has far more political space than people worry about. People say we have to make a concession, we have to worry about what Putin might do because of the risk of his defeat.’

Mr Johnson said Britain and other ‘sympathetic’ countries would continue to supply more Nato-grade weapons, training and intelligence-sharing to Kyiv.

While the PM insisted he did not want the crisis to escalate, he suggested he was happy to see the Ukrainians use British-made weaponry in Russia.

‘They are being attacked from within Russia territory. They have a right to protect and defend themselves,’ he said.

He added: ‘We cannot accept the idea that this is some sort of stand-off between Russia and the West.

‘Putin’s regime is engaged in a diabolical attempt to crush the life out of the Ukrainian state. What we are doing is helping the Ukrainians to protect themselves.’