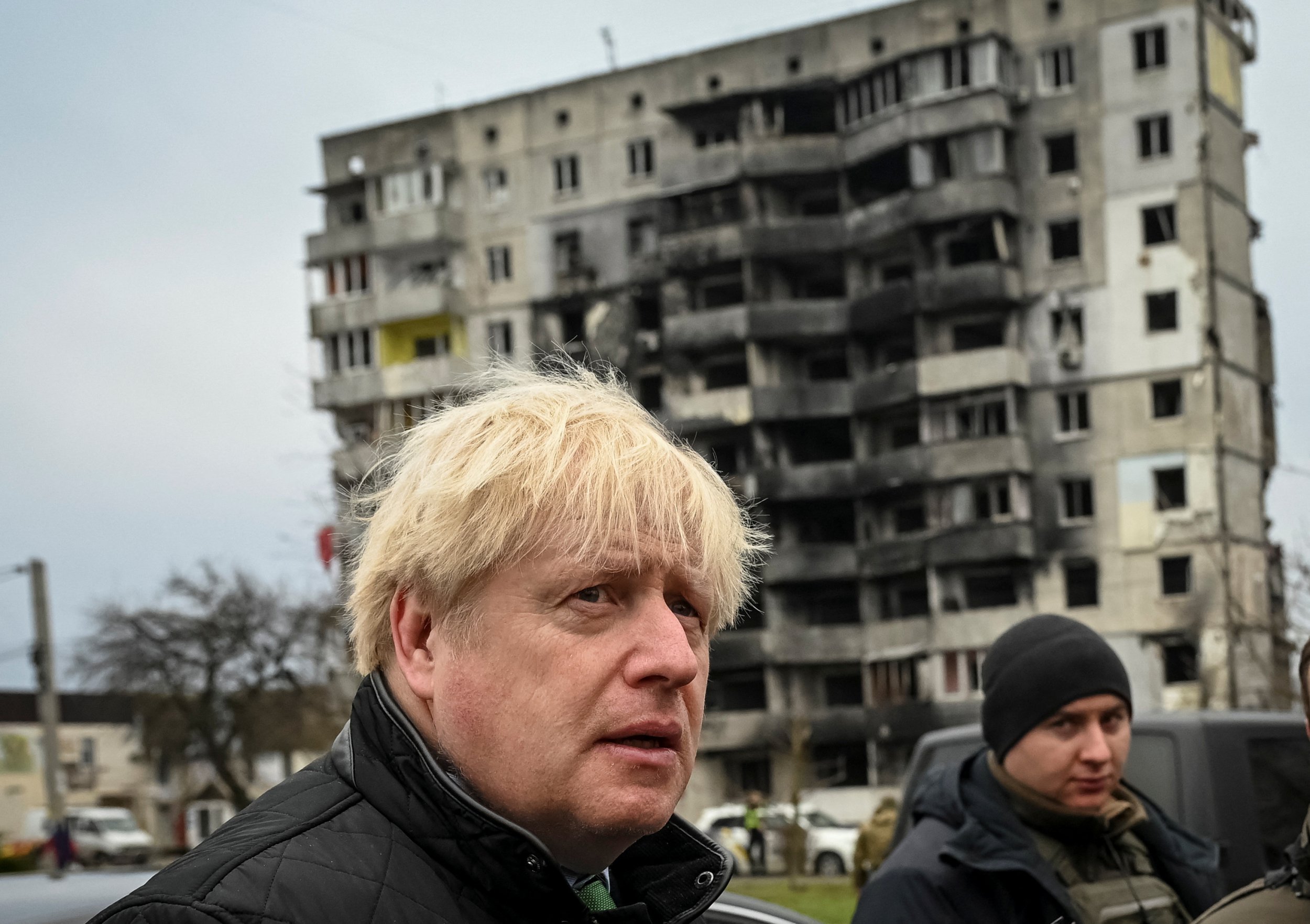 Boris Johnson has made an unofficial visit to Ukraine where he was taken to some of the most war-torn areas since Russia’s invasion began.

Escaping renewed scrutiny over his personal finances in the UK, the former prime minister travelled to the country at the invitation of Volodymyr Zelensky.

‘You shouldn’t have bothered. Oh dear, I’m too honoured,’ the ex-Tory leader can be heard gasping.

He visited Bucha and Borodianka, outside Kyiv, where the bodies of civilians were found scattered, many with bound hands and close-range gunshot wound in April last year.

After meeting with Mr Zelensky, he is expected to leave Ukraine later today.

This was Mr Johnson’s second appearance on the international stage in a matter of days, after he attended the World Economic Forum in Davos on Thursday.