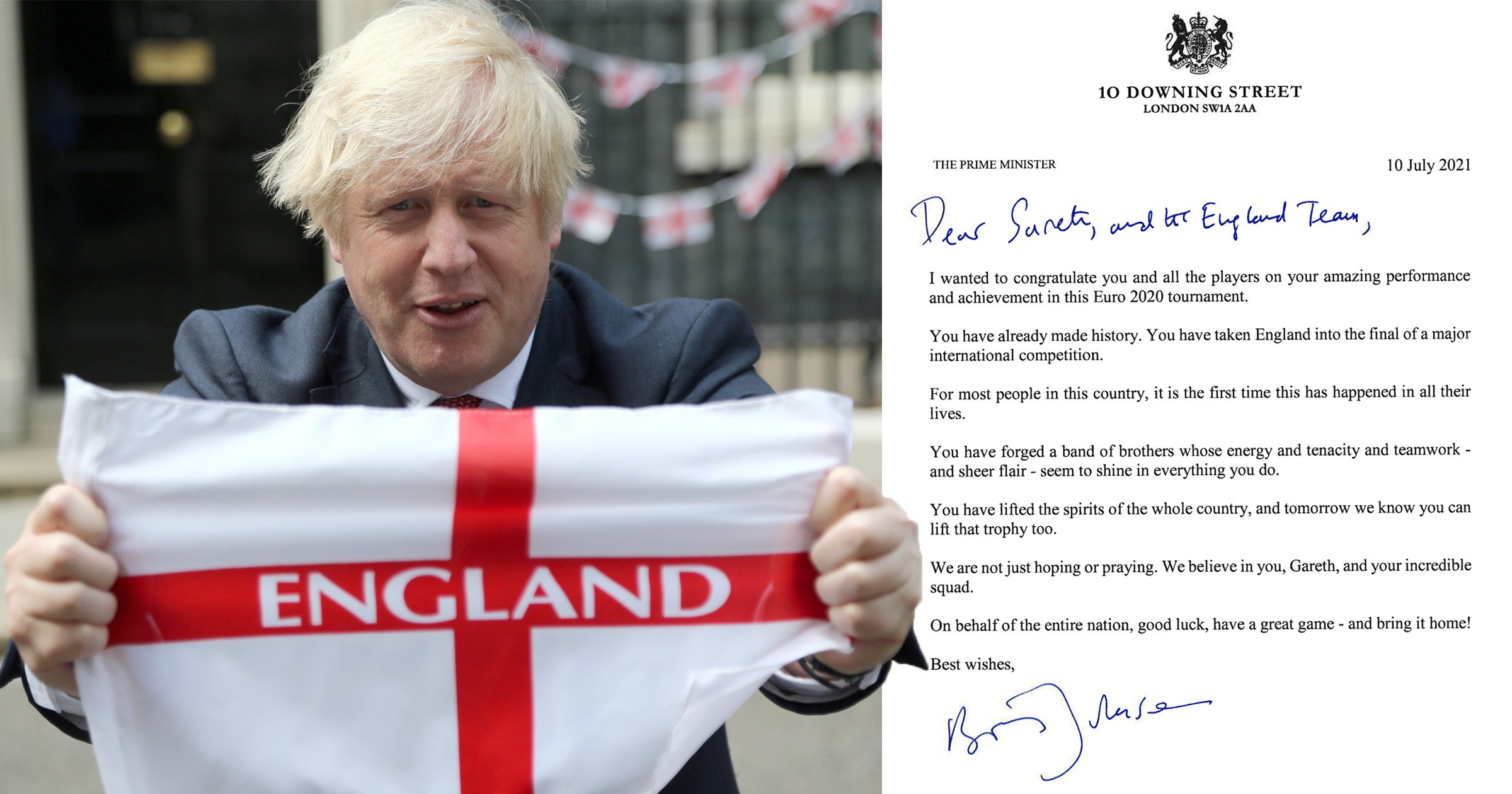 Boris Johnson has written to the England football team ahead of their clash with Italy in Sunday’s Euro 2020 final.

The prime minister hailed Gareth Southgate and his ‘band of brothers’, telling them they had ‘already made history’.

He said: ‘You have taken England into the final of a major international competition.

‘For most people in this country, it is the first time this has happened in all their lives.

‘You have forged a band of brothers whose energy and tenacity and teamwork – and sheer flair – seem to shine in everything you do.

‘You have lifted the spirits of the whole country, and tomorrow we know you can lift that trophy too.

‘We are not just hoping or praying. We believe in you, Gareth, and your incredible squad.

‘On behalf of the entire nation, good luck, have a great game – and bring it home!’

It comes after No 10 was decked out in St George’s flags ahead of the nation’s biggest game in half a century.

He said: ‘On and off the field, you’ve shown the best of England during this tournament.

‘You’ve been as fearless as the three lions on our crest. 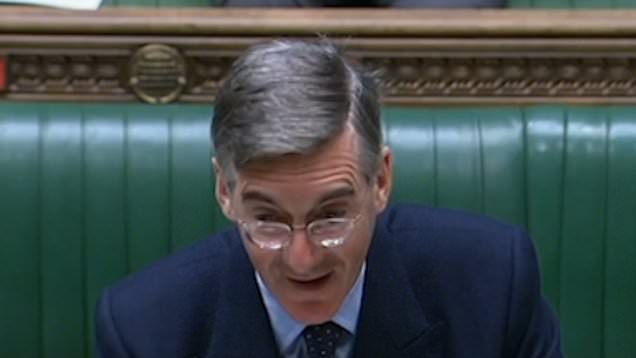 Earlier in the week, MPs from all parties used interventions in the Commons to congratulate the team for making the final, including Jacob Rees-Mogg reciting the John Barnes rap from World In Motion.

Liberal Democrat leader Sir Ed Davey said on Saturday he was ‘counting down the minutes until kick-off’.

He said: ‘The players, Gareth Southgate and the behind the scenes team have done something far more powerful than just win football matches – they have embodied an inclusive, inspiring, forward-looking England that so many people who have never sat through a football match feel connected to and proud of.

‘I myself and the Liberal Democrats all wish England the very best for the match. Whatever happens, we have a team we can be proud of playing in a major tournament final at Wembley.