Boris Johnson has insisted Cop26 was a resounding success, despite China and India scoring a big win on emissions.

Last minute backroom dealing saw a global commitment to end the use of coal-fired power stations reduced to a weaker pledge to have it ‘phased down’.

Climate activists have slammed the agreement emerging from the Glashow climate change conference as too little, too late.

A defiant PM defended his government’s work to secure a deal after all sides of the Commons heaped praise on minister Alok Sharma for his role in chairing the conference.

Mr Johsnon, who has previously acknowledged his disappointment on the coal change, told parliament: ‘It was a summit that many people predicted would fail and a summit that I fear some quietly wanted to fail.

‘Yet it was a summit that proved the doubters and the cynics wrong, because Cop26 did not just succeed in keeping 1.5C alive, it’s succeeded in doing something no UN climate conference has ever done before, by uniting the world in calling time on coal.’ 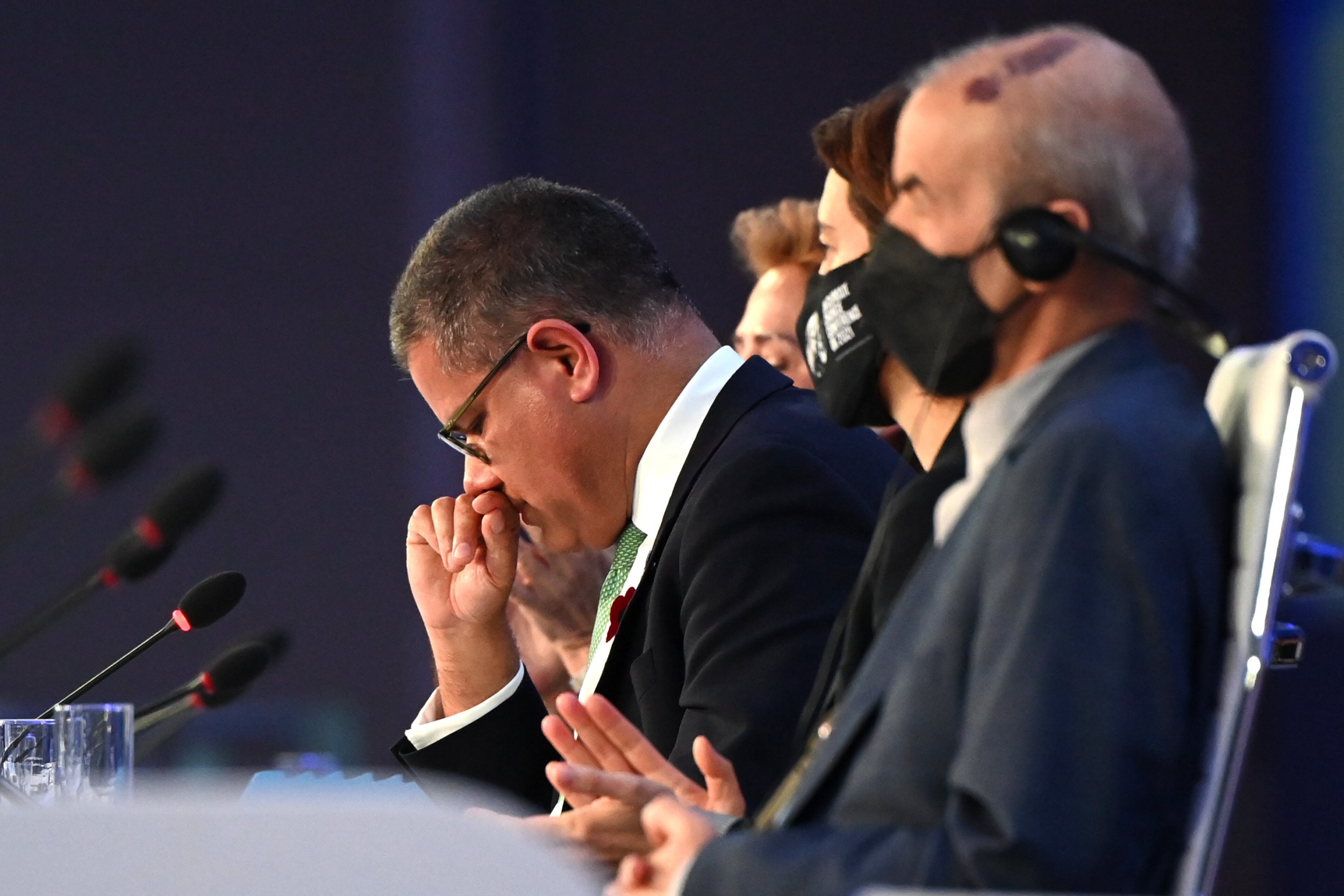 He said the coal agreement was unprecedented in 25 years of climate conferences and called it the ‘first bite’ at ending coal use one and for all, which he described as a ‘sedimentary super polluter’.

Sir Keir began by praising Mr Sharma, whose rare show of emotion on Saturday as he apologised to conference delegates for the watering down of the text received international plaudits.

He thanked him for ‘his diligence, his integrity and his commitment to the climate’ but said the overall outcome had fallen short of what was needed.

Responding in the Commons, he said: ‘The prime minister has been the wrong man in the wrong place at the wrong time. And Glasgow has been a missed opportunity, a stumble forward when we needed to make great strides.

‘More climate delay when we needed delivery. And 1.5C is now on life support. We still have the chance to keep 1.5C alive, but only with intensive care.

‘We have to speak honestly about the challenge we face to rebuild the coalition that we need, and to take on the big emitters. We can and we must change course.’

Mr Johnson also said he was not suggesting ‘we can safely close the book on climate change’, and he could think of ‘nothing more dangerous’ than ‘patting ourselves on the back and telling ourselves that the job is done’.

He added the job would not be complete until the whole world had reached net zero – and that he could not ‘claim to be certain that we will’, as certain countries that ‘really should know better’ had been ‘dragging their heels on their Paris commitments’.

The government’s analysis is that the target keeps alive to ambition set in the Paris Accords to limit global warming to 1.5 degrees.

Oxford University’s professor of economics and energy policy Sir Dieter Helm was scathing of the outcome and said people were ‘deluded’ if they thought the target was still in reach.

He said yesterday: ‘Even if for the first time ever, every country does everything that it promised to do, we won’t be able to achieve 1.5°C. Is Cop26 the turning point? The answer is no.’