Boris Johnson ‘confident’ that vaccine will work against variants

Just shy of 12 million Britons have now had the first dose of their coronavirus vaccine aa the rollout gathers steam. While only 516,000 people have had their second dose, the program is being hailed as a success as the daily Covid cases have decreased in recent weeks. New infections are down 26.6 percent week on week, with the number of people being hospitalised down 22 percent. Deaths are also down by a quarter on the previous seven days.

However, some have voiced their concern over the Oxford-AstraZeneca, after it was revealed the jab only has 10 percent efficacy against the South Africa variant, according to one study.

But Boris Johnson said the public should not be concerned about the progress of the vaccine rollout.

The Prime Minister said: “We’re very confident in all the vaccines that we’re using.

“It’s important for people to bear in mind that all of them, we think, are effective in delivering a high degree of protection against serious illness and death, which is the most important thing.” 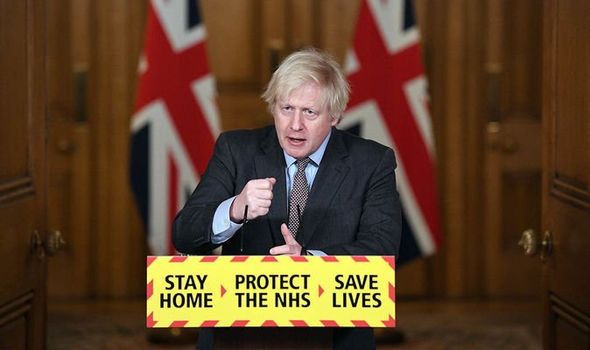 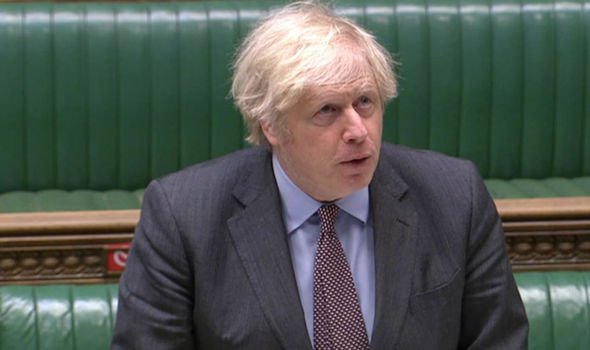 Boris Johnson will update the House of Commons on the latest coronavirus data and the progress of the vaccine rollout during Prime Minister’s Questions at midday today.

The PM is also expected to field questions about the new travel rules, announced by Matt Hancock yesterday.

Mr Johnson could use the chance at the podium to outline exactly how his Government expects the fines and 10-year jail threat to work.

A Tory MP texted Politico’s Playbook last night: “We’ve been stuck on a borders policy that is too weak and now Hancock has sh*t the bed and come up with this empty threat to overcompensate.” 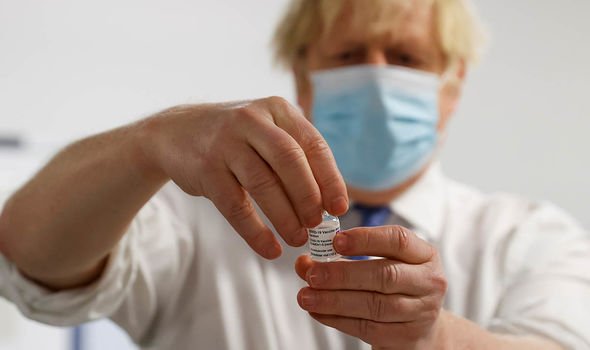 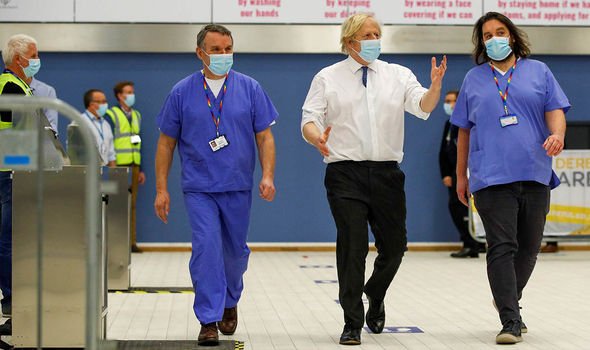 Mr Johnson, 56, has already made one appearance today – not for a Covid briefing or a committee meeting, but rather a work out session.

The PM was spotted sporting a bright red bobble hat, green woely jumper, shorts and trainers as her took part in an early morning work out in Lambeth palace with personal trainer Harry Jameson.

Last year the Prime Minister was hospitalised ad placed in intensive care after contracting coronavirus – and speaking last July, said it may have been due to his weight.

He said: “Like, I think, many people I struggle with my weight – go up and down. But since I recovered from coronavirus, I’ve been steadily building up my fitness.

“I don’t want to make any excessive claims because I’ve only really just started concentrating on it, but I’ve got – I’m at least a stone down.

“I’m more than a stone down. But when I went into ICU, when I was really ill, I was very, I was way overweight.” 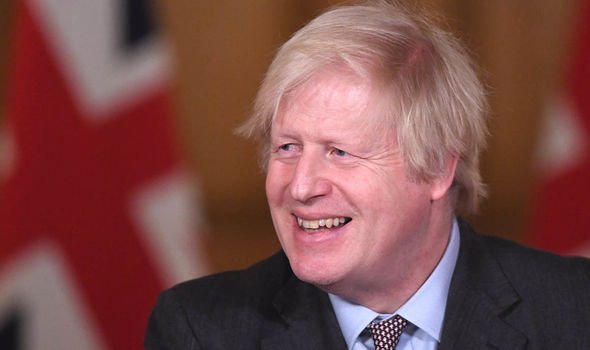 When will lockdown end?

Mr Johnson is expected to outline his ‘roadmap’ for the exiting of lockdown later this month, with the review of the restrictions pencilled in for February 22.

The PM has already outlined that schools will not reopen until March 8 at the earliest, indicating that we may see the rules rolled out for another month following the upcoming review.

Schools are expected to be the first thing to reopen, with hospitality a little further down the line as the UK eases back to normality.

But writing in the Telegraph, columnist Allison Pearson says the British public are at risk of being overwhelmed if lockdown does not lift soon.

She said: “As free people, we should be allowed to run that small risk in order to enjoy a full and satisfying life, not the lonely, twilit existence of the past 10 months.

“Not so long ago, relieving pressure on the NHS was the condition to be met before they gave us our freedom back.

“Now that we’ve almost cleared that bar, fools who think the virus can be extinguished are saying we can’t be released until we get down to 1,000 cases a day.

“If they test enough people, they’ll always find enough false positives to keep us in jail. Trapped forever, then.”