What did Boris Johnson name his son?

The Prime Minister and his partner have decided to name their first child Wilfred Lawrie Nicholas Johnson.

In a Tweet, Ms Symonds revealed their son’s name incorporates her grandfather and two doctors.

She said: “Introducing Wilfred Lawrie Nicholas Johnson born on 29.04.20 at 9am. 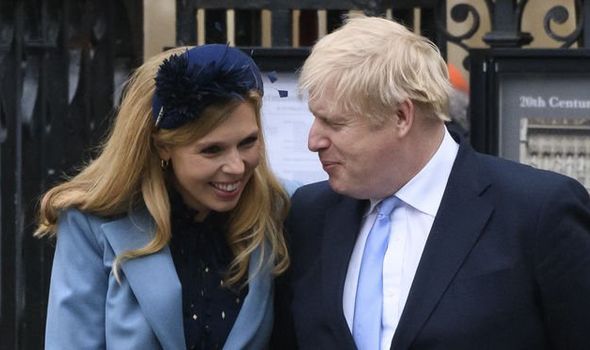 Ms Symonds also included a tribute to the people who looked after her as she gave birth earlier this week, thanking the staff of London’s University College Hospital.

She said: “Thank you so, so much to the incredible NHS maternity team at UCLH that looked after us so well.

“I couldn’t be happier. My heart is full.”

The Prime Minister’s son was born just as he returned to Westminster with Carrie Symonds in tow, as he picks up the reigns of Government once again to head the coronavirus crisis.