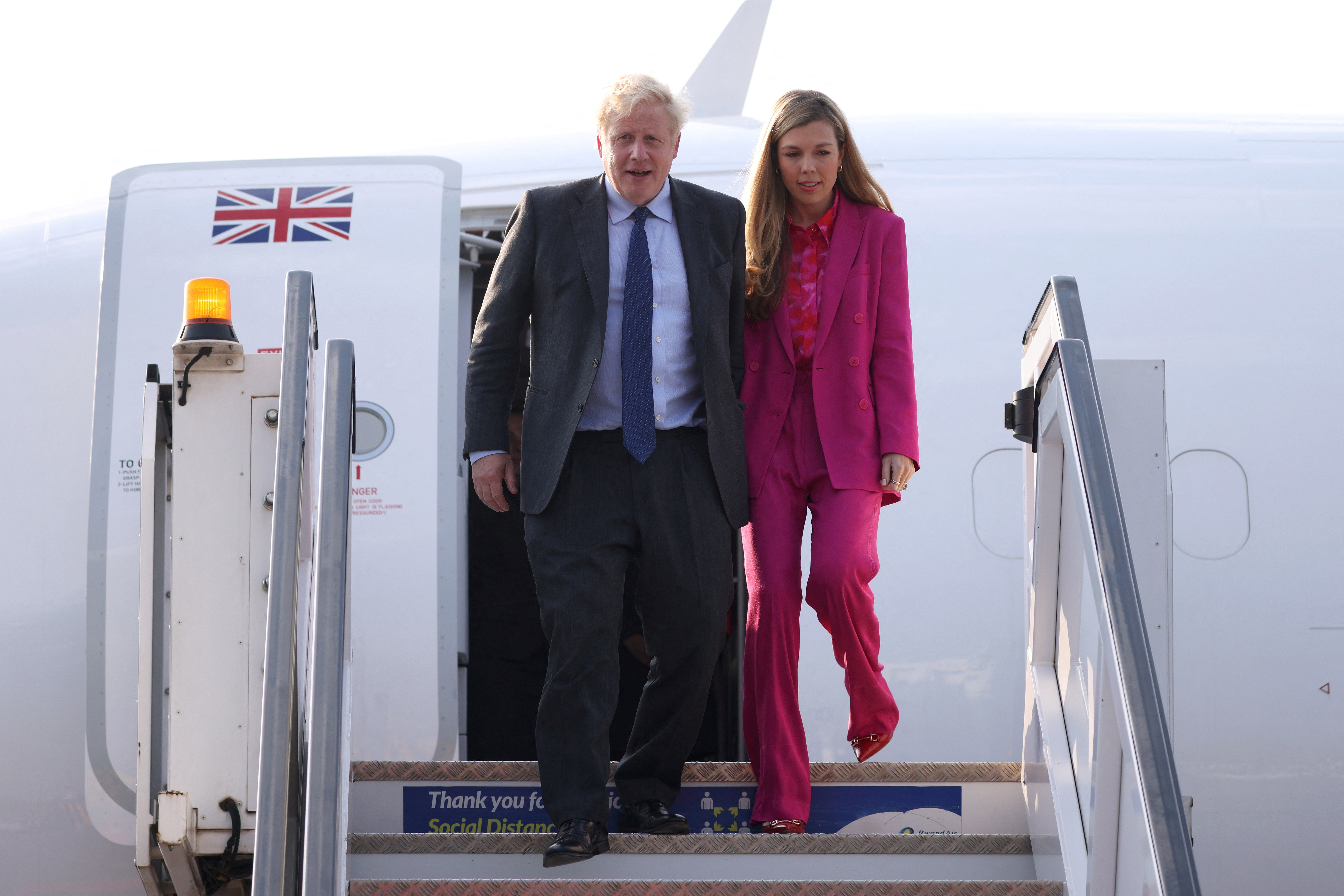 The Prime Minister has been criticised after flying back to London on his ministerial jet following a family trip to the beach.

Downing Street insisted the ‘sole reason’ for the flight was to transport Boris Johnson and staff back from Government business.

The Prime Minister and his wife Carrie had taken their two children to Porthminster, St Ives, during a weekend visit to the South West ahead of the Tiverton and Honiton by-election in Devon on June 23.

The ministerial plane was sent from London to Royal Naval Air Station Culdrose, near Helston, on the morning of Monday June 13, as first reported by the Sunday Mirror.

On the Friday before, Mr Johnson went to the Royal Cornwall Show, where he visited the cattle and sheep tents and spoke to local traders.

Then on the day of the flight, he went to Southern England Farms in Hayle, where he was photographed driving a tractor, trimming a courgette and weighing broccoli.

Lib Dem Richard Foord, who won the Tiverton and Honiton seat after a by-election was triggered by the resignation of Tory MP Neil Parish, said: ‘Johnson jetting back from Cornwall after a campaign trip tells you all you need to know about how he treats high office.

‘While families get hammered with unfair tax hikes, Johnson flies around the country at the expense of the environment and British taxpayers.’

The use of the jet not only raises questions about environmental issues but also how its use was justified under the ministerial code.

‘Ministers must ensure that they always make efficient and cost-effective travel arrangements,’ the rulebook states.

‘Official transport should not normally be used for travel arrangements arising from party or private business, except where this is justified on security grounds.’

Family members are permitted to join ministers on the trips ‘provided that it is clearly in the public interest’.

A No 10 spokesperson said: ‘All travel decisions are made with consideration for security and time restraints.

‘The PM is accompanied on government business by a delegation of staff, which is taken into consideration as part of ensuring taxpayer value for money.

‘This was the sole reason for the plane being used to transport the PM and his staff back from this particular visit.’