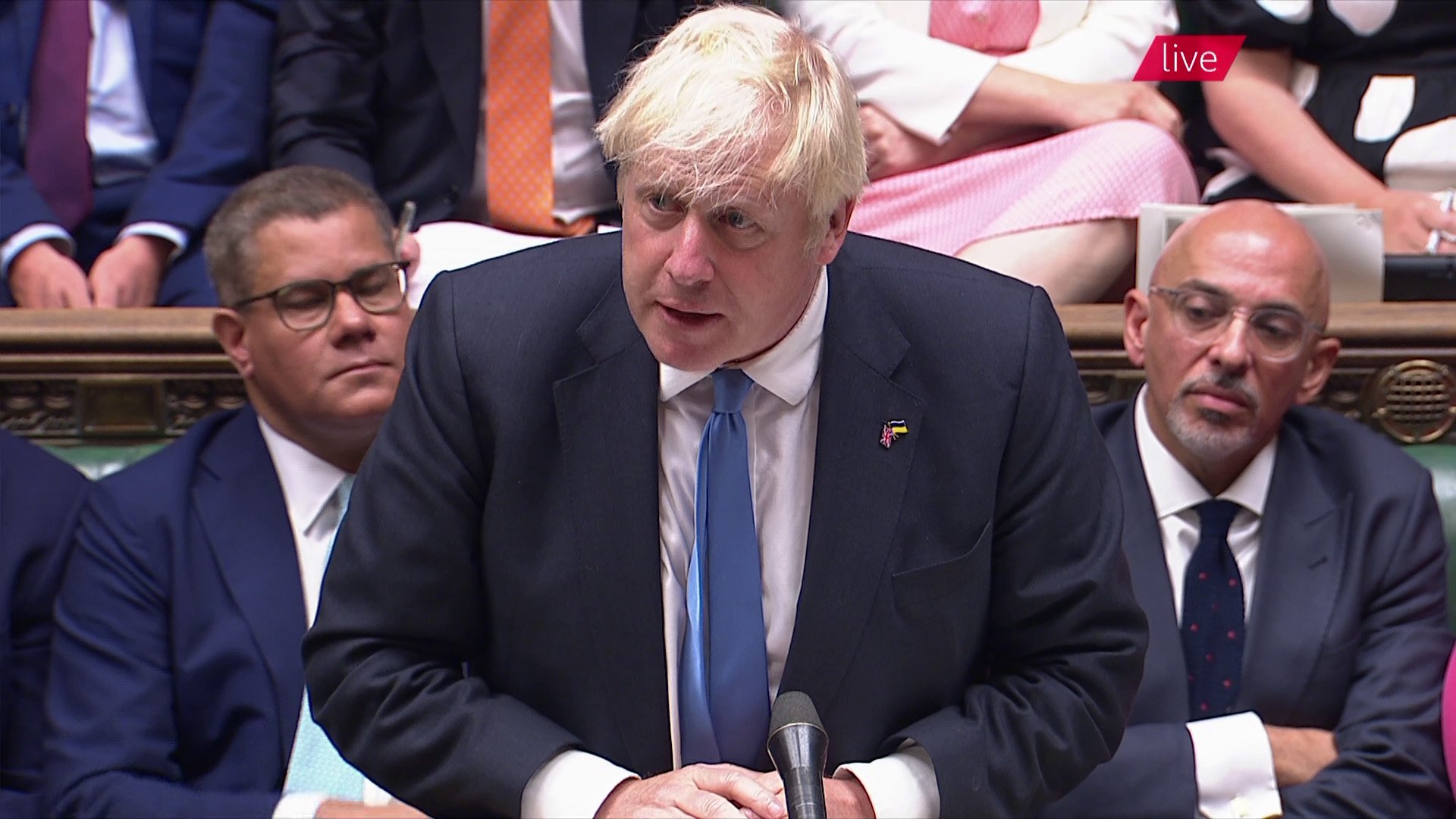 Boris Johnson has stood up at PMQs for what is ‘certainly’ his last time today.

He has resigned as prime minister, and will stay in his position in a caretaker role until a new leader is decided in September.

But there won’t be more question session like this afternoon’s, as Parliament will go into its summer recess from tomorrow.

Last week, Mr Johnson said that it might be his last PMQs, but after standing up again today he said this one was definitely the last time, ‘from this dispatch box – or from any other’, implying he does not think he’ll serve as a minister in future either.

Sir Keir Starmer said that the relationship between the prime minister and leader of the opposition was not always easy, but he wished Mr Johnson and his family ‘all the best for the future’.

A few minutes later, however, he claimed that Mr Johnson had come down from his ‘gold-wallpapered bunker’ to join the session.

Both men needed to have a thick skin for the session, however, with the prime minister later comparing his rival to a ‘human bollard’.

Both politicians paid tribute to the firefighters who worked so hard in yesterdays heatwave yesterday which saw wildfires breaking out across the country.

Kicking off the session, speaker Sir Lindsay Hoyle said: ‘We’ve been through many dark times in this house, none more so than through the pandemic.’

He said MPs would have different opinions on the PM’s record in government.

Kim Leadbeter stood up for the first question in the House of Commons, with MPs shouting and jeering so much that a colleague could repeatedly be heard saying ‘keep going Kim’.

Mr Johnson said he was proud of his legacy, saying he had led the world on climate change and on supporting Ukraine after the Russian invasion.

Before the session started, one Tory MP had been urging colleagues to give Mr Johnson a standing ovation for his final PMQs.

HuffPost reported that Robert Goodwill wrote in a Whatsapp group that it would be the ‘least we can do to thank him for our 80 majority and getting Brexit done!’

Not everyone agreed – but David Cameron and Theresa May were both given the honour, so if he doesn’t it could be quite awkward.

It’s also traditional for the leader of the opposition to pay tribute.

Keir Starmer said some polite words – but didn’t repeat his assessment that Mr Johnson ‘is a complete bullshitter and I think he’s been found out’.

Asked about the PM’s legacy, he told The Rest Is Politics podcast released today that the country has a sense that ‘this guy doesn’t mean a word that he says’.

He claimed that people like Mr Johnson ‘debase politics’ and ‘drag everybody into the gutter’, which is ‘corrosive’.