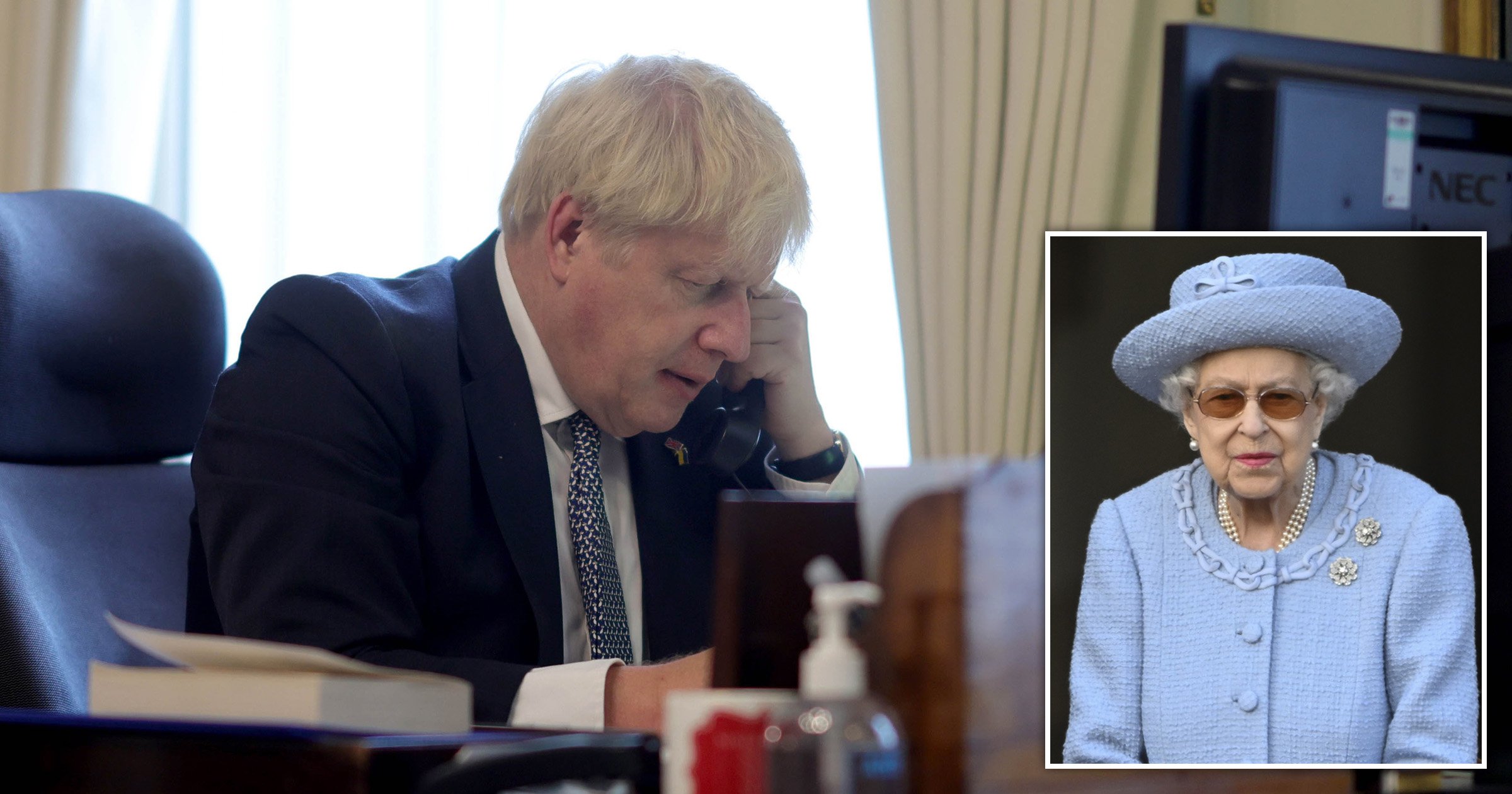 Mr Johnson made a courtesy call to the head of state while she was at her Windsor Castle home and is believed to have told her about his resignation.

The political drama had been building over the past few days and, with the Queen and the politician having held their weekly catch-up meeting only on Wednesday, the subject of the call may not have come as a surprise.

What passes between the Queen and her prime minister during their private meetings is supposed to remain private, but there have been leaks over the years from Mr Johnson.

He was only a few hours into his post after succeeding Theresa May in July 2019 when he revealed what was said in his audience with the Queen, as he accepted her invitation to form the next government.

A correspondent for Euronews NBC said the outspoken politician claimed the monarch quipped: ‘I don’t know why anyone would want the job.’

Later that year, Mr Johnson broke with convention again and talked about his audience with the Queen, saying ‘she always asks the best questions’.

His revelation was made in an election campaign video filmed on his way to meet the head of state on the day Parliament was dissolved – signalling the start of the general election.

The politician may have had to answer the ‘best questions’ again from the monarch when they chatted earlier.

It is thought Mr Johnson telephoned the head of state before his decision to resign was made public at around 9.10am on Thursday.

In his caretaker role as the outgoing prime minister, Mr Johnson will continue to hold weekly meetings with the Queen.

It remains to be seen if any of the conversations will be divulged by the politician.