But he acknowledged cases had increased “very much” in recent weeks. His remarks followed fresh demands from public health chiefs for tighter restrictions in many areas following the five-day relaxation of household-mixing rules over the festive period. Mr Johnson was quizzed about his plans for coronavirus restrictions in the New Year after the Northern Ireland government yesterday announced a six-week lockdown from Boxing Day.

He said: “We’re hoping very much that we will be able to avoid anything like that.

“But the reality is that the rates of infection have increased very much in the last few weeks.”

Mr Johnson, who has called for “extreme caution” during the Christmas break, yesterday stepped up his cry for people to act responsibly when rules are eased temporarily.

He said: “What we’re saying to people now over this Christmas period is think of those rules about the three households that you can bubble up with, the five days. That is very much a maximum – that’s not a target people should aim for.

“Keep it short, keep it small, have yourselves a very little Christmas, as I said the other night.”

Professor Neil Ferguson, the scientist whose forecasts of an explosion in Covid-19 infections led to the first lockdown in March, suggested a third may need to be more stringent than the second last month. 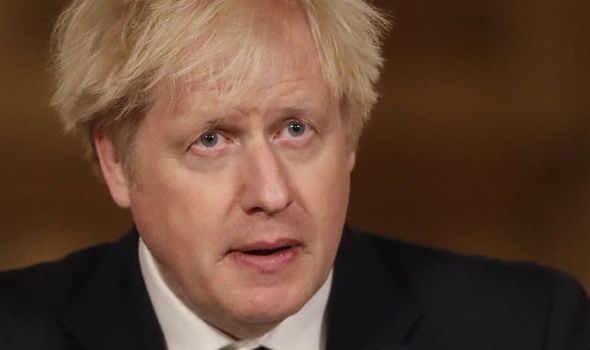 He said: “The concern I have right now is that in the East of England, for instance, case numbers were rising during the last lockdown, so there may be a need for additional controls beyond even what were in place then.”

With the political divide over Covid restrictions widening, Sir Keir Starmer called on Mr Johnson to set out a plan for averting a third national lockdown in England.

The Labour leader said: “We can see that the tiered system is not working in the way the Prime Minister promised. More people are going into the higher tiers, so it’s not strong enough. I think the central question, Prime Minister, is what are you doing now to prevent the chances of a third lockdown?”

Sir Keir has said that limiting Christmas to mixing only between two households would be a “step in the right direction” and urged Mr Johnson to “toughen up over Christmas”. 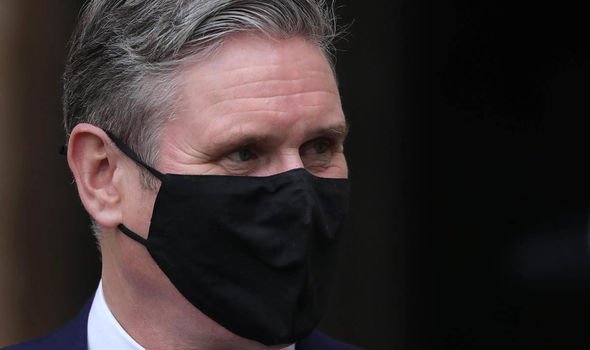 Earlier yesterday, Schools Minister Nick Gibb also said the Government was not ruling out a fresh lockdown in England.

He told BBC Breakfast: “We have a very localised approach because we have the data from the mass testing.

“Forty-six million tests have been issued through that Test and Trace system since the beginning.

“When they’re falling, we will reduce it as we have in Bristol, North Somerset and in Herefordshire,” he added. Asked if there would be no national lockdown, he said: “We think the tier system is a very effective way, of course, but you know, we rule nothing out.”

Katherine Henderson, president of the Royal College of Emergency Medicine, wanted the Government to act.

She said: “It seems to me we need to do whatever it takes to get the situation firmly under control so that we can vaccinate people and then move forward.”

Professor John Edmunds, a member of the Sage scientific advisory panel, warned: “At the moment it doesn’t look like the tier system is holding the epidemic wave back, unfortunately.

“So I think we are going to have to look at these measures and perhaps tighten them up, we really will.

“It’s a horrible thing to have to say, but we are in quite a difficult position.”