In March, Defence Secretary Ben Wallace unveiled the largest defence review since the end of the Cold War, which included plans to focus on upgrading the Trident nuclear system. It signalled the UK’s continued capacity to use weapons of mass destruction if needed, which Mr Johnson noted would make the Armed Forces “all the more useful, all the more, I’m afraid, lethal, and effective around the world”. Trident is an operational system of four Vanguard-class submarines armed with Trident II D-5 ballistic missiles, able to deliver thermonuclear warheads from multiple independently targetable re-entry vehicles (MIRVs).

He told Express.co.uk how he would have followed commands to launch a nuclear strike if ordered to during his four patrols, but he would not do the same today.

He said: “After deciding to take command, that is the decision you have made already – to push the button.

“If you are wrestling with that decision, either on patrol or once the instruction comes, you’ve left it too late. You’re in the wrong job. 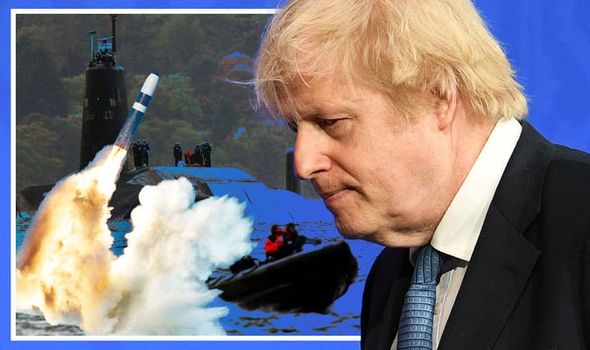 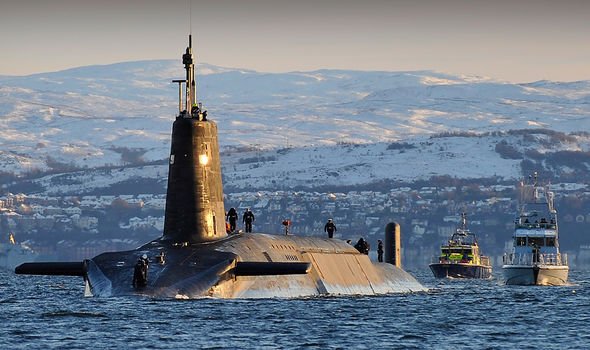 “By the time I took command I had already thought through and one of the things I discovered was that I could discuss it with my sailors – I was content.”

Should it come to the need for the last resort launch, the Prime Minister would send the order directly to a commanding officer on board the submarines.

And Dr Corbett, who has also worked on NATO’s nuclear deterrence policy, says he could not put his faith in the current Government to have made the right choice.

He added: “A year ago it was becoming very clear to me that the scrutiny and involvement of contrasting views to challenge opinions within Government decision making in a complex scenario wasn’t there. 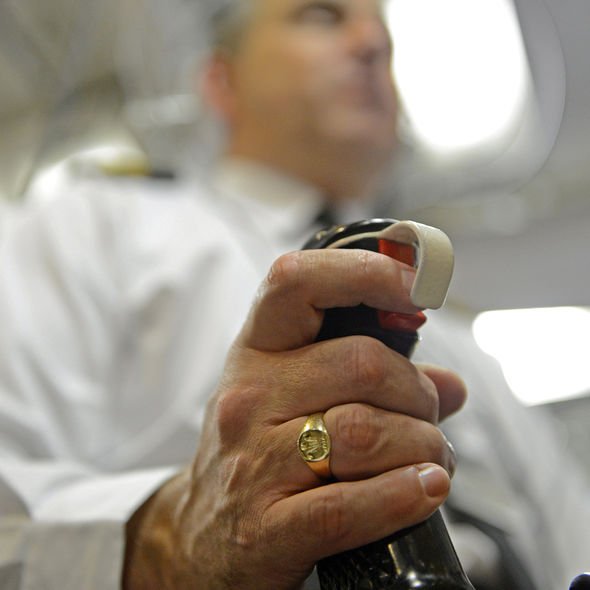 “Decision making at the time appeared to be dogmatic, it was doctrinally driven and anyone who disagreed found themselves outside of Government.

“That is the same for some very senior civil servants in the year since and this behaviour has continued.

“There appears to be this dogmatic sense to the Government and it’s getting worse and worse.

“This Government has had to deal with a fairly unprecedented situation in regards to the pandemic and Brexit, but the decision whether to launch or not launch a nuclear weapon is pretty unprecedented too.”

Dr Corbett, who is now a teaching fellow at the Defence Studies Department of Kings College London, says things have not improved in his eyes and so he would refuse to take command of Trident if asked today. 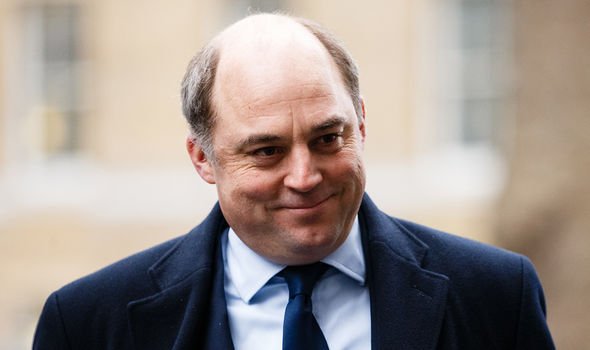 He added: “There’s no evidence that I’ve seen that this decision making is vigorous, developed, sophisticated.

“Therefore, I could not safely put my faith in the other end of the national fire-control message.

“I could not say with my hand on my heart that they would make a decision that I would be prepared to fire based on something this Government has said.

“I would not have it in me to say that I have every confidence that it was not an immediate reaction to bad information, rather than a last resort in the nation’s interest.

“A year on, I would say that everything has been amplified. Even more so, I would not take command.”

“The first responsibility of Government is the protection and defence of the UK and its citizens. A key element of that is deterrence, which is at the core of the UK’s national security policy.

“The nuclear deterrent exists to deter the most extreme threats to our national security and way of life, which cannot be deterred by other means. Successive UK Governments have concluded that for as long as nuclear weapons exist a nuclear deterrent is an essential part of our insurance against the uncertainties and risks of the future. 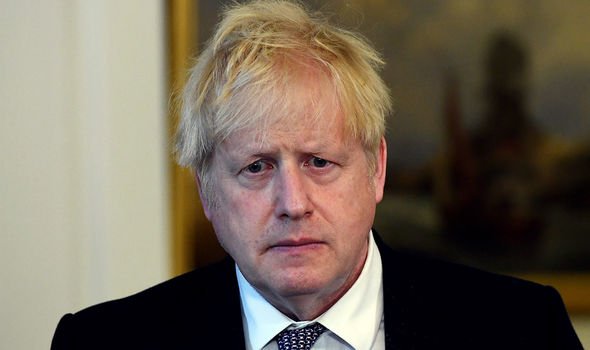 “The Government believes that we can best protect ourselves by the continued operation of an independent, minimum, credible nuclear deterrent.”

Following a meeting with NATO head Jens Stoltenberg this week, Mr Johnson said the UK will stand shoulder-to-shoulder with NATO allies against “threats from the East”.

The Prime Minister’s bold warning came as the UK seeks to bolster military cooperation in an “unpredictable world” following growing tensions with Russia and China.

He explained: “I think nuclear deterrence is a good thing. It is much better than the alternative, which is a lot of conventional wars.

“But the way the Integrated Review talks about it in terms of power and politics, it’s far more pugilistic than any of his predecessors and I’ve studied them back to Duncan Sandys’ report in 1957.

“That combination of a pugilistic world view and that it’s all about hard power reflects the view of Bismark or Machiavelli would have recognised.

“It’s very much, ‘We need a bigger stick than they’ve got. And they’ve got a big one’. 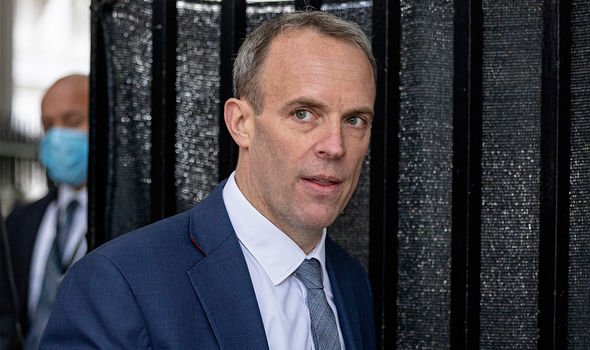 “There’s very little other than the gloss about collaboration and actually helping each other. It’s very much about how we will stand up for ourselves.

“It’s all about throwing our weight around rather than working within the system. There is always a place for focusing on emerging threats, but the UK’s security’s bottom line is the nuclear deterrent.”

At least one Trident submarine is always on patrol to provide a continuous at-sea capability.

Each one carries no more than eight missiles and 40 warheads, although their capacity is higher.

The Government confirmed plans to increase its available nuclear stockpile by more than 40 percent, from 180 to 260 warheads.

Asked why the Government would want to increase the amount, Foreign Secretary Dominic Raab told BBC Radio 4: “Because over time as the circumstances change and the threats change, we need to maintain a minimum credible level of deterrent.

“Why? Because it is the ultimate guarantee, the ultimate insurance policy against the worst threat from hostile states.”

The Treaty on the Non-Proliferation of Nuclear Weapons, of which the UK is a signatory, aims to prevent the spread of nuclear weapons and technology worldwide, with the ultimate aim of complete nuclear disarmament. 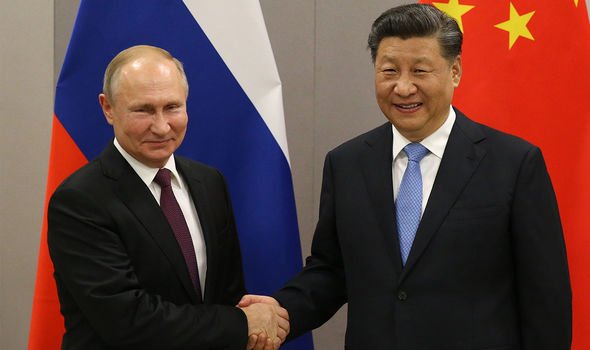 Mr Raab added that the UK has “only ever committed to maintaining a minimum credible deterrent” and the Government takes “into account the changing circumstances in the world and the threats we face as to what that minimum is and how credible it needs to be, but of course we fully comply with our international obligations”.

But there have been calls for the UK to scrap the system, not just from campaigners and politicians, but also from those who served on them.

Former Lieutenant Commander of HMS Repulse, Rob Forsyth, said earlier this year: “Come the end of the Cold War, when the Berlin Wall came down, I assumed Trident was yesterday’s weapon and we wouldn’t be replacing the Vanguards.

“So when there was serious talk about upgrading it I took an interest in whether we could actually afford to do it.

“Even in 2015, when I first started thinking about it, we didn’t seem to have enough frigates to escort one of the planned carriers, never mind two, nor did we have enough nuclear powered submarines to keep one at sea on most days.

“So I followed the debate in Parliament quite closely and it was a series of MPs wrapping the Union Flag around themselves talking about protecting the nation and pressing the nuclear button.

“But they were quite low on the hard facts of why, how, or wherefore.”

Mr Forsyth, who was often second-in-command during the Cold War, could not understand why there was still a need for the weapons.

He added: “There was no intelligent discussion as to whether a weapons system designed for mass destruction fitted in with the post-Soviet threats we face.

“The whole argument seemed to predicate on the rise of an unknown hostile superpower in the future.”

Mr Forsyth said that continuous deployment is “very expensive” and requires a “large amount of assets to protect the submarine on patrol”.