Prime Minister Boris Johnson is facing mounting pressure as the country grapples with a cost of living crisis, partygate continues to sew distrust amongst the public, and Labour looks strong ahead of a crucial by-election in Wakefield. Earlier this month, allies of the Prime Minister warned an early general election could be called. The Prime Minister’s advisers have let it be known that an election next year – or even sooner – is a possibility as he mulls his political future.

The Telegraph reported that David Canzini, a senior political adviser in Downing Street, told around 80 Tory MPs facing tight re-election battles to be ready for a poll as early as next autumn.

Election guru and Conservative Party peers, Lord Hayward, tells Express.co.uk that there is a scenario where the Queen could block Mr Johnson from holding an election.

This is because holding an election to avoid being overthrown by the party, Mr Johnson may have his request dismissed.

Lord Hayward explained: “Constitutionally… there has been a suggestion that if there were a leadership contest, Boris could go and ask for an election from the Queen.

“The law says the Prime Minister can ‘recommend’ to the Palace that there be an election, but the Palace can say ‘no’. 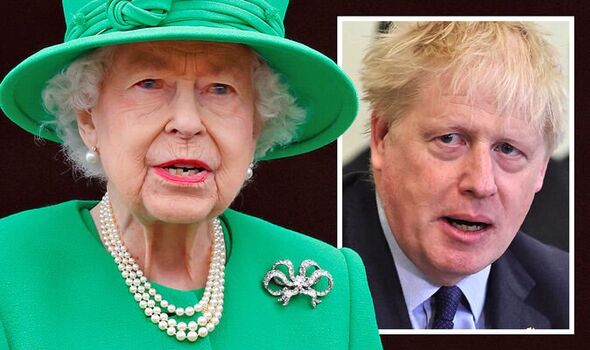 “The Palace can say ‘well, you still have a thumping majority, we will ask someone else to form a government within the party’.

“The monarch in broad constitutional terms has to accept advice, it does not have to accept recommendations. Therefore it would be within reason for the Palace to say privately ‘don’t embarrass us, you have a majority of 80.'”

The same claim was made recently by another expert – Vernon Bogdanor, Professor of Government at King’s College London.

Speaking to LBC earlier this month, said that “the rules are there to ensure Conservative MPs choose their leader and he doesn’t remain when he’s lost support”

He added: “It’s not clear he could call a general election if his party or his cabinet don’t wish for him to do so. 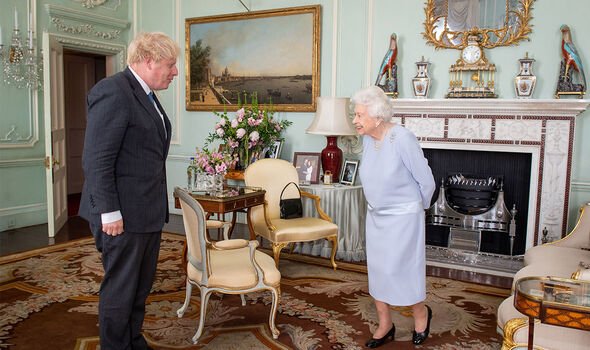 “The Queen might well ask whether the Conservative Party as a whole wants a general election.

“If he called a general election solely to avoid being overthrown, it wouldn’t 100 percent certain that he’d be granted a dissolution of parliament”

Mr Bogdanor also explained that in the event the Queen were to deliberate the decision, “backbenchers would make their opinion known – obviously in this hypothetical situation – and vote to remove Boris Johnson, and then he would be replaced by someone with a different view.”

A former Tory chairman has challenged Mr Johnson this week, branding him an “English Nationalist Government” and adding it would be a “disaster” if he won the next election.

Speaking to LBC, Lord Patten said he was still a member of the Conservative party but added: “I’m not sure there is one at the moment. 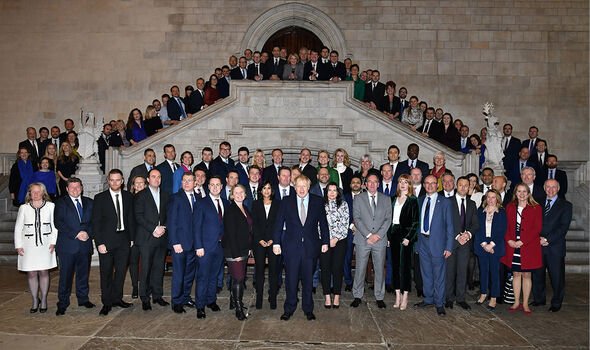 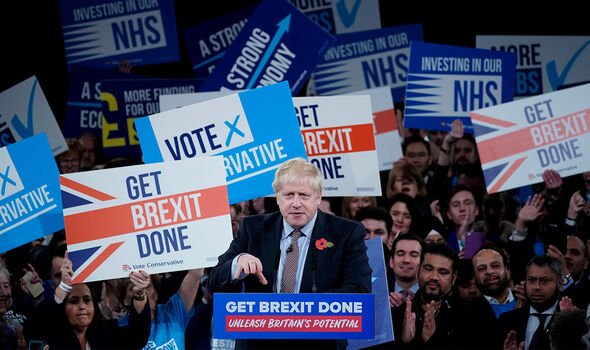 “There are still some people I think, are Conservatives, but I don’t think it’s a Conservative government. I think it’s an English nationalist government and as I’ve said in the past, it’s, unfortunately, both populist and unpopular, which is a terrible combination.

“It’s really sad that the Conservative Party is split between Brexit right-wing Conservatives and others – that every move is determined, as far as the Prime Minister is concerned, by whether it’s appealing to his right-wing to keep him in office.

“That’s part of the reason for I think the general sense of seediness and mendacity about the Government.”