The government has admitted Boris Johnson was told in person about allegations against Chris Pincher – but that he forgot about them.

Number 10 was rocked this morning when a former senior civil servant cast doubt on Downing Street’s official line that the prime minister had not been personally told about sexual misconduct claims against the MP.

Lord McDonald, who worked with both men in the Foreign Office, disputed that, saying Mr Johnson was told about a groping complaint – which he said was upheld after an investigation – while serving as foreign secretary.

Now the government has been forced to admit the ex-mandarins account is correct, prompting one Tory MP to call for ministerial resignations in order to force the PM out.

The stunning admission came after a minister was forced to the Commons to answer question about the scandal for the first time.

She said the government’s position has been ‘totally blown apart’ by the peer’s account and accused Mr Johnson of being ‘either negligent or complicit’.

Mr Ellis claimed the PM ‘did not immediately recall’ being told about sexual misconduct claims against Mr Pincher while he was foreign secretary before confirming he was informed.

The confirmation that Mr Johnson was told in person about a specific groping allegations completely undermines Downing Street’s earlier claims on the matter.

Mr Pincher resigned last week and denies a string of sexual misconduct claims made against him.

The government is under mounting pressure as its line on the scandal continues to unravel.

On Monday morning, Number 10 said the prime minister was not aware of specific allegations before Mr Pincher was made deputy chief whip in February.

Hours later, they confirmed he knew of rumours about his behaviour when he promoted him but not about specific allegations.

The U-turn was completed in the Commons by the government acceptance that Mr Johnson was indeed told in person about allegations as far back as 2019.

The admission was forced by Lord McDonald of Salford, who has submitted a formal complaint to Parliamentary Standards Commissioner accusing Number 10 of twisting the truth.

The ex-civil servant, who was the Foreign Office’s most senior official from 2015 to 2020, said it was ‘not true’ that Mr Johnson was not briefed in person about claims against him.

Opposition MPs roared with laughter when Mr Ellis said it was ‘a pleasure’ to address the issue in the Commons before confirming Downing Street’s claims were incorrect. 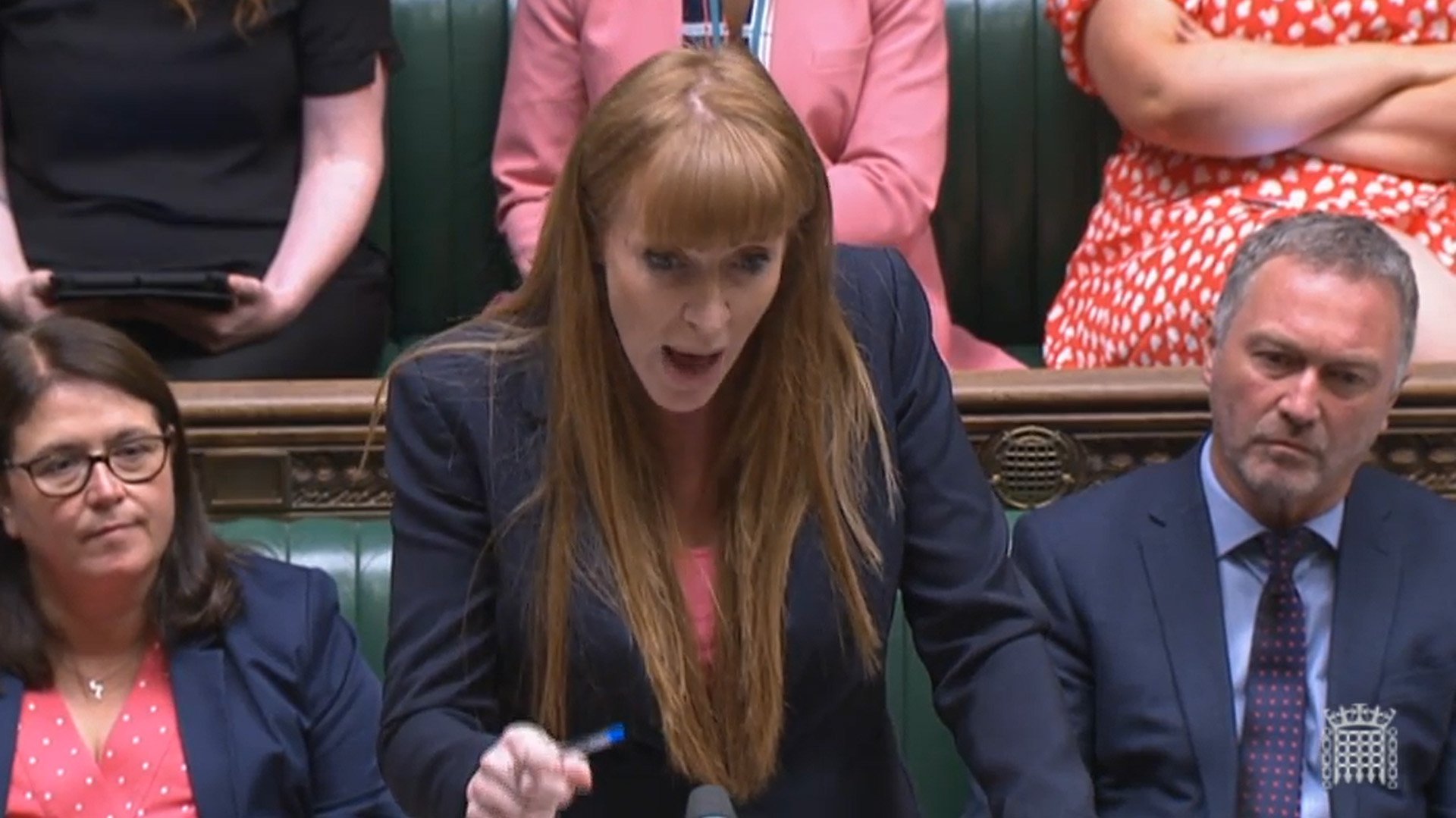 Ms Rayner said in the Commons: ‘This constant charade just will not wash. These latest disturbing allegations about ministerial misconduct are all about abuse of power and there is one common fault about the system currently…and that’s the power that’s granted by this prime minister.’

Conservative MP William Wragg said ministers should ask themselves if ‘they can any longer tolerate being part of a government which, for better or worse, is widely regarded of having lost its sense of direction’.

Following the admission in the Commons, a Number 10 spokesperson said: ‘I can confirm that he was briefed on that about the complaint relating to Mr Pincher in the Foreign Office which was resolved.

‘I don’t believe that that was a formal meeting to inform him of it but I am still seeking to establish the details.’

Number 10 declined to comment yesterday on a claim by Mr Johnson’s former chief adviser Dominic Cummings that he had referred to the MP as ‘Pincher by name, pincher by nature’.

In a statement at the weekend, Mr Pincher said he would co-operate fully with the inquiry and blamed being drunk for his behaviour after being accused of groping two men at a Tory-linked private members club.

He said: ‘The stresses of the last few days, coming on top of those over the last several months, have made me accept that I will benefit from professional medical support.

‘I am in the process of seeking that now, and I hope to be able to return to my constituency duties as soon as possible.’

Mr Pincher was had the Conservative whip withdrawn and now sits as an independent.