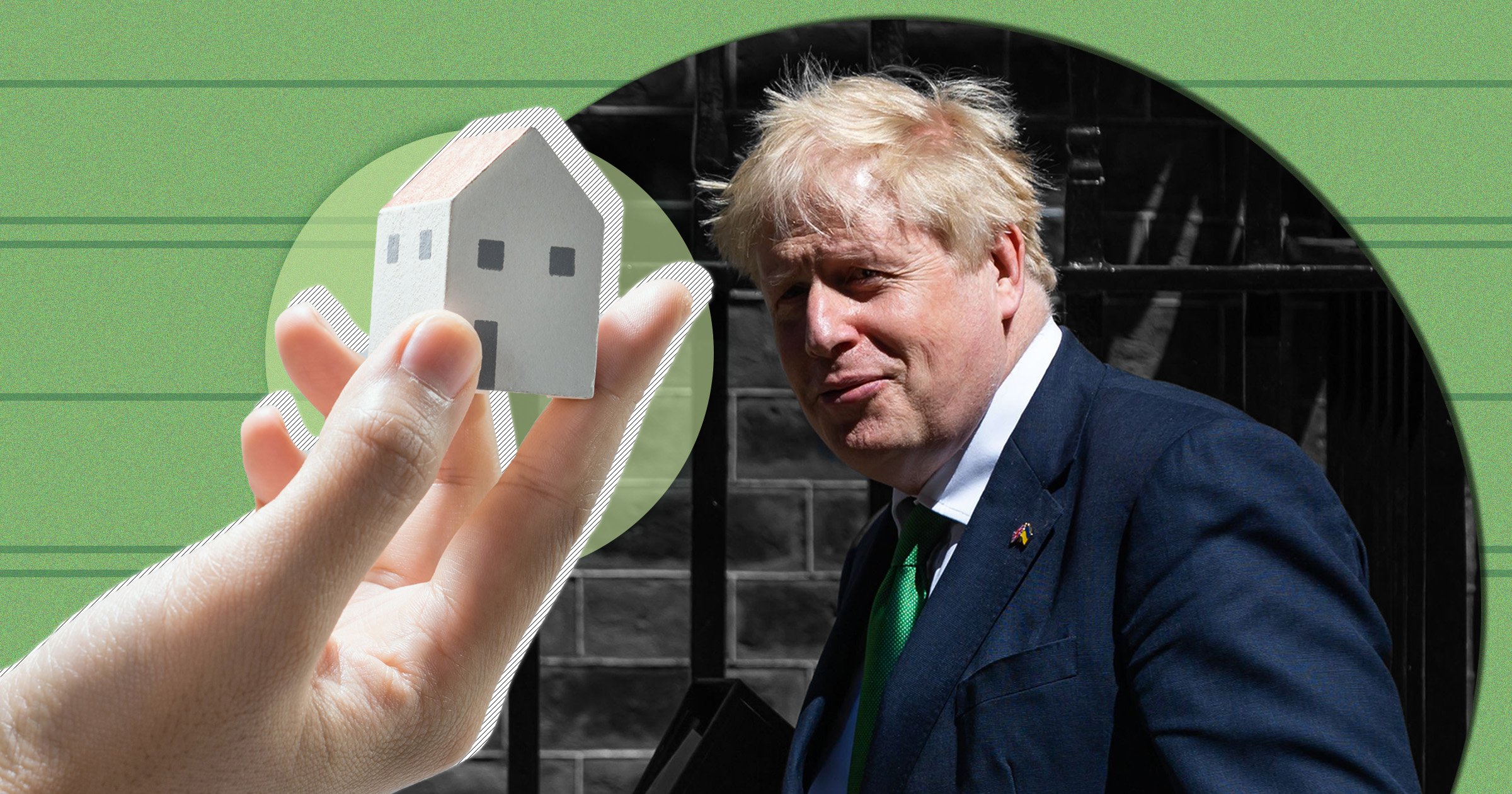 Boris Johnson will set out plans for lower-paid workers to be able to use their housing benefits to buy their homes and an extension of the right to buy for housing association tenants.

The Prime Minister is expected to confirm his intentions in a major speech on Thursday as he seeks to repair his fortunes after a bruising Tory revolt against his leadership.

He will hope the pledges to assist individuals onto the property ladder will please rebel MPs and voters who are facing fresh pressures from the cost-of-living crisis.

Speaking in Lancashire, Mr Johnson will commit to detail ‘reforms to help people cut costs in every area of household expenditure’ over the coming weeks.

He will argue that £30 billion in housing benefit that currently goes towards rent could help people secure and pay for mortgages, according to the Times, which first reported the plan.

The policy was described as ‘benefits to bricks’ by one Tory minister, who added that it would allow young people to pass the affordability checks required to get a mortgage.

More than three million people can claim housing benefit, with huge numbers of people also receiving support with their rent through universal credit.

But the newspaper said his separate desire to give millions of tenants the ability to pay for housing association properties at discounts of up to 70% is likely to be limited to a series of pilots for now, without additional Government funding.

The plan could, however, differ from Margaret Thatcher’s original right to buy policy with a possible commitment to ensure every home bought under the scheme would be replaced to ensure the stock is not run down.

Shadow minister Jess Phillips was among those questioning how the housing benefits policy will work because individuals with more than £16,000 in savings and investments do not qualify for Universal Credit.

‘It’s almost as if Boris Johnson doesn’t do much benefits casework,’ the Labour MP quipped.

The challenge could be further highlighted if another petrol price hike on Thursday takes the average cost of a full tank for a 55-litre family car to more than £100 for the first time.

In his speech, Mr Johnson is set to say: ‘We have the tools we need to get on top of rising prices.

‘And, while it’s not going to be quick or easy, you can be confident that things will get better, that we will emerge from this a strong country with a healthy economy.’

On Wednesday, the PM said the Government will be ‘expanding home ownership for millions of people’ as he vowed to continue in No 10 despite the turmoil.

Downing Street’s press notice issued ahead of the speech contained little detail about the plans, but Mr Johnson will reportedly confirm his intention to give tenants of housing association properties the right to buy their homes.

Proposals for renters to be able to buy their social homes at a discount are not new, and appeared in David Cameron’s 2015 Conservative manifesto.

After that pledge failed to materialise, Mr Johnson committed to consider new pilots for the scheme ahead of the 2019 general election.

Encouraging a wave of modular or ‘flatpack’ homes to be built is another new measure being actively considered, but it was unclear whether the Prime Minister will commit to the move in his speech.

Mr Johnson is in a fight for authority after surviving a no confidence vote despite 148 of his own MPs – or 41% of Conservatives – saying they want him out of No 10.

Aaron Bell, the Tory elected to Newcastle-under-Lyme in 2019 who was among those voting against the Prime Minister, gave Mr Johnson a year to turn things round, aligned with the current 1922 Committee rules for a next leadership challenge.

‘The rules say he has 12 months. I think that’s a fair assessment of the amount of time that he’s got to convince people that he can turn this round,’ he told ITV’s Peston.

But Mr Bell did not rule out colleagues calling on the committee of Tory backbenchers changing the rules to allow for a sooner vote, with one potential flashpoint being the Wakefield and Tiverton and Honiton by-elections later this month.

It was Sue Gray’s report into lockdown-breaching parties in Downing Street that triggered the vote, but Tories on different wings of the party are riled by a range of issues.

Controversial promised legislation to override the Northern Ireland Protocol with the EU and the high levels of tax are among their concerns.

Mr Johnson told Prime Minister’s Questions on Wednesday that the Government will be ‘expanding home ownership for millions of people’ and ‘cutting the costs of business’.

Meanwhile, the Organisation for Economic Co-operation and Development (OECD) slashed its UK growth forecast for this year from 4.75% to 3.64%, with inflation expected to peak at more than 10%.

Data firm Experian Catalist said the average price of a litre of petrol at UK forecourts on Tuesday reached a record 180.7p, with the RAC saying the 2.2p increase was the largest daily jump in 17 years.

A further rise of just 1.2p will take the average cost of a full tank for a 55-litre family car to more than £100 for the first time.