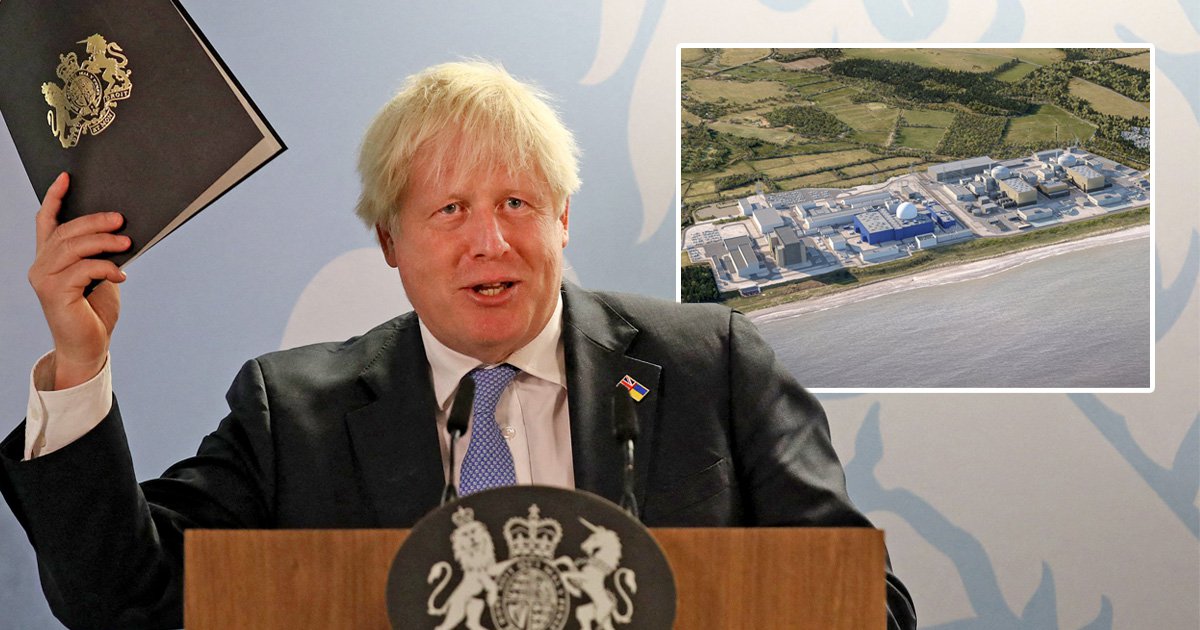 A new nuclear power plant is set to be built in Suffolk after Boris Johnson promised £700 million of funding.

‘We need to pull our national finger out and get on with Sizewell C,’ Mr Johnson said.

He confirmed the funding in his final major policy speech as Prime Minister before handing over to either Liz Truss or Rishi Sunak on September 6.

It is time to ‘go nuclear, go large and go with Sizewell C’, he said in a message to whoever he handed the ‘torch of office’ to.

The twin reactors at the Sizewell site are expected to be built in partnership with energy firm EDF and could power the equivalent of about six million homes.

It is part of a drive to improve the UK’s energy security, which Mr Johnson said was clearly needed due to the spike in gas prices driven by Vladimir Putin’s invasion of Ukraine.

‘That’s why we’re putting £700 million into the deal, just part of the £1.7 billion of Government funding available for developing a large-scale nuclear project to final investment stage in this Parliament,’ he said.

‘In the course of the next few weeks I am absolutely confident that it will get over the line.’

Mr Johnson, in a speech at Sizewell, said there had been a ‘paralysis over British nuclear energy’, blaming successive governments for failing to invest in new reactors.

‘Yes, nuclear always looks – when you begin – it always looks relatively expensive to build and to run,’ he said.

‘But look at what’s happening today, look at the results of Putin’s war. It is certainly cheap by comparison with hydrocarbons today.’

He said that if the under-construction Hinkley Point C in Somerset was operating now ‘it would be cutting our national fuel bills by £3 billion’.

There is already a nuclear power station near Leiston on the Suffolk coast called Sizewell B, which began generating power in 1995.

However, it is due to be decommissioned in 2035, so the new reactors, which will be built close by, are planned to replace some of the generation from this.

In total, the Sizewell C project is estimated to cost around £20 billion, which would mainly be covered by a surcharge on energy bills.