Boris Johnson has slammed reports of alleged conflicts of interest between him and the BBC chairman.

The former British leader has named a review announced today as ‘another example of the BBC disappearing up its own fundament’.

He wore a blue and white beanie this morning, as he said he knows for ‘ding dang sure’ that Richard Sharp knows ‘absolutely nothing’ about his finances.

There are calls for a parliamentary investigation amid claims Mr Sharp helped Mr Johnson secure a loan guarantee of up to £800,000.

It allegedly happened in late 2020 – weeks before the then-PM recommended him for his role.

Mr Sharp has confirmed that he introduced cabinet secretary Simon Case to his ‘old friend’ Sam Blyth, who he said offered to support the then-PM ‘having become aware of the financial pressures’ on him.

He insisted that he was ‘not involved in making a loan, or arranging a guarantee, and I did not arrange any financing’.

But the former banker has asked for a scrutiny panel to examine potential conflicts of interest.

Speaking on Monday after he arrived back from an ‘unofficial’ trip to Ukraine, Mr Johnson told Sky News the reports were ‘a load of complete nonsense, absolute nonsense’. 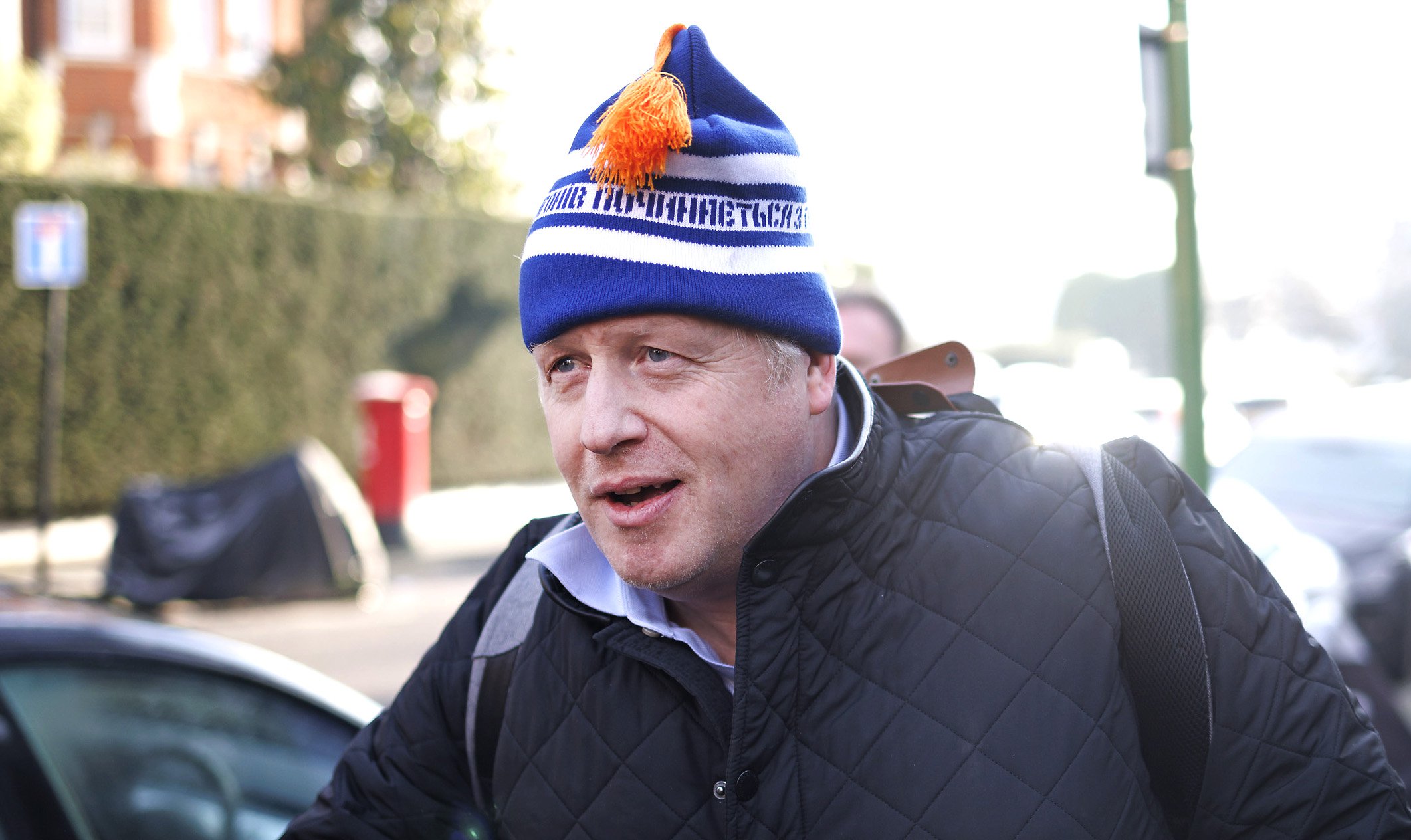 ‘Let me just tell you, Richard Sharp is a good and a wise man’, he said. ‘But he knows absolutely nothing about my personal finances, I can tell you that for 100% ding dang sure.

‘This is just another example of the BBC disappearing up its own fundament.’

Mr Sharp has reportedly told BBC staff: ‘I believe firmly that I was appointed on merit, which the Cabinet Office have also confirmed.’

In a statement, he said he had asked the nominations committee of the BBC board to look at the matter.

He acknowledged ‘distractions such as this are not welcome’ amid ‘many challenges’ at the BBC.

‘Our work at the BBC is rooted in trust’, he said. ‘Although the appointment of the BBC chairman is solely a matter for the government… I want to ensure that all the appropriate guidelines have been followed within the BBC since I have joined.

‘The nominations committee of the BBC board has responsibility for regularly reviewing board members’ conflicts of interest.’

It’s reported that Mr Sharp ‘has agreed with the board’s senior independent director that the committee shall look at this when it next meets and, in the interests of transparency, publish the conclusions’.

In a statement released at the weekend, Mr Johnson said he had never received or tried to get financial advice from Mr Sharp and that there ‘has never been any remuneration or compensation…for this or any other service’.

A spokesman added: ‘Mr Johnson did indeed have dinner with Mr Sharp, whom he has known for almost 20 years, and with his cousin. So what? Big deal.

‘All Mr Johnson’s financial arrangements have been properly declared and registered on the advice of officials.’