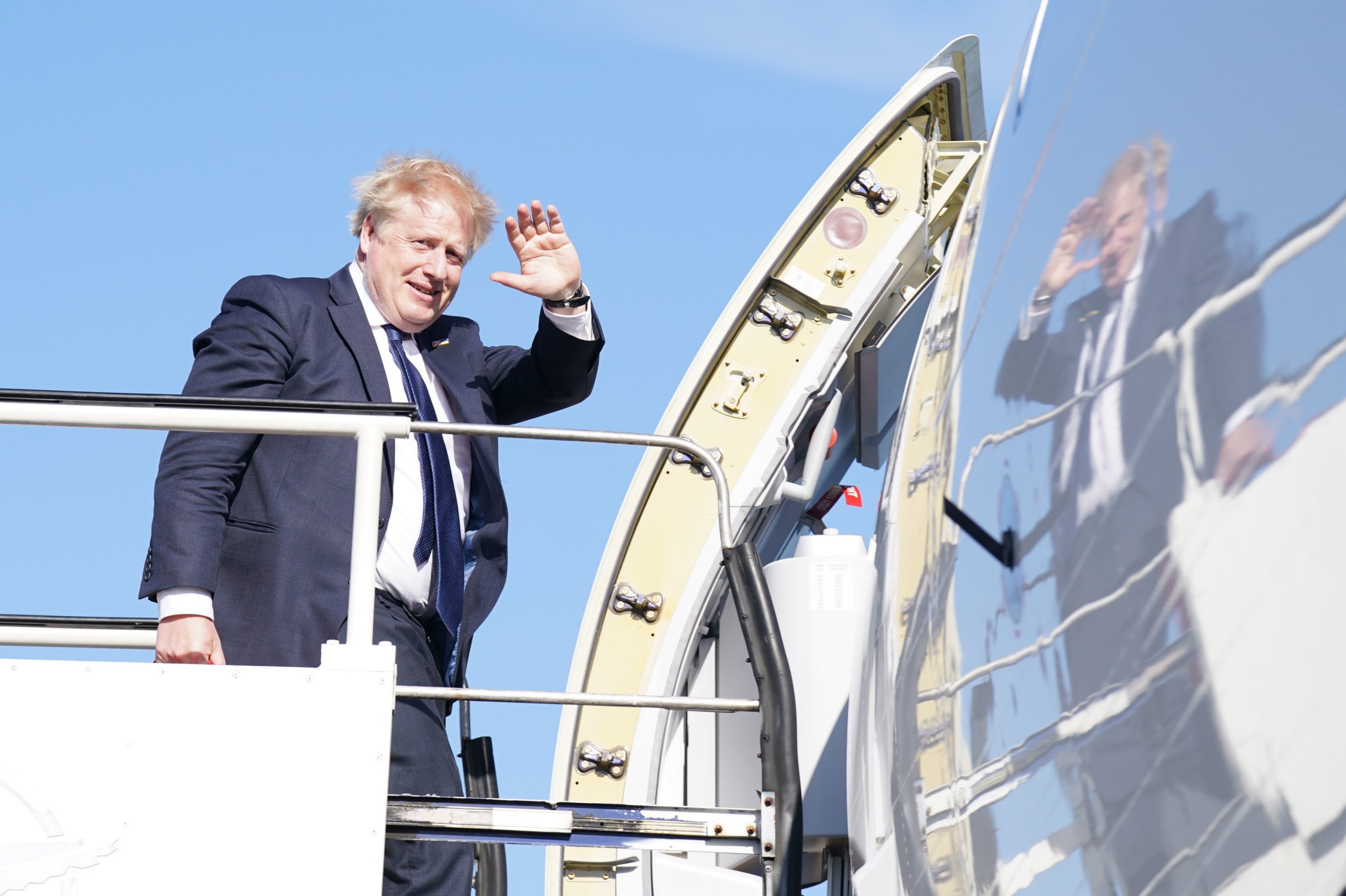 The prime minister has said that he will not step down as Tory leader, and intends to fight the next general election.

It comes after calls for him to resign following a fine for breaching Covid rules that he put into law.

He made the comment on a flight to Gujarat in India today, where he seemed to want to talk about anything other than partygate.

Asked by journalists travelling with him whether he would fight the next general election as the Tory leader, the Prime Minister replied: ‘Of course.’

Pressed on whether there were no circumstances under which he would consider resigning, he said: ‘Not a lot that spring to mind at the moment.

‘But if you want to sketch some out I’m sure you could entertain your viewers with some imaginary circumstances in which I might have to resign, but I don’t propose to go into them, I can’t think of them right now.’

Mr Johnson has already been given one fixed-penalty notice, relating to his 56th birthday.

His aides are bracing for him to receive several more, as he is thought to have attended six of the 12 events being investigated by the Metropolitan Police.

Today’s comments just one day after he apologised to Parliament for being given the fines, insisting he didn’t realise he was breaking his own rules.

In his first appearance in the Commons since being given the fine, one of his own senior MPs told him to his face that he should resign and formally called for a leadership election.

Tomorrow, a Labour-led motion calling for a Commons investigation into whether he lied to Parliament will take place.

The Government has tabled an amendment to delay the vote on whether there should be a probe, until police inquiry into parties in Downing Street and Whitehall during lockdown has concluded, and the Sue Gray report has been published.

This will allow MPs ‘to have all the facts at their disposal’ when they make a decision, it said.

It is understood that all Tory MPs will be whipped to support the amendment.

Mr Johnson suggested he thought it was time for everyone to move on from the fact he has become the first sitting prime minister to have broken the law.

He said: ‘Politics has taught me one thing which is you’re better off talking and focusing on the things that matter, the things that make a real difference to the electorate and not about politicians themselves.’

Pressed if he thought that meant partygate does not matter to the public, he said: ‘You’re better off talking about things other than politicians themselves, is my view.’