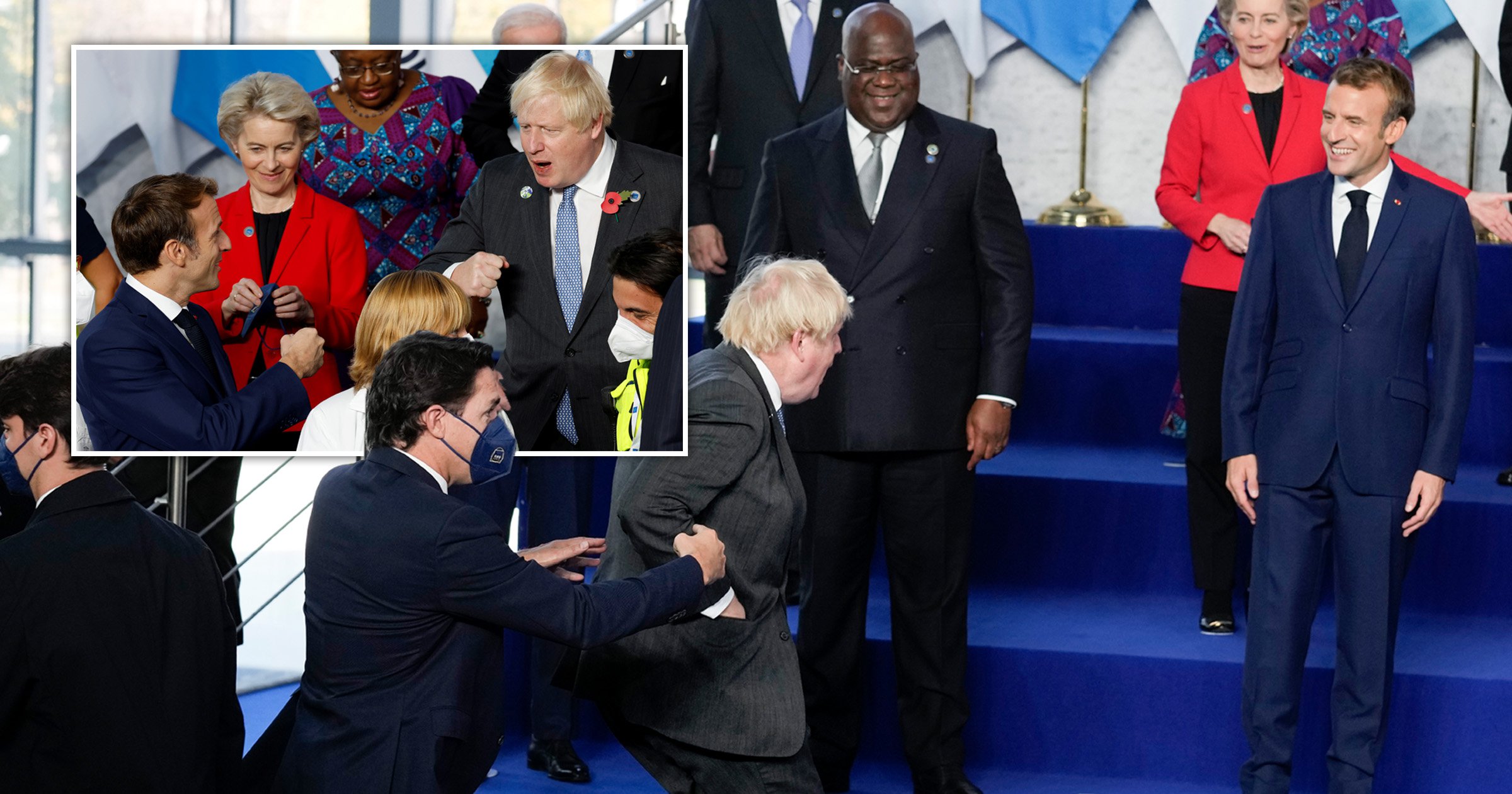 Boris Johnson says he is not concerned about the prospect of an ugly diplomatic spat with France overshadowing the Cop26 summit.

The prime minister and his French counterpart could discuss the fishing dispute during a G20 meeting in Rome this weekend.

But with French fishermen threatening to block supply lines into Britain as early as Tuesday, the row could drag into the crunch climate change summit.

The situation is reminiscent of the situation at the G7 summit in Cornwall where another Brexit-related sideshow took up time on the agenda.

Climate change and post-pandemic recovery were supposed to be the dominant themes there – but Mr Johnson spent a significant chunk of time discussing tariffs on sausages.

But the PM brushed the row off, despite last night threatening to do ‘whatever it takes’ to protect British interests.

He told reporters: ‘This time it’s fish rather than sausages, I don’t know if that’s an improvement but look, actually there are bigger fish to fry, everybody knows that.’

The pair have been photographed together today but did not appear to speak, although a meeting will reportedly take place today.

‘The ties that unite us and bind us together are far stronger than the turbulence that currently exists in the relationship.

‘That’s what I’m going to say to Emmanuel who’s a friend I’ve known for many years.’

Mr Macron was all smiles as the PM and Canadian premier Justin Trudeau showed up late to a photoshoot with other world leaders, with some calling ‘Boris’ and another heard saying ‘every time’.

The government has threatened to start legal proceedings, accusing France of breaching the Brexit trade deal when it impounded a British trawler.

So far, the dispute has already seen the French ambassador summoned to Whitehall and France write to the EU to demand more support from Brussels.

If the row doesn’t cool off in the next 48 hours, Mr Johnson could find himself preoccupied with matters off the south coast rather than north of the border in Glasgow.

President and chairman of the ports of Calais and Boulogne-sur-Mer, Jean-Marc Puissesseau, told the BBC: ‘If no agreement can be found, it will be a drama, it will be a disaster in your country because the trucks will not cross (the border).

‘I think it is a ridiculous point and I hope that the British will find an agreement, a solution to get out of this point.’

He added: ;For us in Calais, I think it is on Tuesday, we have to control more trucks getting out of our port and trucks coming from your country.

‘And that’s only for 40 little boats which are not allowed to fish in your country, so I hope there will be an agreement on that over the weekend.’