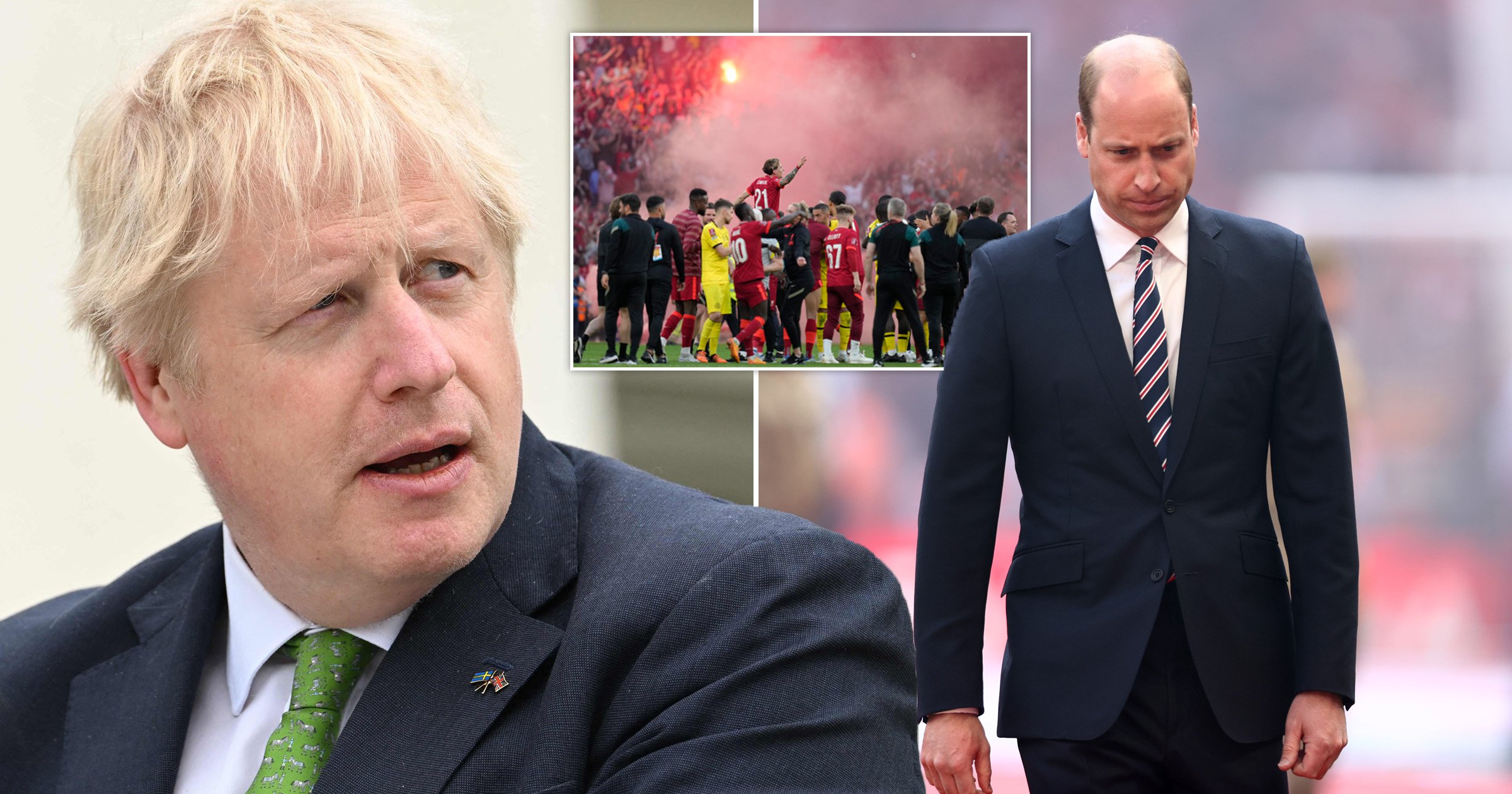 The prime minister’s official spokesman said the supporters’ behaviour was ‘a great shame’.

The rebuke came after Liverpool’s manager Jurgen Klopp defended the club’s supporters as ‘wonderful people’ who may have had ‘historical reasons to boo’.

Fans could be heard booing at Wembley as Prince William, President of the Football Association, was introduced during the pre-match BBC television coverage.

Boos were also heard during God Save The Queen and a rendition of the Christian hymn Abide With Me.

At a briefing for journalists this morning, the PM’s spokesman was asked about comments from Klopp, who said: ‘In this situation the best question is “why does this happen?” The people do not do it for no reason. Maybe we should ask this question?’

Asked if the PM agreed, the spokesman said: ‘No. It was a great shame that as we were marking 150 years of the FA cup, an event that brings people together, that a small minority chose to act in that way.’

Reds’ fans have been well known for booing God Save the Queen at footballing events since the 1980s.

Many cite Conservative governments’ alleged ‘managed decline’ of the city and government failings over the Hillsborough disaster as the cause for the boos.

In recent years, the people of Merseyside feel they continue to be let down by the state and believe the foodbanks outside Anfield and Goodison is evidence of widening inequalities.

The frosty relationship between city and country also translates to the English national team, with many Liverpudlians not supporting England during major tournaments like the Euros or the World Cup.

A flag regularly spotted at Anfield reads ‘scouse not English’ and is seen on display at most games.

The boo, just weeks before the Queen celebrates her Platinum Jubilee, drew fierce criticism from across the political divide.

‘The FA Cup final should be an occasion when we come together as a country. It should not be ruined by a minority of fans’ totally shameful behaviour. In this year of all years – the Queen’s Platinum Jubilee – this is dreadful.’

Meanwhile, Sir Ed Davey, leader of the Liberal Democrats said: ‘We have the most wonderful Monarch and those fans who booed do not represent their clubs or our country.’

Neither the FA nor Kensington Palace formally responded to Saturday’s incidents, although the Duke did tweet his congratulations to Liverpool in the wake of their victory on penalties.