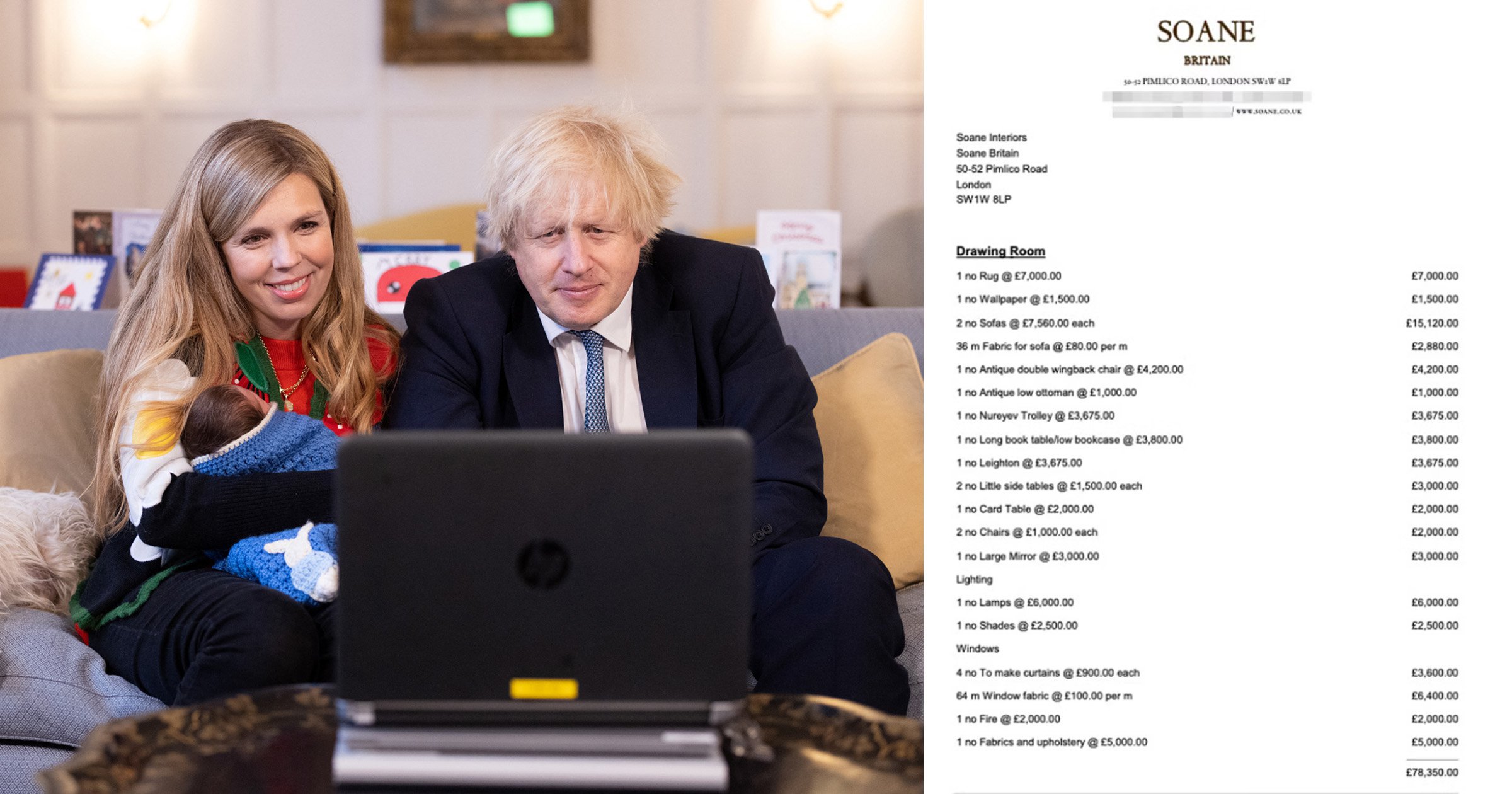 A leaked copy of the invoice for renovations at Boris Johnson’s Downing Street flat reveals the so-called Wallpapergate scandal cost in excess of £200,000.

Items on the itinerary include the infamous ‘hand-crafted’ gold wallpaper, said to have cost a total of £2,250.

A further £3,000 was spent on a ‘paint effect’ for the hallway of the Number 11 flat – amid claims Mr Johnson privately told aides the refurbishment was ‘out of control’.

Building works at the property, including painting, decorating, sanding the floorboards and new furnishings, added £30,000 to the total £208,104 bill, according to the Independent.

The makeover is thought to have been inspired by Mrs Johnson’s desire to remove the ‘John Lewis furniture nightmare’ left by her husband’s predecessor, Theresa May.

The invoice was sent in 2020 to the Cabinet Office, which allocates an annual allowance of £30,000 to renovate the PM’s living quarters.

Downing Street at the time said the additional costs had been met by Mr Johnson personally and insisted Conservative Party funds had not been used.

But it later emerged more than £50,000 of the bill had been funded by Tory donor, Lord Brownlow.

The PM eventually settled all the costs himself including those paid for by the 57-year-old peer.

Despite the scandal being dubbed Wallpapergate, the upholstery bill was far higher, with more than £21,000 spent on upholstery and curtains, according to the invoice.

The document, sent by interior designer Lulu Lytle’s Soane Britain company, shows 10 rolls of Espalier Square Wallpaper costing £225 each were purchased for the entrance hall of the flat.

A further 15 rolls of wallpaper costing £55 each were bought for the kitchen.

Among the other extravagant purchases were eight upholstered dining chairs costing £1,410 each – adding up to £11,280.

Meanwhile an antique chair had a price-tag of £4,200 while a hanging light in the entrance hall cost £4,465.

Mr Johnson apologised in January for failing to disclose messages between himself and Lord Brownlow to Whitehall ethics advisor, Lord Geidt – who quit in June after expressing his ‘frustration’ over partygate.

Wallpapergate is just one of a string of scandals which engulfed Downing Street and set the wheels in motion for Mr Johnson’s downfall, as he was dramatically forced to resign yesterday when almost 60 MPs turned against him in a brutal rebellion.

The Johnsons’ lavish spending has sparked fury as millions have been forced to choose between heating and eating during the cost of living crisis.