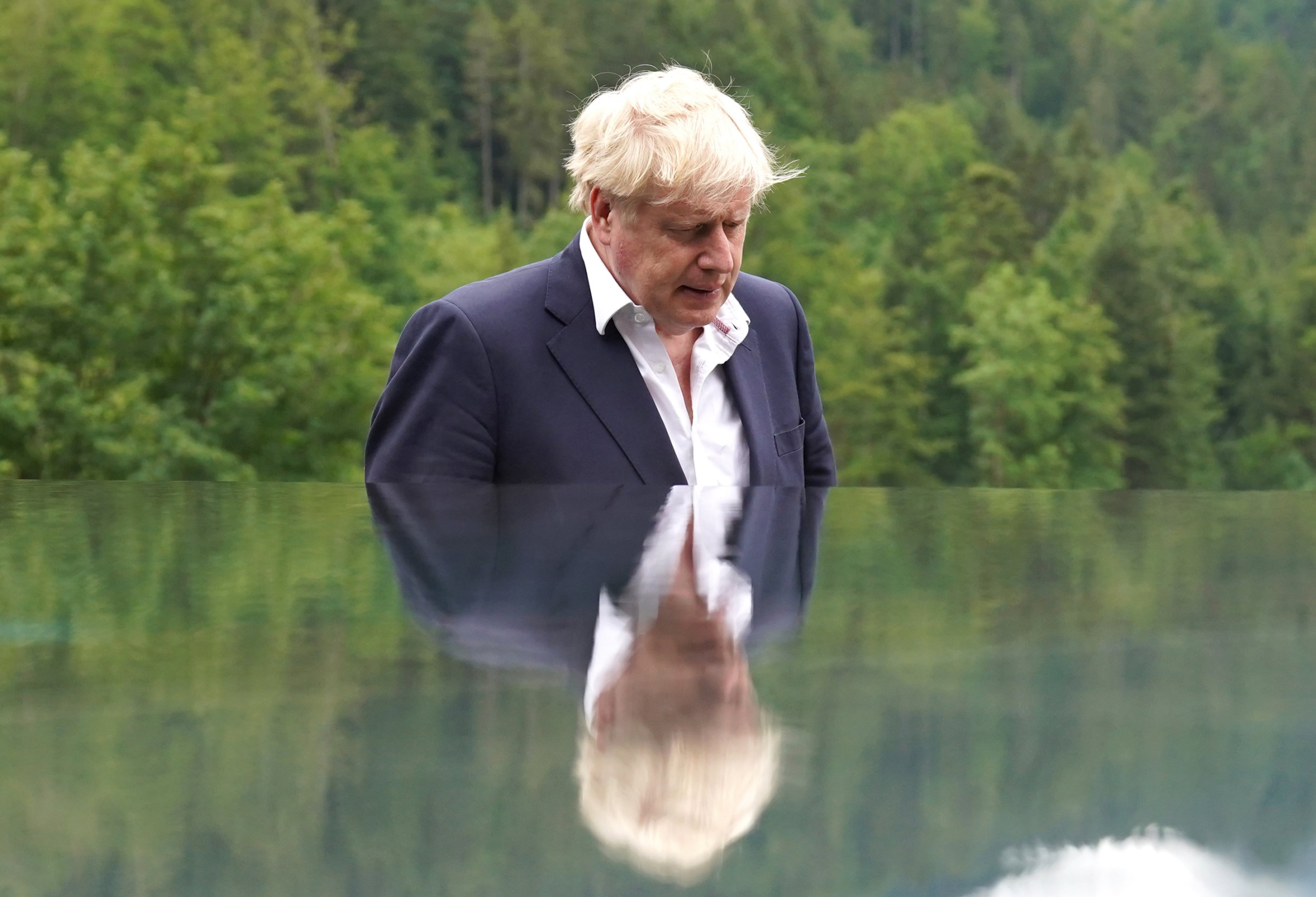 Boris Johnson staying in post until October after his imminent resignation has been likened to the prime minister ‘working with his own firing squad’.

Political commentators reacted with doubt at how an arrangement for Mr Johnson to stay on while a successor is appointed would work.

The Tory leader is expected to outline his stand-down in a statement today, following the unravelling of his administration amid an unprecedented flood of resignations.

He is due to announce plans to serve until the autumn to allow a leadership contest to take place over the summer, according to reports.

Darren Lilleker, professor of political communications at Bournemouth University, said: ‘This is the last point Boris could have left with some semblance of dignity, to be dragged out kicking and screaming is not the best look of how he would have wanted to things to have ended.

‘He can walk out and say why he thinks he’s having to leave, which could be very interesting because he is not one for taking responsibility.

‘He may well play the blame game, and he could well blame the media or people who have been around him.

‘He will also likely trot out a whole series of achievements of things he will say could not have been achieved without him. That narcissism and inability to take blame will probably override any humility in his departure.

‘The question really is whether he can remain until October and how it will work, it’s like working with your own firing squad.

‘In terms of effective government, it would be far better if he went today and for deputy prime minister Dominic Raab to take over as leader in the interim until a leadership contest is held. I can’t imagine there will be a working relationship around that Cabinet table.’

Mr Johnson is reportedly set to announced his climbdown after the rapid collapse in his administration, with more than 50 ministers and aides quitting since yesterday.

The departures of Sajid Javid and Rishi Sunak were the firing gun for the current exodus and another key moment fell when the prime minister sacked Levelling Up, Housing and Communities Secretary Michael Gove.

In the face of such a massive loss of confidence, doubts have been cast at how the interim arrangement can provide effective national leadership after the implosion of an administration that is unprecedented in modern times.

The process of a prime minister stepping down ahead of a new leader being appointed is a complicated one involving the Queen appointing a successor.

But many see this as preferable to the current state of affairs, which has included even Nadhim Zahawi calling on the leader to ‘go,now’, just hours after being appointed the new Chancellor of the Exchequer.

Mr Lilleker said: ‘Perhaps Mr Johnson’s resignation address will be the sneering but proud peacock – I cannot imagine him being humble or contrite but then who knows. I guess him remaining in office is still showing his barnacle mentality and perhaps with similar negative impacts on governance over the next four months.

‘There is also the danger of him pursuing a scorched earth approach and defying all conventions. A clean break would be best – with Raab as interim – as that will minimise the damage caused by a lame duck PM with a narcissistic personality.’

A number of Tory MPs have also called on their embattled leader to step down immediately. The Institute for Government says the mechanism for an immediate exit would be the prime minister resigning and recommending the Queen appoint someone else.

Tory MP George Freeman said: ‘Now PM has finally done the decent thing he needs to hand in the seals of office, apologise to Her Majesty, allow her to appoint a Caretaker under whom Ministers can serve, so the Conservative Party can choose a new leader properly.’

Business Secretary Kwasi Kwarteng is another Tory who believes a quicker exit is in the best interests of the country.

Mr Kwarteng tweeted: ‘What a depressing state of affairs. So much needless damage caused. We now need a new leader as soon as practicable.

‘Someone who can rebuild trust, heal the country, and set out a new, sensible and consistent economic approach to help families.’

He is said to have spoken to the chairman of the Conservative backbench 1922 Committee, Sir Graham Brady, and agreed to leave office.

A Number 10 spokesman said: ‘The prime minister will make a statement to the country today.’