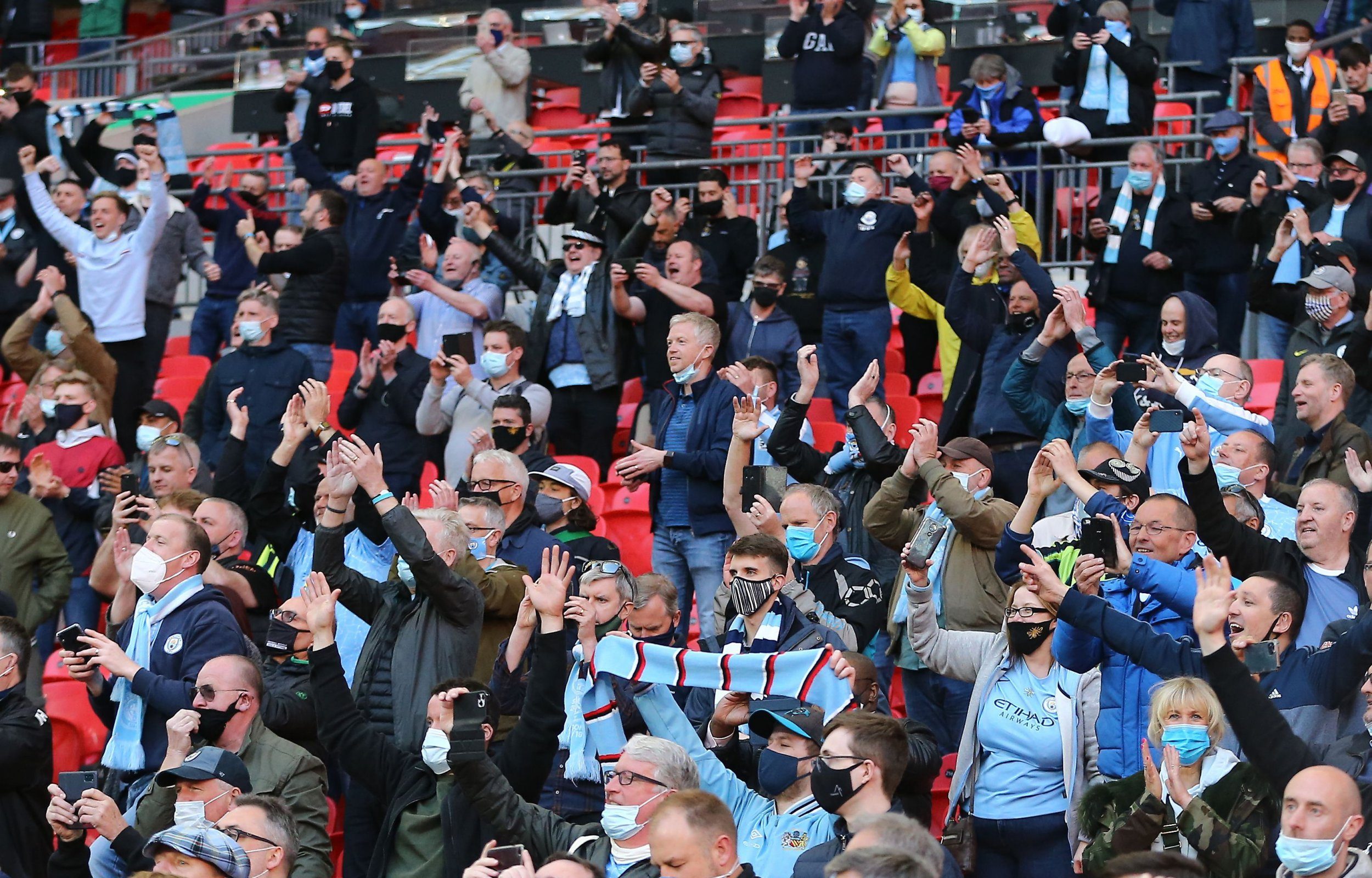 Boris Johnson will be told that social distancing for large events can be dropped from June 21 after initial results from a pilot scheme revealed no spike in infections, it has been reported.

Scientists advising the government have been closely observing the impact of allowing fans back into venues for sporting events including the FA Cup semi-final and World Snooker Championship.

Early data suggests ‘there are some effective ways to manage risk that could remove the need to have social distancing at events’, a source familiar with an interim report due to be handed to ministers told the Telegraph.

Those are said to include staggering entry times to avoid overcrowding in enclosed spaces such as aisles and doorways and better ventilation at indoor venues.

The conclusions will reportedly be framed as an ‘initial view’ from scientists – with further pilot events coming next month.

But it is a strong indication that sporting events, theatres and cinemas may be able to welcome back large crowds from June 21 when all remaining social distancing restrictions could be lifted under the final stage in Boris Johnson’s roadmap.

And that optimism was further boosted by new analysis showing that Covid-19 case rates have dropped below 50 cases per 100,000 people in more than 95% of local areas of the UK.

It is the first time since the start of September that as many as 19 in 20 areas have seen their rates plunge below such a symbolic level.

Around one in 10 areas are even recording rates in single figures.

It is almost a complete turnaround from how the data looked three months ago, when the second wave of coronavirus had just peaked.

Prof Tim Spector OBE, who leads the ZOE COVID Symptom Study, told the Mirror: ‘Rates are low, we’re not out of it yet but we can be optimistic.

‘We shouldn’t be too worried about meeting people outside. I think we can start to increasingly enjoy life as long as we’re sensible.’

Meanwhile, nearly two-thirds of the adult population in the UK have had at least one dose of the vaccine.

More than 14 million are now full-protected after having both.

Speaking earlier this week, Jonathan Van-Tam, England’s deputy chief medical officer, said it would be ‘incredibly safe’ for two vaccinated people to meet up, before urging them to ‘hold the line for just a teeny bit longer’.

Prof Van-Tam said: ‘If two people who both had two doses of vaccine and have both served at least 14 days after their second dose, then I would be highly confident scientifically that if they were reputable vaccines then indeed it would be incredibly safe for those two people to meet.’

On when that could happen in the UK, he told a Downing Street press conference: ‘Soon, I really hope soon, but not quite now.’

Prof Van-Tam added: ‘I know this feels tantalisingly, extremely close, and it is going to be frustrating at times for people, particularly those who’ve had their two doses.

‘But we just need to make sure we don’t have to go backwards again on any of this and just hold the line a teeny bit longer.’