Sir Winston Churchill’s statue was vandalised with the words, “is a racist” tagged on the plinth of Great Britain’s famous wartime leader. Current sentencing guidelines say any such offence carries the potential for a 10-year jail sentence in England or Wales under the crime of damaging war memorials or graves. With this in mind, Express.co.uk asked readers in our exclusive poll today, “Should punishment for vandalising a statue be harsher?”

Just 35 people voted no in the poll while eight were unsure.

Commenting on the poll, one person said: “Definitely stronger punishments for those vandalising monuments to national heroes.”

Another said: “Rather than money being spent on cleaning up after these criminals, I would rather they were spent on longer custodial sentences!” 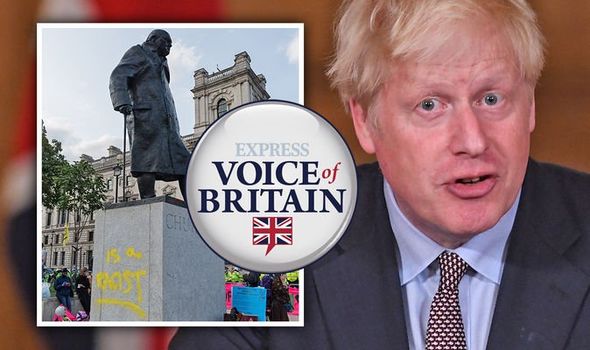 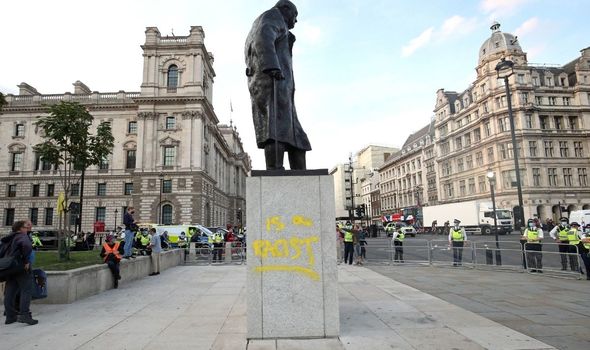 A third said: “It should be no one’s responsibility to board up statues!

“It’s the police’s responsibility to catch them and send them to court.

“It’s the court’s responsibility to punish them!”

A fourth said: “Britain needs to clamp down on protesters.

JUST IN: Churchill was a racist? Just wait till you hear about the guy he beat! 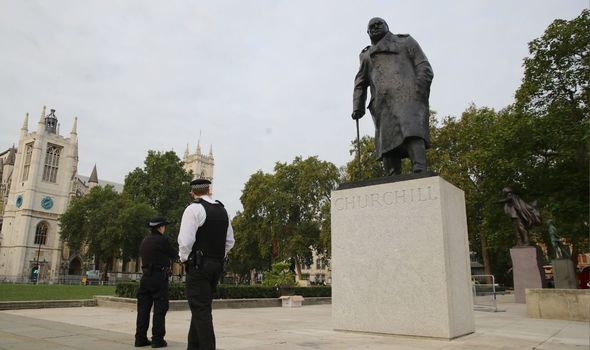 “All demonstrations should provide indemnity certificates to the local council so that the council can claim back all repairs, replacements, damages and expenses, replacement statures, police costs, fire and ambulance services and other miscellaneous costs incurred by the demonstrators.

“Taxpayers should not pay for their damage.”

Amid the Black Lives Matter protests, the statue of Britain’s most famous Prime Minister was boarded up.

This was to prevent the statue from being spray painted or vandalised following the large protests which occurred in the capital three months ago. 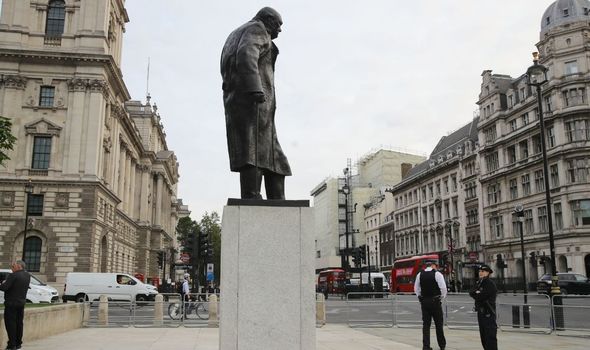 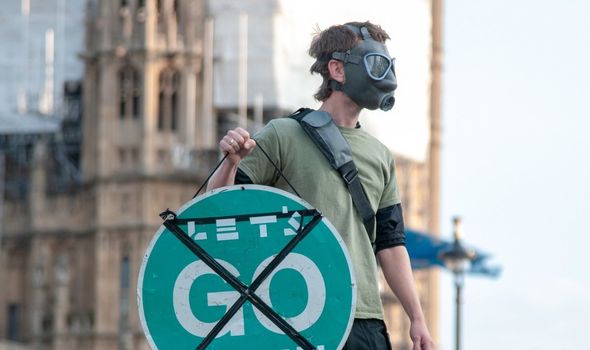 Police confirmed today a man was charged after defacing the statue on Thursday.

This summer, the Metropolitan Police have attempted to contain protests and unlicensed musical events amid the coronavirus pandemic.

Over the last 10 days, Extinction Rebellion protestors have held demonstrations across the capital.

On the last day of the demonstrations, police arrested 13 topless female protestors.

The group of women had chained themselves to railings around Parliament.

Last weekend, the group had also stopped the printing of newspapers in Herefordshire and Merseyside. 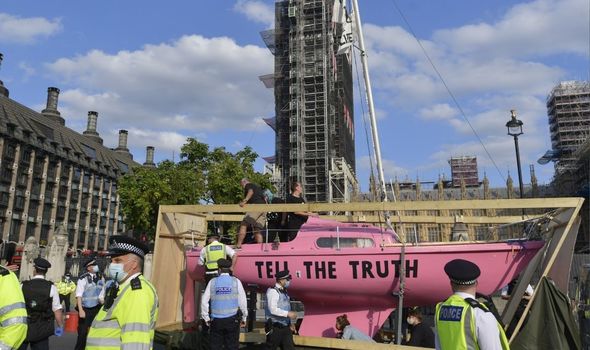 The demonstration took place at two print works and stopped the distribution of The Sun, The Times, The Sun on Sunday, The Sunday Times and The Scottish Sun.

Approximately 80 people were arrested in conjunction with the demonstrations.