The Prime Minister has warned he would consider suspending elements of the protocol if the issues causing trade disruption are not addressed. The Government and European Commission are due to hold further talks aimed at finding solutions next week.

The use of Article 16 amounts to economic warfare

Cabinet Minister Michael Gove has suggested extending of a series of grace periods that are currently in operation that limit the level of bureaucracy associated with the protocol.

The Government wants to extend these exemption periods, some of which are due to expire at the end of March, to January 2023 in order to provide space to find permanent solutions.

But an exclusive Express.co.uk poll found a vast majority are in favour of scrapping the Protocol altogether. 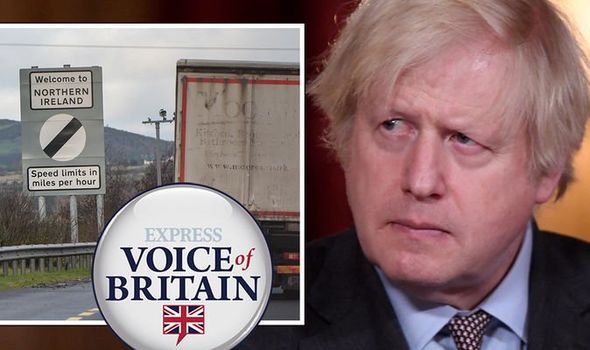 Responding in the comments section of the poll, one reader said: “The use of Article 16 amounts to economic warfare.

“Boris should now defend the UK in any manner required.

“We cannot continue to turn the other cheek. We must bite back.”

Another said: “If Boris does not give notice to EU and withdraw Northern Ireland from the EU Customs Union, the EU will keep using this in future to blackmail and threaten the British government.” 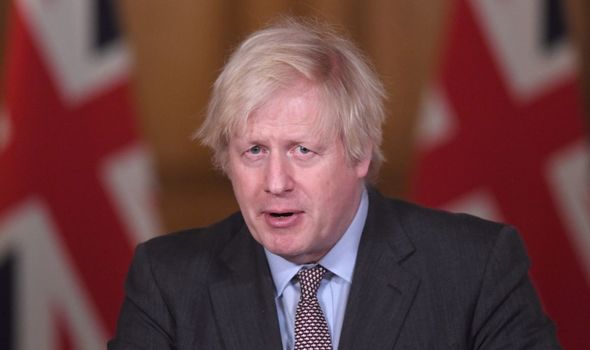 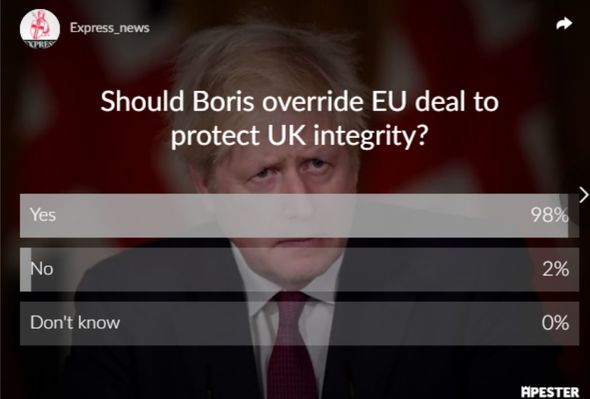 Another reader said: “The duty of any country is to protect its citizens and its sovereignty.”

And another said: “The EU invoked Article 16 of the Protocol, albeit for only a couple of hours, without following the agreed procedure.

“The fact that they even considered that this was an appropriate response, never mind that they blithely put it into practice, only goes to show that these are merely words on some bit of paper that are of no consequence whatsoever.”

The poll results come amid growing concern that measures in the Withdrawal Agreement intended to keep open the land border with the Republic are disrupting trade between Northern Ireland and the rest of the UK.

She said the measure was “fundamentally flawed” and that extending grace periods on trade represented sticking-plaster solutions. 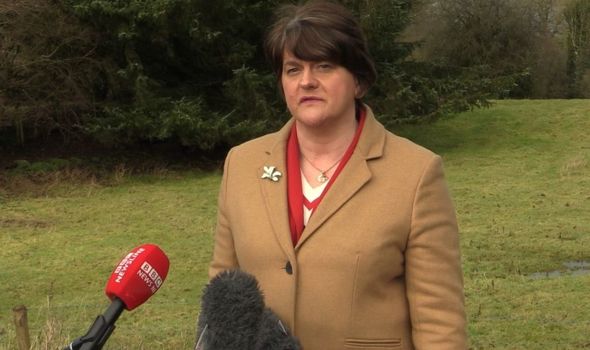 Mrs Foster said: “These are not teething problems.

“People need to get their heads out of the sand and get their fingers out of their ears and actually listen to what people in Northern Ireland are having to deal with.”

The row erupted when the EU moved to invoke Article 16 last week, prompting outrage, as they tried to block Covid vaccine doses from being exported from the continent.